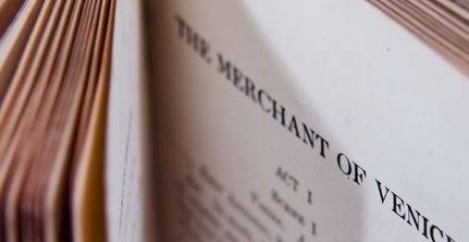 400 years on, the Bard continues to influence Britain’s workplaces 0 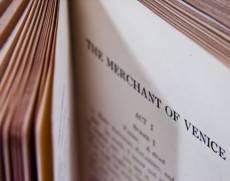 It has been well reported that Saturday (23rd April) marks the 400th anniversary of the death of one of Britain’s most famous literary geniuses, William Shakespeare. The reasons for his enduring popularity are clear, as the website Shakespeare Online points out, if you cannot find words to express how you feel about love or music or growing older, Shakespeare can speak for you. What is somewhat less known is that Shakespeare is credited with coining over 1700 words that are now in use in English, generally through changing nouns into verbs and verbs into adjectives, connecting existing words and, in some cases, coming up with wholly new creations. To mark the occasion, the Association of Accounting Technicians (AAT) has selected five words that the playwright brought into our language which are heard up and down businesses throughout the UK on a daily basis.

First uttered by Shylock who declared “mark what Jacob did when Laban and himself were compromised”, there are few businesses – from start-ups right through to multinationals arranging major deals – that can make many decisions without some degree of compromise being reached. This leads on to…:

Derived from the Latin negotium – literally meaning ‘business’, neg standing for ‘not’ and otium meaning ‘leisure’ – Shakespeare moved the word into its current meaning of ‘done in the course of business’ through the character of Claudio, when saying “Let every eye negotiate for itself and trust no agent”. Now, of course, almost every aspect of business involves some degree of negotiation skills.

Few businesses will get very far without making some investment into advertising, and Duke Vincento recognises its power at an early stage, suggesting to Isabella “Your friar is now your prince: as I was then advertising and holy to your business.”  Little could the Duke have realised that advertising – both holy and unholy – is now worth an estimated £420 billion worldwide¹.

Businesses seek to be champions in their own field while many encourage employees to take on championing roles – be that to support local communities, charities or even their fellow workers. But ‘champion’ began life in a much more sinister fashion. Macbeth himself calls upon fate to “champion me to the utterance!” essentially asking death to be his champion against Banquo, who is murdered before the scene ends.

This first appeared during a conversation between Rosalind and Celia, with the latter responding to Rosalind’s concern that “We shall be news-crammed” with the retort “All the better, we shall be the more marketable.” Now the word stands for the idea to make a business successfully generate revenue.

Source for words used in this article: Shakespeare Online.

Mark Farrar is CEO of AAT  (Association of Accounting Technicians) – the UK’s leading qualification and professional body for vocational accountants, with over 130,000 members around the world. They offer a range of qualifications that are open to all regardless of previous qualifications or age, with students encompassing a wide range from school and college leavers undertaking apprenticeships, to older people hoping to change their career or learn the skills to run their own business.