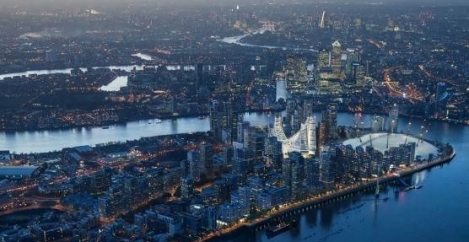 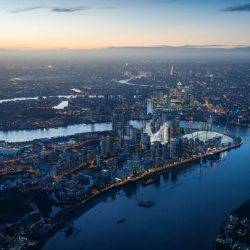 Since the announcement in June last year that Britain would be leaving the EU as a result of Brexit, there has been a widespread assumption that occupier demand, and hence wider market confidence in the commercial property market, would be knocked. Yet that does not seem to be the case, according to a study by real estate  advisers Knight Frank, who have tracked financial and TMT requirements over the last 12 months, and compared them to key years in the property cycle. The study claims  that the property market has mirrored the wider  UK economy, which has proved resilient following the vote to leave the EU. Firms have reported a shortage of skilled workers across a range of industries including IT, accountancy and engineering. Demand for staff is growing within all sectors and all regions of the UK, but there are fewer and fewer people available to fill the vacancies. A survey of UK CEO’s conducted by PWC at the start of the year reported that six in every ten respondents expected an increase in company headcount during the course of the year. Furthermore, a number of large international firms have acquired new offices, and many companies expanded across Central London including Expedia, WeWork, HSBC Digital and Zoopla.

Knight Frank analysed the requirements that were active at the beginning of 2016, noting the status of each search at the end of the year. The results were split in to a number of categories, with the expectation that the occupier would have either:

The analysis suggests that demand has certainly outperformed other constrained years of instability and was more buoyant than most would have predicted nine months ago as seen in the following graphs. Occupiers have remained focussed on their goal and proceeded in satisfying their requirement despite the uncertainty in market conditions.

Percentage of active requirements which transacted

Looking at the financial sector specifically, 80 percent of companies who had active market requirements at the beginning of the year still went on to transact in the market, albeit 10 percent of those chose to renew or re-gear at their existing offices. It must be noted that despite these positive results, there was still a clear weakening of demand from the financial services sector; the level of take-up from financial occupiers across Central London in 2016 was 28 percent below the long-term average of 2.5 m sq ft.

During 2016 the TMT sector was least affected by Brexit uncertainty with 83 percent of active searches during the 12 months either transacting, under offer or still searching for their preferred option. Understandably with the fast growth trajectory of this sector, the option to renew or re-gear their existing lease accounted for just 2 percent. Just 11 percent withdrew or put their search on hold. This was also reflected in the latest take-up figures, with the sector holding up well with take-up levels nearly 12 percent above the long-term average. The TMT sector has accounted for approximately a quarter of total take-up in Central London since 2010, accounting for 26 percent in 2016. London remains an attractive business location for this sector as firms are not faced with significant regulatory issues as a result of leaving the EU.

The results reveal that those with an active requirement last year in the financial and TMT sectors were not deterred despite the uncertainty surrounding Brexit, and the majority went on to transact during the course of the year. The report did not find above average levels of take-up during the year but we did witness the rate of replacement of requirements increase with demand totalling 8.6 m sq ft, 18% above the same quarter last year.

Requirements are becoming more product and cost driven over location, creating a lack of suitable options for many. There is constant competitive pressure on all requirements from all sectors, combined with a tightening development pipeline across Central London; occupiers can’t stand still during these market conditions.