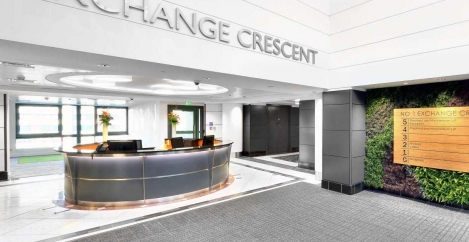 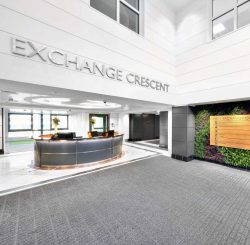 The majority (90 percent) of Grade A deals for commercial offices in Edinburgh so far this year came from the tech sector, according to Savills, resulting in TMT being the most active business sector of the first quarter of 2019. Key deals included Amazon signing for 30,000 sq ft at Exchange Crescent and Epic Games taking 10,000 sq ft at Quartermile 2. This reflects that fact that over the past five years, Edinburgh has seen employment growth of 7 percent in the professional scientific and tech industries and is forecast to see a further 11 percent over the next five years; resulting in a projected 3,800 net additional jobs in these industries

Growing demand means supply of CRE in Edinburgh city centre , which has been on a downward trend since 2009 is now at an all-time low. Central Edinburgh currently has a total available office supply of 574,000 sq ft, of that 203,000 sq ft is Grade A. Restricted availability is likely to have an impact on reported take-up levels moving forward. With limited choice, many occupiers are likely to consider re-gears rather than relocating.

Growing demand means supply of CRE in Edinburgh city centre, which has been on a downward trend since 2009 is now at an all-time low.

While the city centre remains the focus for most organisations, not all require a central location and supply restrictions may see a movement of these occupiers to more peripheral and out-of-town locations. However, notwithstanding these shortages, Edinburgh city centre experienced a 45 percent increase in Grade A take-up during Q1 2019.

Central Edinburgh currently has a total available office supply of 574,000 sq ft, of that 203,000 sq ft is Grade A, although much of this is considered secondary Grade A. Central Edinburgh currently only has enough supply to meet 1.1 years of demand and 0.8 years for Grade A, demonstrating a severe under-supply. Additionally, there is only one brand new Grade A building in the city centre with available space. 2 Semple Street, which has a total area of 40,000 sq ft, currently has a number of floors under offer, and with no new deliveries until 2020, it is clear that this space will let quickly.

Although no rental growth was seen during Q1, Savills forecasts that by the end of the year Edinburgh city centre will experience rental growth of 6 percent, with prime rents of over £35 per sq ft.