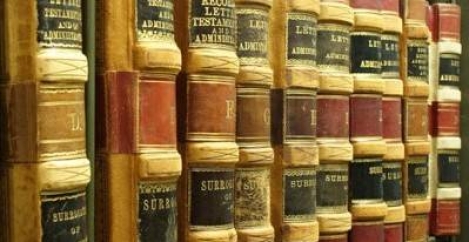 Here is how you should handle racial discrimination in the workplace

While progress has been made with tackling racial discrimination in recent decades, it is clear that it still lives on in the workplace in less overt and more nuanced forms. A survey commissioned by the Trade Union Congress found that over 70 percent of ethnic minority workers say they have experienced racial harassment at work and around 60 percent state that they have been subject to unfair treatment by their employer. Karen Holden, Founder of A City Law Firm, is keen to outline the laws surrounding racial discrimination in the workplace and exactly what the employers responsibilities are.

First, a definition. Racial discrimination refers to discriminatory behaviours against individuals or groups based on their race, ethnic origin, nationality or skin colour. An example of racial discrimination from an employer is letting someone’s race/skin colour affect their decision of who receives a job, promotion or other employment benefit. No one should be discriminated against and employees are protected by legislation.

What the Law says

It is illegal to discriminate against people at work and employees are protected under the Equality Act (2010). The legislation is in place to protect people from discrimination, harassment and victimisation. By way of good practice, employers should have clear policies in place to ensure unwanted conduct does not happen.

Discrimination based on race can be seen as harassment under the Equality Act 2010 (s26), “unwanted conduct related to [race], which has the purpose or effect of violating an individual’s dignity or creating an intimidating, hostile, degrading, humiliating or offensive environment for that individual”.

Protection also extends to victimisation which may take place following a complaint about discrimination. Employees have a right not to be treated badly as a result of complaining about racial discrimination that has taken place whether against them or where they have witnessed this to another.

It is imperative that businesses understand what racial discrimination is, how it may be identified and what training can be put in place to help staff understand its severity. Employees should also be made aware of their rights and responsibilities through a company policy, outlining discrimination and providing important information. Furthermore, businesses should have grievance and disciplinary procedures in place, together with readily available guidance.

If bullying takes place, an employer should investigate and where appropriate, enforce disciplinary action and offer training to those involved. Bullying itself is not against the law but harassment is, especially if related to race. Anti-bullying and harassment policies should be put into place to help prevent these problems. ACAS has produced a booklet for employers, including advice on setting up a policy as well as how to recognise, deal with and prevent bullying and harassment before it escalates.

What are an employee’s rights?

In most circumstances, an informal approach to resolve any issues would be advised. A form of mediation which could prevent the issue becoming inflammatory can often help. If this is not successful or appropriate, employees should speak to their manager, human resources department and/or trade union representative.

If an escalation is needed, an employee may make a formal complaint using their employer’s grievance process. This process should be sufficiently robust as to resolve these matters in the workplace. If the harassment continues, an employee can take legal action via the Advisory, Conciliation and Arbitration Service (ACAS).

What if an employee takes action?

An employee can contact an ACAS early conciliator in an attempt to resolve the matter. The conciliator is an independent party who will see if the matter can be resolved through open communication and mediation between the affected parties. If early conciliation is unsuccessful an employee may take the matter to a tribunal. This is a formal claim within an employment tribunal and is less formal than going to court but it can be a lengthy and stressful process. The decisions will be made public and can have reputational repercussions on the employer.

What steps can a business put into place to prevent racial discrimination in the office?

When it comes to issues of racial discrimination, fair treatment is a moral and legal duty for employers. They have a responsibility to investigate and respond to any issue they become aware of and to take all reasonable measures to protect employees from harassment. Education and training, to all, on policies and expected behaviours is key in preventing racial discrimination in the workplace.

Karen Holden is the Founder of A City Law Firm