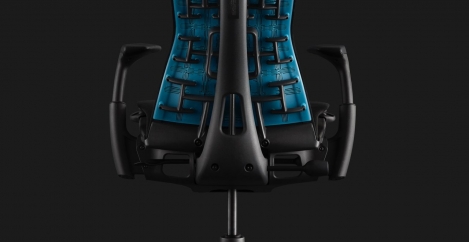 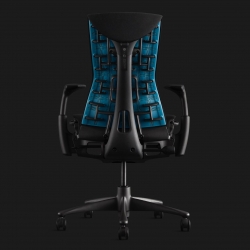 Herman Miller (NASDAQ:MLHR) has been named to Fast Company’s prestigious annual list of the World’s Most Innovative Companies (MIC) for 2021. The list honours businesses that have not only found a way to be resilient in the past year, but also turned those challenges into impact-making processes.

These companies did more than survive, they thrived—making an impact on their industries and culture as a whole. This year’s MIC list features 463 businesses from 29 countries. Herman Miller was selected for the gaming category.

“We are honoured to have been selected, especially considering this is our first year officially serving the gaming community,” says Jon Campbell, Director of Gaming at Herman Miller. “From the beginning, we knew this was going to be big. The gaming community was already using our regular line of products and asking for more—they deserved better equipment, and we had the ergonomic expertise to make the solutions they needed. Partnering with the team at Logitech G, observing and talking with professional esports athletes, diving deep into ergonomic research—all of those steps were absolutely critical to getting where we are today, and where we want to go in the future.”

Herman Miller officially launched the Herman Miller x Logitech Embody Gaming Chair in July of last year. The chair took one of the company’s most iconic and esteemed designs and modified it for gamers using two years of in-depth studies and research with professional esports athletes, making it the gaming industry’s first truly ergonomic chair.

The Embody Gaming Chair is designed to provide proper alignment, balance, and comfort to gamers while they play. The chair is equipped with cooling foam and copper-infused particles that support the ideal gaming posture and reduce and heat build-up that can be caused from sitting on thick cushions for a prolonged period of time.

The chair also features pixelated support, which distributes weight evenly to reduce pressure and encourage movement, two features crucial to maintaining healthy circulation and focus. In addition to the Embody Gaming Chair, Herman Miller has launched a range of gaming accessories and chairs, including special colour editions of the iconic Aeron and Sayl chairs.

Fast Company’s editors and writers sought out the most groundbreaking businesses across the globe and industries. They also judged nominations received through their application process.

The World’s Most Innovative Companies is Fast Company’s signature franchise and one of its most highly anticipated editorial efforts of the year. It provides both a snapshot and a road map for the future of innovation across the most dynamic sectors of the economy.

“In a year of unprecedented challenges, the companies on this list exhibit fearlessness, ingenuity, and creativity in the face of crisis,” said Fast Company Deputy Editor David Lidsky, who oversaw the issue with Senior Editor Amy Farley.