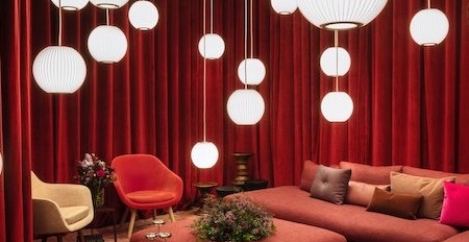 NeoCon marks a transitional year in 2019 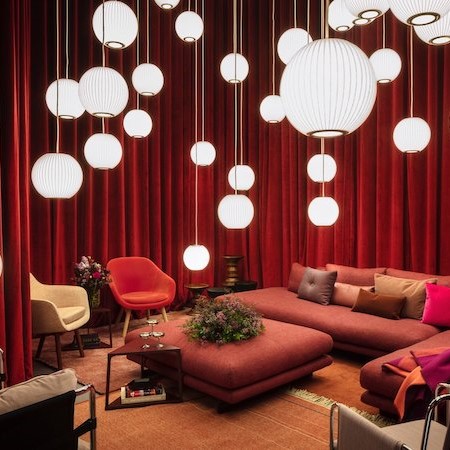 Chicago, considered the home for the modern workplace by many, played host once again to the 51st edition of NeoCon at The Merchandise Mart. The Mart, as is it affectionately known, is itself an interesting building; a vast space of 25 floors, it spans two city blocks and was the largest building in the world when it opened in 1930.

NeoCon 2019 attracted circa 500 exhibitors (of which 85 were new brands) across the dedicated exhibition space of over 400,000 square metres, proving itself once again to be the Goliath of events for the commercial interiors industry. Which it needs to be because in North America commercial furniture is big business, with just the office element worth over $10 billion in 2016 and set to be worth over $14 billion by 2025 according to a study by Grand View Research.

What is unique about this event is that many of the showrooms are permanent within The Mart and this annual fanfare is the ideal time to showcase new product and test new thinking and ideas, whilst other smaller manufacturers are able to take smaller space nearby and benefit from the added attention.

With such scale there isn’t a lot that a visitor can’t find at this show. All the markets are covered including Workplace, Healthcare, Education, Hospitality, Retail, Residential, Public Space and Government. In addition to the indoor space, The NeoCon Plaza opened for the first time. An experiential outdoor environment sponsored and furnished by Haworth and Haworth Collection, Sunbrella Contract and Econyl by Aquafil, The Plaza provided some extensive outdoor space in the Chicago sunshine.

This new venue picked up on a noticeable key theme, incorporating the outdoors into the workplace, acknowledging the need for workers to reconnect with nature, enhancing wellbeing. The cynic might say this trend is about making every inch of valuable real estate work harder – but these are factors which don’t need to be mutually exclusive of course.

There is a jam-packed schedule of talks and seminars, with notable keynotes this year from Robin Standefer and Stephen Alesch, Founders of Romans and Williams Buildings and Interiors, the ubiquitous Ilse Crawford gave a talk titled “Stuff Matters: The Material World We Make” and Liz Ogbu of Studio O focussed on the role of designing in complicated times.

The Hip Awards by Interior Design magazine take place a night ahead of the main show on the Sunday evening. In the their sixth year, the awards celebrate the brightest and best of architecture and design, hosted by the magazine’s effervescent Editor in Chief Cindy Allen.

The talk of the town by Monday afternoon was the news that US furniture giant Herman Miller is moving out of The Mart after 80 years to take a new space in the cool Fulton Market District. The move is causing a stir, as visitors wonder if the joint clout of Herman Miller and Knoll, who has also moved to the same area, could pull a crowd away from The Mart. Will this have an effect on NeoCon?

I very much doubt it from signs this year – 7 new showrooms at the Mart! As Gary Helm of obo, a UK based dealer and first timer to NeoCon this year said: “A stunning venue in a fabulous city. As a first time visitor, I really did see what the hype has been about. I was so wrapped up in it all, I hadn’t even realised that Knoll had moved out! Herman Miller’s move to the Fulton district is an interesting one. The rationale seems plausible. The continuing success of The Mart has been speculated for sometime now. From it’s possible sale to the greater ROI realised from office space rather than showroom space.”

A much needed look at the responsibility of manufacturers was brought to us by Humanscale. Its Chief Sustainabilty Officer Jane Abernethy joined fellow sustainability leaders to discuss how the manufacturing industry can have a net positive impact. In many ways Humanscale has pioneered the approach of creating products that are beneficial to humans and the environment, in particular championing the Declare label a standard that demands the publishing material transparency labels which prioritise the use of safe and healthy materials.

There is a frequent debate around NeoCon time of the progression of US workplace style versus the European model, every year a gap that gets closer. If we discount the provinces and focus on the powerhouses of business around the world, there are far more similarities to be celebrated and only differences to be learned from.

Organisations, and indeed countries, have different routes to maturity and achieving truly agile workplaces supported by the required tools and furniture. But many issues at the destinations remain the same – how to keep people moving and comfortable, managing noise levels and nurturing cultures to capitalise on the investment made in well-designed workspaces.

As trends merge and develop, often from the influence of the tech giants trying to maintain a start-up edge, the undeniable influence of co-working and the essential prominence being given to sustainability, forums like NeoCon are able to embrace all the good stuff from a global economy.

An example of a truly international approach can be seen in the latest design for Japanese manufacturer Okamura, a collection designed in collaboration with a design studio with bases in London, New York and LA, led by Yorgo Lykouria a man of Canadian heritage but with global design experience. The result is a Nagare (which means ‘flow’ in Japanese), a collection that is not only beautiful but answers many of the challenges of flexible working in a stylish and practical form whilst maintaining a sleek Japanese essence within its design. 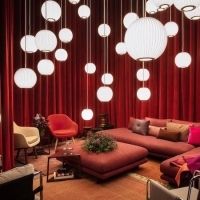 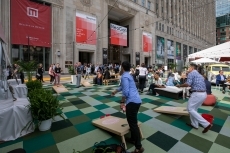 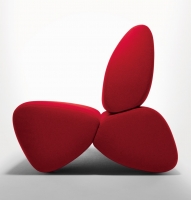 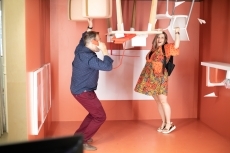 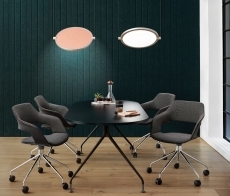 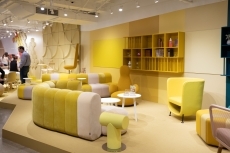 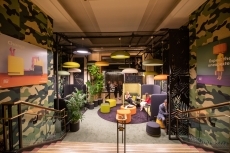 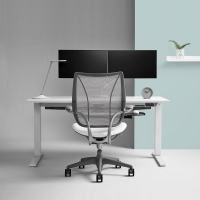 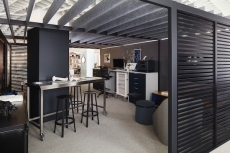