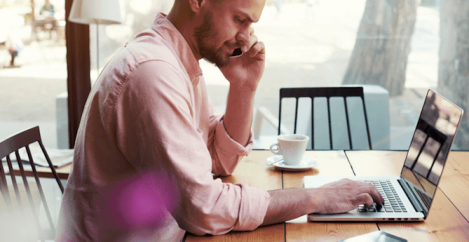 New to working from home? Here is how you should set up 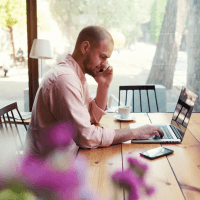 The past year has been something of a game-changer in many ways and perhaps one of the most unexpected has been how people have had to embrace the idea of working from home.

Almost overnight, something that has previously been the preserve of freelancers and the self-employed has become a mainstream activity and a hot topic of debate. While some are sad to see the social side of going to work change beyond recognition, others may have long hankered after the idea of giving up the costly commute and reclaiming extra hours to their day.

Willingly or unwillingly, it’s likely that hundreds of thousands of people have had to accept a massive change in their daily routine. For many, it may well be something that becomes a permanent adjustment.

Working from home successfully can be a challenge as it involves making domestic changes to ensure that a productive environment is available where work can be done with minimum distractions. Of course, various items are also needed depending on the nature of the work. Also, the functional aspects should be able to be incorporated into the stylish nature of your own chosen interior design.

Creating a space where you can get things done might be easy if you have plenty of spare room at home but if you live in a smaller space such as a flat, it can need a bit of imagination.

Of course, an existing study or even an outdoor room isn’t too difficult to alter to accommodate a professional level of work. Still, for those without the luxury of available spaces, it can be a challenge.

Ultimately setting up a home office for the first time in any domestic environment comes down to merely putting certain boundaries in place, so that a ‘bubble’ can be created which allows you the privacy to get on with your work without interruption.

Furniture suited to working isn’t the same as what you have in your living room. Likewise, certain fixtures and fittings may need to be adapted or changed completed.

You also need to consider other aspects of creating the right environment, for instance, the way a room is lit or the amount of privacy

A good, supportive, comfortable chair that allows you to sit at a desk for a working day won’t be the same as the one you relax into after a hard day’s labour. Lazing on the sofa with a laptop might be what many have previously had in mind when the idea of working from home was brought up, but that soon changes when you find yourself in the position of having to get things done in a domestic setting.

A desk or table to work from is the starting point of creating that all-important ‘bubble’ in your home, even if it is just the corner of a room separated by a mental partition from the rest of the space. You’ll likely be using a laptop or desktop computer, so making sure that everything is at the right level and height is essential for avoiding eyestrain, back problems and repetitive strain injuries.

You also need to consider other aspects of creating the right environment, for instance, the way a room is lit or the amount of privacy available. A light and airy space that benefits from the natural light coming in from the outside can generate a much more relaxed environment which also keeps you focused and alert. However, if you are working in a ground floor room, you might be concerned about window privacy and security.

California shutters allow you to regulate the amount of light and offer total control over who can see in your windows, so they can be a great solution to both sides of this issue.

Another thing to consider is whether the area you choose to work in has good Wi-Fi reception and enough power points for any bits of tech that you will need.

The idea of working from home may have been a dream for many in the past but would not have been possible because business premises and offices were the only places that could provide the technology needed to get the work done.

Thankfully today that is no longer the case. High-speed broadband allows real-time communications from a domestic setting that would have been unthinkable only a decade or so ago. The computing power in a smartphone outstrips large computer servers of the past and the ease of setting up printers, scanners, and other peripheral devices over wireless connections mean that setting up a home office is straightforward.

It probably won’t even need much extra outlay either. Most people might not have a high-quality colour printer at home, but even those types of tech are affordable if required. Even a heavy workload shouldn’t be more of a drain on your internet connection than a Netflix or gaming habit.

The other significant change has been the way that video conferencing has taken off this year. In the same way that all vacuum cleaners became known by the generic ‘hoover’ and using a search engine has become known as ‘googling’, the ubiquitous nature of video calls for work using Zoom has brought a new word into everyday use for a relatively new experience for many people.

Of course, making a zoom call hasn’t just helped smooth a transition to working from home, it has also allowed family and friends to ride out periods of lockdown by giving a more personalised feel to distanced communications.

The rapid changes that have seen so many people having to adapt the way they work are unprecedented, so it is hard to predict how things will pan out next year and beyond.

While the idea of working from home suits some, others miss the aspects of their work that involved face to face meetings and interactions. Some people might even choose to change jobs or careers to take advantage of the benefits of working from home.

Ultimately there is likely to be a greater degree of choice for a larger number of people as to how they set up their life/work balance, and that can only be a positive thing.