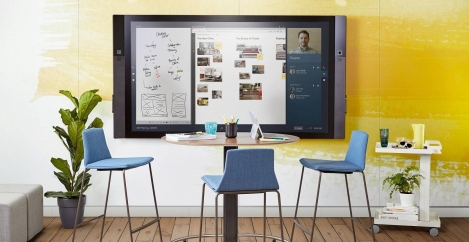 US based office furniture giant Steelcase has announced it has achieved carbon neutrality for its own operations. The company also announced new 2030 goals that have been validated by the Science Based Targets initiative. Building upon this momentum, the firm has established a goal to become carbon negative by 2030.

In 2020, Steelcase reported the achievement of a greater than 30 percent reduction in greenhouse gas emissions over the previous ten years. The urgency of climate change inspired the company to expand upon its existing renewable energy commitments with the purchase of carbon offsets.

While Steelcase was able to reach carbon neutral (net zero) for its own operations by removing as much carbon as it emits, the company recognises true climate action means reducing emissions in line with science. The firm, the largest office furniture maker in the world, is now taking its commitment further with a goal to become carbon negative by 2030 by markedly reducing emissions across its own operations with targets in line with climate science.

Over the next decade, the company claims it will focus on ambitiously reducing emissions at a rate needed to prevent the worst impacts of climate change. By 2030, becoming carbon negative, also referred to as climate positive, means Steelcase would remove more carbon than it emits, through a combination of absolute reductions and investing in renewable energy. Additional actions are expected to include financing carbon offset initiatives and support for external emission reductions with social benefits.

To advance a low carbon economy, Steelcase has set science-based targets aligned with a 1.5°C climate scenario. This means the company expects to reduce absolute emissions from its own operations by 50 percent by 2030 and cut indirect emissions from business travel and waste generated in operations. Since most of its emissions are considered indirect or scope 3 emissions, Steelcase plans to engage with suppliers to set their own science-based targets by 2025. By aggressively cutting greenhouse gas emissions at this rate, the company is aligned with the most ambitious goal of the Paris Agreement.

“Steelcase is proud to lead our industry in addressing this critical global issue,” said Jim Keane, President and CEO, Steelcase. “We continue to see the destructive effects of climate change that touch the lives of people in communities around the world and are pleased to be taking immediate steps in the right direction.”

Over the next decade, Steelcase plans to apply the following principles to execute its strategy:

The company plans to publish its progress in future Steelcase Impact Reports. Reported emissions are expected to be verified by a third-party starting this year.