Only half of businesses vet suppliers for Bribery Act compliance 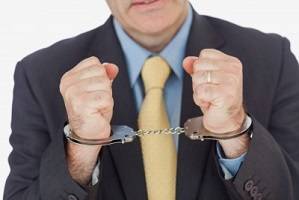 John Smart, Partner at Ernst & Young said: “In cases where bribery and corruption are discovered, the consequences for companies under the law may be serious. It’s worrying to see that businesses are failing to make sure that their suppliers are complying with the UK Bribery Act, especially as the Act came into effect over a year and a half ago. Many directors are still unaware that they can be held personally accountable for any failings in this area. This means that senior managers and directors risk significant prison terms and large fines for non-compliance in which they are personally involved, even if the breach is caused by the actions of a third-party supplier.”

The research also revealed that 24 per cent of firms believe that taking on a new supplier will incur the most risk to supply chains, 12 per cent of firms would ‘do nothing’ if they found out that their suppliers failed to comply with the Act and less than half (44 per cent) of firms with a turnover from £5m to £50m carry out third party due diligence.

John Smart advises: “Many businesses are underestimating the reach of the UK Bribery Act. Our findings reveal that there is still a lot of work to be done in this area to ensure that directors and senior managers not only realise the importance of complying with the Act, but also are willing to examine whether their entire supply chain is meeting these same standards.

“Anyone who thinks that the issue of third-party compliance can simply be glossed over is making a grave mistake, as failures in this area can lead to significant fines and penalties for all involved.”

Employer confusion despite social media recruitment surge Video: another prediction from the 60s gets it a bit right and a bit wrong