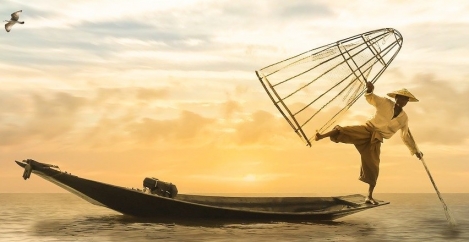 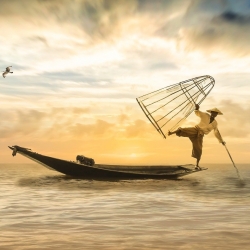 Less than a week on from the Budget, and already the government’s emergency measures to respond to covid-19 feel like they belong to another crisis. While attention this weekend has rightly focused on how our health services and older people can be supported, we also need urgently to revisit the impact on the workplace and especially how we’ll support the many millions of workers who will find themselves off work – sick or in self-isolation – over the coming months.

The government’s announcement last week that it will meet the costs of Statutory Sick Pay for small and medium sized firms will have been welcomed by many businesses. However for those people unable to work, the Budget did nothing to address the inadequacies of our social safety net.

At £94 a week, Statutory Sick Pay is equivalent to just one quarter of weekly earnings for a full-time work on the minimum wage. And government research published last year shows that just a quarter of firms pay their workers more than this. Furthermore, we estimate that seven million people – one in five of all workers – are not entitled to SSP, as they earn below £118 a week or are self-employed. For these workers the advice is to start a claim to Universal Credit, which at a paltry £73 a week is barely a fifth of the minimum wage.

Of course, these amounts have always been very low and have long been inadequate. Back in 2008, SSP was worth about £101 a week in today’s money, while ‘incapacity benefit’ was worth £86 a week. So a bit more, but not a lot. But this matters now for two reasons: first, because over the next few months it is likely that millions of workers will face these impacts at the same time; and second, because the poverty rates of our statutory system will drive many people – particularly those without symptoms – to continue to work.

Our research on presenteeism bears this out, with financial insecurity being a key driver of why many people choose to continue to work when they don’t feel well. There is an urgent public health case, as a well as a social and economic one, to act now.

So we’re going to need a bigger boat. But what should we do? The good news is that through the Statutory Sick Pay system, we have a ready means to target financial support to the large majority of those in the workplace who may find themselves unable to go to work. So the first priority should be to extend and to strengthen this system. The government will be laying emergency legislation this week, so Parliament can act now to address this. We are calling on them to do four things:

? First, they should legislate to temporarily remove the Lower Earnings Limit in National Insurance. This simple change will mean that anyone with a contract who works any hours will be entitled to full SSP. This will extend coverage to nearly two million workers in low paid and insecure work. It will also mean that those on temporary, part-time or zero hours contracts who are unsure of their entitlements will not face any uncertainty about what they can get.

? Secondly, we should raise SSP for the first two weeks of absence. We would recommend raising it to £175 per week, or the equivalent of half pay for a full time worker on the minimum wage.

? Thirdly, the scope of SSP should be temporarily extended to cover temporary lay-offs and short-time working. SSP wasn’t built to do this, but it gives us the quickest and best way to ensure that those at risk of losing their jobs in sectors like hospitality, transport, logistics and construction can stay in work, be financially supported and ride out this temporary shock.

? And lastly, government should reimburse the costs of these changes for small and medium employers. For larger employers the need is less great, as three quarters already pay their workers above the SSP minimum.

These four changes are necessary to protect the public, support those off work and to keep the economy moving. But they won’t be enough on their own, as a growing number of people are finding themselves made redundant while five million self-employed workers have no entitlement to sick pay. So finally, we also need to temporarily raise the standard allowance in Universal Credit for those newly out of work to at least £100 a week.

All of this is entirely achievable within the government’s initial £12 billion covid-19 response fund. The costs of extending and reimbursing SSP would likely run to a few hundred million pounds, while increasing Universal Credit to £100 for those newly out of work would cost around £50 million per month (even if new claims double).

These are exceptional times and need an exceptional response. This week, Parliament has an opportunity to ensure that no-one has to face the choice between going to work and getting better (or staying isolated). We would urge them to take it.