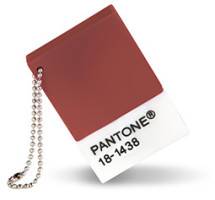 The announcement by Pantone that its Colour of the Year for 2014 was a muted reddish brown called Marsala was met with the annual carping about the subjectivity of the whole thing. Yet there are two things we know for sure. One is that Pantone puts a lot of time and effort into making its decision and looks at a range of social and economic factors, fashions and tastes before making its decision. The other is that this idea that you can gauge trends by tracking changes in taste has some high profile adherents. One of them is Alan Greenspan, perhaps the world’s most famous living economist, former Chairman of the Federal Reserve and a great believer in the idea that you can get a good idea of the health of the economy by looking at the length of women’s hemlines and heels and the amount of money men invest in underwear and ties.

Attitudes to the world and the economy are important in the way the influence the work of colour forecasters. So when Pantone recently created an infographic to illustrate 50 years of changing tastes in colour, it was able to do so by aligning them with social trends and economic prosperity (right).

Of course, there are also practical reasons why industries keep tabs on colour. This applies in fast moving sectors such as fashion and design where tastes can change in a period of months and for products that people are happy to discard once they deem them passé.

Yet it also applies in more nuanced ways in slower moving sectors such as the automobile industry where people are less likely to be swayed by fashion. Each year Du Pont produces its own colour trends report and each year it finds that most people – around 70 percent – choose monochrome car colours in grey, black, silver or white because they are timeless and resalable. Colour trends are only seen in the minority of sales but the industry still needs to understand them to ensure it is marketing and producing the right things.

Akzo Nobel is another firm that believes our use of colour is strongly influenced by the state of the economy. It too produces an annual colour of the year and a style report (and 2014’s copper orange is not a million miles away from Pantone’s Marsala). It recently produced a detailed analysis of its best-selling colours and correlated them with economic conditions.

“Analyzing colour trends has shown us that during an economic downturn, neutral colours such as black, white and greys are favoured for interiors, while more intense colours are used when people feel more confident,” said the authors of the subsequent report. “At the end of the 20th century, for example, neutrals were predominantly used.

When fear and uncertainty surrounding the dawn of the new millennium faded, colour began to reappear in homes, varying from bright, vibrant colours to less saturated tones. What we’re seeing at the moment is that in Western Europe, sober whites and off-whites are the most popular, while in the US beige and grey are dominant. In Asia, however, fresh colours such as clean yellows, pink and light blue are preferred, which could well be related to the local economy.”

It’s an argument that would resonate with colour forecasters and some serious economists. Pantone’s colour of the year is chosen according to economics as well as design, according to Leatrice Eiseman, who heads up the firm’s forecasting function. “It sounds a little woo-hoo,” she acknowledged in a recent Forbes interview. “But the human eye is fickle … We start to seek out new information about a replacement and what will intrigue the consumer’s eye the next year.”

Maybe this explains the apparent link between the economy and the colour choices people make. They are watching the world and their prosperity with the same eyes they use to decide what to buy. The eyes have it.

Alison Kitchingman is Director of Marketing and Design at Milliken – Carpet Division.www.millikencarpet.com