Government launches scheme to attract US tech sector to UK 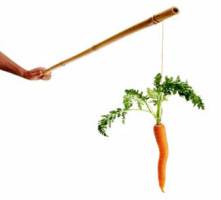 The Government has launched a scheme to attract US tech firms to set up or ramp up their businesses in the UK. The tech sector is already worth around £120 billion to the UK and the Government hopes the HQ-UK programme will offer investors a chance to tap into a well-established pool of talent and a business-friendly and low tax economy. The initiative is a joint venture between Tech City, the Department for Business, Innovation and Skills, and the Department for Culture, Media and Sport. HQ-UK will simplify and quicken processes for visa applications and setting up UK bank accounts. The programme will also highlight the UK’s high skilled tech savvy workforce, the Government’s commitment to the development of programming skills in schools and the second largest labour market in the EU.

According to Baroness Shields of Tech City UK who is heading the project: “Nowhere beats the UK as an international hub for tech companies who are looking to thrive, innovate and grow. As someone who has spent 25 years operating on both sides of the Atlantic, I have no hesitation in saying that the UK is now the best place to build a global business.”

The business case for investors will centre on a number of characteristics of the UK tech sector including: