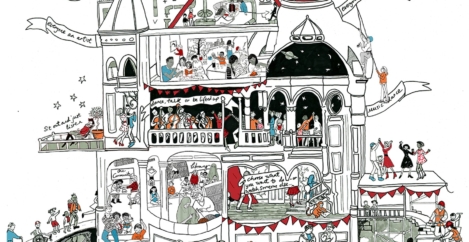 Piecing together a new world of work after lockdown 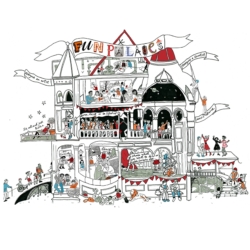 After months of lockdown nobody can be certain how the world will look when we eventually re-emerge from the Covid 19 crisis. Yet something seems certain – things will never be the same again. Just as the Second World War spawned the NHS, it’s clear that society is going to be re-shaped quite possibly around a bigger, more proactive government, forced to step in to help any number of industries. Unlike the banking crisis of 2008, the powers that be won’t simply be able to re-assembled the shattered economic jigsaw as it once was.

We are currently in a situation where millions of people are unsure of their jobs and careers. Some will be able to pick up the pieces, others, very sadly will not. And the truth of the matter is that, in terms of work, it’s the kind of turmoil we might have to get used to. There is an argument that suggests the virus has simply given us a glimpse into the future when labour isn’t required en mass.

Coincidentally as the lockdown was announced a book by the economist Daniel Susskind landed on my doorstep. A World Without Work anticipates a future where technology’s growth replaces the need for people. Put simply: Susskind envisages a time when machines become better and more efficient at a vast array of jobs that used to be done by humans. And not things that are often described as rather disparagingly as ‘routine’ – such as supermarket checkout assistants. Robots will take over work currently done by lawyers and medics, by journalists and, yes, even architects and designers.

We’ve been here before of course. The Luddites were a violent reaction to the industrial revolution, for instance. In architectural terms the never-built-but-hugely-influential Fun Palace, a flexible space for music, art and science, designed by Cedric Price and Joan Littlewood in 1961 was a response to a leisure society that was going to burgeon with greater automation and productivity. As its promotional material proudly proclaimed: ‘Those who at present work in factories, mines and offices will quite soon be able to live as only a few people now can: choosing their own congenial work, doing as little of it as they like, and filling their leisure with whatever delights them.

Those people who like fiddling with machinery and pressing buttons can service and press buttons in the robot-manned factories.’ However, during both eras, advances in efficiencies increased the size of the market creating new, previously unthought of jobs, that robots couldn’t do. In Susskind’s parlance much of the technology was complementary to human labour but that acting as a substitute.

The advent of AI and wild increases in processing power have changed the landscape this time around, however, because, as he points out succinctly: ‘Machines are no longer riding on the coat-tails of human intelligence’. The balance that has existed between substitute and complementary technology is tipping inexorably in the former’s favour. This isn’t necessarily to say that there will be a revolution, rather it’s likely to be an evolutionary path of travel. And as this change occurs the role of government is set to be transformed. If this pandemic has shown anything it is that leaving vast swathes of the economy to the market might work (sort of) in the good times but times of crisis require government intervention.

And this is a role it is likely to have to play in the future. Because if there isn’t enough work we’re going to have to find a new way to live. It raises a slew of fascinating questions. How we will raise money? (Bill Gates, for one, has suggested a robot tax on companies to replace the contributions which would have been levied on human workers in the past); and what should schools teach to prepare people for a life that may entail rather more leisure than labour? Some form of Universal Basic Income is inevitable in the near-to-medium future. In the short-term many have discovered that working from home is not only possible but also more efficient. Both have the potential to transform our cities.

And finally, how will we find purpose in our lives when so many of us (and I absolutely include myself in this) define ourselves by what we do? Will a re-heated version of the Price/Littlewood Fun Palace – something architect Will Alsop arguably attempted to do with disastrous results with The Public in West Bromwich over a decade ago – be enough. Probably not.

It’s a future that’s going to take huge political will, bravery, and ideas from many different quarters including technologists, economists and artists. Transformation may be on the horizon and it might be that the virus has given us an involuntary, taste of what might be to come. This doesn’t need to be negative but we should be preparing as soon as this crisis abates.

Grant Gibson is a UK-based design, craft and architecture writer and host of the incredibly popular Material Matters podcast. His work has appeared in The Observer, New Statesman, The Guardian, Daily Telegraph, FRAME, Dwell and others. He is the former editor of Blueprint, deputy editor of FX, and acting executive editor of the RIBA Journal.