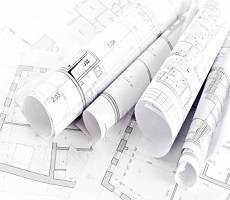 The Royal Institute of British Architects (RIBA) says all the signs are that the recession is coming to an end, after recording the highest workload forecast figure for architects since its Future Trends Survey begin in January 2009. The RIBA Future Trends Workload Index sustained a significant increase this month, rising to +35 in October 2013 from +26 in September 2013. Welcome news also comes from the latest quarterly returns for the levels of actual work in progress which are now showing an annual increase for the first time since the financial crisis. RIBA practices reported an 11 per cent aggregate increase in workload between October 2012 and October 2013 and are increasingly optimistic about their medium term future work flows.

All sizes of practices throughout all the nations and regions in the UK returned positive workload forecast balance figures in October 2013, continuing to indicate that the growing optimism about an upturn in overall workloads is now widespread. However, there is still some progress to be made to get back to pre-recession levels, as architects’ workloads remain about one third below the peak of early 2008.

RIBA Director of Practice Adrian Dobson said: “All indications strongly suggest that this extremely challenging and lengthy recession in the market for architectural services is finally coming to an end. The overall balance of reporting suggests steadily growing confidence, with many practices reporting a notable increase in enquiries and dormant projects springing back into life.”