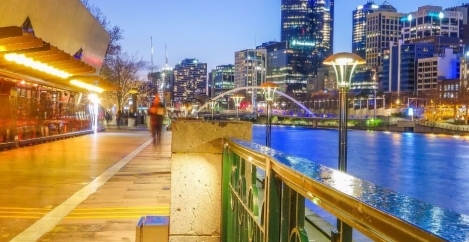 The city and the office have much to teach each other 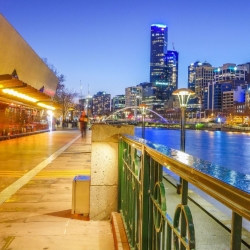 Whatever you might hear, these times are far from unprecedented. History has lessons for us both in terms of how we view the events of 2020 and how we might respond to them, including how we progress as a species and make our lives and the world a better place. In 1832, there was an epidemic of cholera in the UK’s towns and cities. In those with a population of 100,000 or more life expectancy was just 26 years. The reasons for this were picked up on by a government official called Edwin Chadwick as a member of the Poor Law Commission.

A disciple of the utilitarian philosopher Jeremy Bentham, he already held a number of progressive views about the length of time people spent working each day and social reform. He set about uncovering the reasons for the cholera that infested the country’s cities with a team of researchers. They interviewed people, took surveys and investigated the design of cities and their water supply and sanitation.

In 1842, the team published a report titled The Sanitary Conditions of the Labouring Population of Great Britain, which caused a sensation. It proved that the disease arose almost entirely because of failures in the urban environment. In short, the water was filthy, contaminated by both human and animal waste.

The consequences were appalling. The number of people who had died of poverty and disease in British cities in each year in the 1830s was greater than the annual death toll of any military conflict in the country’s history.

Chadwick’s proposed solutions were to form the basis of the first major public health intervention in history. He recommended the formation of local authorities to clean up the filth and dispose of waste, and the redesign of cities to improve drainage and sanitation and give people access to clean water.

The current pandemic is nowhere nearly as deadly as the 19th Century cholera epidemic but it too is causing us to reassess what we want from our cities. Although there is growing talk of people vacating cities in response to the pandemic, the gravitational pull of urbanisation remains powerful.

Apple, which set up its first office in New York a decade ago, is also expanding to another building in Manhattan. And Google and Amazon are stitching together corporate campuses in the city more quickly than anywhere else in the world. Amazon paid roughly $1 billion in March for the iconic Lord & Taylor building on Fifth Avenue.

The reason for this might be found in a recent?survey?of 9,000 managers and employees across Europe, conducted by Boston Consulting Group and KRC Research, commissioned by Microsoft. Executives say their remote teams have been highly productive, with 82 percent saying they saw productivity levels either hold steady or increase as people shifted to remote work. More than half also see it as a powerful way to retain top talent. However, the perception of how innovative people are appears to have declined precipitously.

The design of cities and other places highlights the complex interactions between the built environment and the way we think, behave and interact with space and other people.

As long ago as 1970, a researcher called William H Whyte decided to carry out a project looking at the impact of urban spaces on people from an anthropological standpoint. Using techniques then most commonly associated with studies of indigenous tribespeople, ?The Street Life Project examined the relationship between people and their immediate environment in parts of New York. They specifically focussed on parks and other social spaces, trying to established what worked about the spaces and what didn’t. Their findings were ultimately reported in a short book called The Social Life of Small Urban Spaces and a film, fragments of which are available online including one looking at the pleasures of being able to change seating arrangements.

What becomes apparent is that the most interesting aspects of human interactions take place in ritualised and predictable forms and that the best spaces can foster those interactions. Whyte writes about our tendency to engage with chance meetings in particular ways, to say goodbye as part of a three phase ritual and our propensity to mirror the gestures of the people with whom we come into contact.

He also identifies the characteristics of the best social spaces including the proportion of sitting space to circulation space and the way we like different levels of light in a space. Crucially he also reports that if you want a space to be used, it should be stimulating and enticing.

Creating this sort of environment will be the main challenge for designers of both cities and offices in the near future. The first steps are already underway.

The City of London recently announced that it wants to rethink how to encourage smaller businesses and cultural organisation to “re-enter the city” to help the UK’s financial centre recover from the pandemic and in the wake of a number of announcements from major financial services organisations about how they would like to reassess their real estate.

The City of London Corporation has drawn up a plan to create a number of start-up hubs and more affordable workplaces for smaller businesses. The plan also recommends the introduction of new flexible working season tickets for commuters that align with new commuter behaviour in order to accommodate some homeworking. The City has also said that buildings need to be better designed for remote working practices, with spaces to socialise and meet.

Buildings need to be better designed for remote working practices, with spaces to socialise and meet

This may have happened anyway of course, and some voices have suggested that the pandemic will act mainly as a catalyst rather than a disruptor. These include the architect Lord Foster who said in a recent speech to the United Nations Forum of Mayors in Geneva, Foster said that while Covid-19 will not have a long-term impact on cities it will accelerate current trends. He predicts these will include more sustainable buildings, a “renaissance” for urban farming and a “new future” for monorails.

It’s certainly true that some cities are ahead of the curve. These include Melbourne which has been talking about the reinvention of the city as a cluster of twenty minute neighbourhoods for a few years. This has been a core tenet of its?Plan Melbourne 2017-2050 strategy.

As the plan?states: The 20-minute neighbourhood is all about ‘living locally’ – giving people the ability to meet most of their everyday needs within a 20-minute walk, cycle or local public transport trip of their home.

Others are following suit. Singapore’s recent?Land Transport Master Plan 2040?is based on shaping the city and its transport systems to create ‘20-minute towns within a 45-minute city’.

Social and green space are also important characteristics of the recently completed One Excellence development, in the heart of Shenzhen’s new Qianhai district and China’s Greater Bay Area created by urban design and architecture practice Farrells.

The 757,000m2 project focuses on mixed use, high-density urbanism with social and green space at its heart. It eschews the isolated, interchangeable malls and towers that have become synonymous with global cities and incorporates open, green spaces, metro links and pedestrian networks.

The social role of the city and other spaces has long been of fascination for people like the sociologist Ray Oldenburg, who first popularised the idea of the Third Space as a way of describing how we interact with people in shared places. Originally his ideas focussed on cities, but it’s no coincidence that the language he uses is now in common usage in a workplace context.

Even as the city makes its way into our offices, so the people emerge from them to colonise the urban environment

This approach can address some of the most important challenges we face both as a society and as workplace designers and managers. Social cohesion, including across generations, can be fostered by public space and we can all agree that the world needs a bit of togetherness right now.

These are insights that reflect the way public spaces are (or should be) in larger offices. There is already a history of both in the application of urban design principles to workplaces as well as the co-opting of its language. In the 1990s, the seminal if flawed design of the British Airways Waterside HQ had at its heart a ‘Street’ with cafes, shops, trees, plazas and road signage.?More recently, the same thinking can be applied to the growing number of tech palaces worldwide and their cousins and imitators in smaller firms and other sectors. They’re often described as campuses, but they share many characteristics with urban spaces.

But even as the city makes its way into our offices, so the people emerge from them to colonise the urban environment. We have become so accustomed to working wherever we think it best that when people are asked to describe their ideal working environment, what they tend to come up with is essentially a High Street cafe.

This is because Starbucks is often much closer to meeting the criteria of what people want from offices. This was true before the pandemic which is why the coworking sector was way ahead on this point. The writing was on the wall for traditional models of corporate real estate before this year.

It’s common to hear people say that the boundaries between the traditional workplace and the outside world have become blurred but it might be closer to the truth to say that in a growing number of cases they have been eradicated and that the evolution of cities and offices is informed by a two way exchange of DNA.

This piece appears in the latest issue of IN Magazine