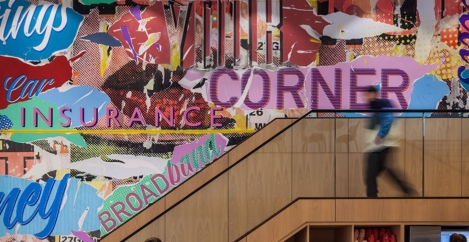 The here and now, no BS guide to the workplace 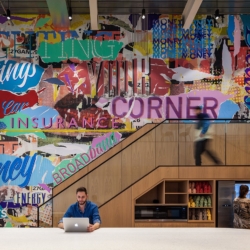 For years, forward-thinking employers have offered a choice of work spaces to match the varying levels of concentration and collaboration different tasks demand. And those spaces included employee’s homes. In March, all organisations were suddenly bounced by the COVID-19 restrictions into supporting homeworking for their office employees. It’s too early to say what lasting impact this will have on work patterns, though it’s a fair guess that the effective mass trial of remote working could trigger a cultural shift as more employers and employees see the benefits of using the home as an extension of the workplace, when it suits both parties. Research commissioned by BDG in April found that of 200 CEOs surveyed, almost one in four believes the long-term impact of COVID-19 will be “continued remote working”.

For now, though, the immediate priority must be to support people to continue to work healthily during the pandemic, whether it’s from their living rooms or as part of the contingent returning to offices because their tasks can’t be completed remotely. For that second category – people returning to shared office space – there are a whole new set of considerations that come with the need to avoid coronavirus transmission.

Desk sizes have shrunk in the past couple of decades and hotdesking schemes have further increased the number of people packed into offices. Adopted in the name of flexibility and space efficiency, these developments are suddenly at odds with the need to keep office users far enough apart to avoid virus spread. Most offices won’t be able to operate anywhere near full occupancy and still avoid congestion at pinch points such as lifts, reception areas and toilets.

Share desking arrangements will have to be suspended and individuals given fixed desks both to keep them safe but also to keep them feeling safe – maintaining productivity will rely on their perception that they are not being made vulnerable at work.

Recent government guidance on operating with the restrictions, gives only broad-brush suggestions on how to manage safe working in offices. To help fill in the detail, at BDG we have produced a guide for employers with specific advice on how a range of common office settings can be adapted to maintain safe distancing. Drawing on our database of 1.2 million data points on office use in practice, the Return to Work Guide illustrates how normal occupancy of the 14 most common desk layouts and other work settings, such as breakout areas and meeting spaces, could breach the two-metre minimum distance between users. It also sets out alternative seating plans to keep them safe without having to relocate the furniture.

However smart we are about office configuration, mass remote working is a fact of life for the time being

The guide shows how a bay of eight desks face-to-face in open-plan with no screening can be occupied by four people in a staggered diagonal configuration – in line with UK government guidance for offices to avoid face to face work where possible – with the only extra element being dividers mounted on the tops of the empty desks.

Using the alternative seating plans in the Return to Work Guide, we calculate an organisation could keep to social distancing rules while maintaining almost two-thirds of the day-to-day usage for the same settings under business-as-usual conditions.

However smart we are about office configuration, mass remote working is a fact of life for the time being. The government estimated in mid-April that 45% of UK employees were working from home. That proportion isn’t going to fall fast; the latest easing of restrictions encourages only those who can’t work from home to go back to their normal workplaces, and then only in England; the stay-at-home orders in Scotland, Wales and Northern Ireland have not been relaxed. Colliers International estimates that 7.8 million of the UK’s 13.1 million office workers will still have to work from home in the first months after businesses fully reopen their offices.

Major employers are now bedding in their remote workforces. The 95 percent of Google’s parent Alphabet’s 120,000 employees currently homeworking have been told most of them will be staying there until at least October, while Facebook has said that though its offices will reopen in July, staff working remotely can opt to continue till the end of the year.

The luxury of a home office or even a spare bedroom isn’t an option for most flat dwellers in urban centres; research carried out during the lockdown found that 32% of workers’ living rooms were doubling as their workspace.

For homeworking to succeed, employers have to help reduce the risk of work and home life becoming blurred, the downside of remote working that employees cite most often. Poor separation of the spheres can eat away at an individual’s work-life balance and leave them feeling they are “always on”. Key to supporting the majority who don’t have the luxury of separate home offices will be helping them integrate domestic and work space. If people are working routinely from their sofas, kitchens or bedrooms, they need worksurfaces, storage for work materials and task lighting that do not intrude too much into their non-working lives.

With this in mind BDG’s creative team have developed a new resource, We Can WorKit Out, (https://www.wecan-workit-out.com) (WCWO), that helps create productive home work settings that look anything but corporate. WCWO is a curated collection of products from leading manufacturers, chosen to integrate into living spaces without dominating them.

BDG’s designers have put together a range of potential “WorKits”, sets of furniture and accessories from manufacturers such as Anglepoise, The Collective, Humanscale, String, Vitra, and Workstories, to turn domestic spaces into effective, comfortable workspaces. The WorKits group sympathetic products by room setting, including study, kitchen and bedroom, as well as an “essentials” list for any home workstation.

The fact that it’s an unplanned necessity for many organisations, shouldn’t stop employers from taking a thoughtful approach to remote working and thinking how they can optimise their employees’ comfort and productivity while the pandemic lasts. It’s an approach that shows they value their human capital and one that will put them in a strong position to leverage the potential it offers for increased flexibility, efficiency, resilience and employee satisfaction when the current crisis is over.