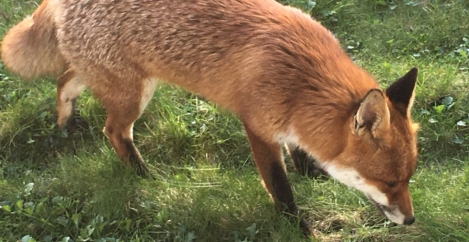 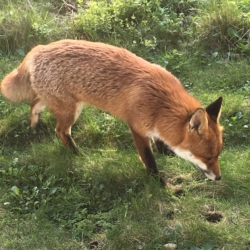 Years of hard work transforming the grounds of Toyota GB’s headquarters in Burgh Heath into a wildlife haven have paid off as the company has been awarded the prestigious Biodiversity Benchmark by the Wildlife Trust. The Biodiversity Benchmark is designed to complement the ISO 14001 environment management system and is the only standard that certifies management of company grounds and landscapes for wildlife.  Toyota went through a robust certification process over an 18 month period to put environment management and development processes in place and to prove that the grounds have been enhanced so that wildlife can thrive in a rich habitat.

Toyota worked closely with the Royal Botanic Gardens, Kew and Land Care Associates in preparing plans for the garden, including an eco-friendly strategy for the office gardens and to develop a plan for planting and wildlife management.  Landscaping and planting work were carried out in partnership with Kingston Landscape Group and the gardens are now maintained by national contractor Nurture Landscapes.   Enhancements include bird, bat and owl boxes, a hibernaculum for frogs and newts, bug hotels and a woodland habitat stack for species like stag beetles that consume dead wood have been implemented by local environmental company, Conservation & Access.

Toyota’s gardens extend around the entire headquarters, creating an attractive backdrop for the offices, with several areas for staff to walk through and sit in during breaks.  The gardens consist of a mixture of lawned areas linked by paths and trails, interspersed by a range of habitats, including fruit trees, ponds, wildflowers, shrubs and beehives.

Since moving to the Burgh Heath site in 2001 Toyota has put various wildlife initiatives in place, with 161 plant species recorded, including several rare plants such as the Common Cudweed and Bee Orchid.

A place for nature

The gardens teem with wildlife, with foxes regularly observed by staff, while other mammals recorded by site surveys including wood mice, yellow-necked mice and bank voles.  A total of 24 different bird species have been recorded, including the Black-headed gull and Dunnock, which are on the UK’s amber list of endangered birds.  The success extends to invertebrates too, with 235 different species having been recorded, of which nine species have a recognised conservation status (i.e. nationally scarce).

Commenting on the Biodiversity Benchmark Award, Paul Van der Burgh, Toyota GB President and Managing Director says: ‘We’re delighted that we’ve achieved this award in recognition of the beautiful eco-friendly wildlife haven we’ve created in and around our Burgh Heath home.  We’d like to thank Surrey Wildlife Trust, Royal Botanic Gardens, Kew and Conservation and Access for their invaluable help.  The fact that so many species enjoy using the grounds alongside our staff is proof that we’ve created a truly wildlife-friendly environment and we’re going to continue to develop and enhance the ground over the years to come.’

Peter Dorans of The Wildlife Trusts said ‘We’re delighted that Toyota GB has received the Biodiversity Benchmark certification for its Burgh Heath site.  Every business, every individual has a role to play in nature’s recovery and Biodiversity Benchmark sets the very highest standard for a business’s management of the land under its stewardship so we can be sure that it’s a place for nature and people to thrive.  Our professional auditor was particularly impressed with the skill and experience demonstrated by the team at Toyota’.