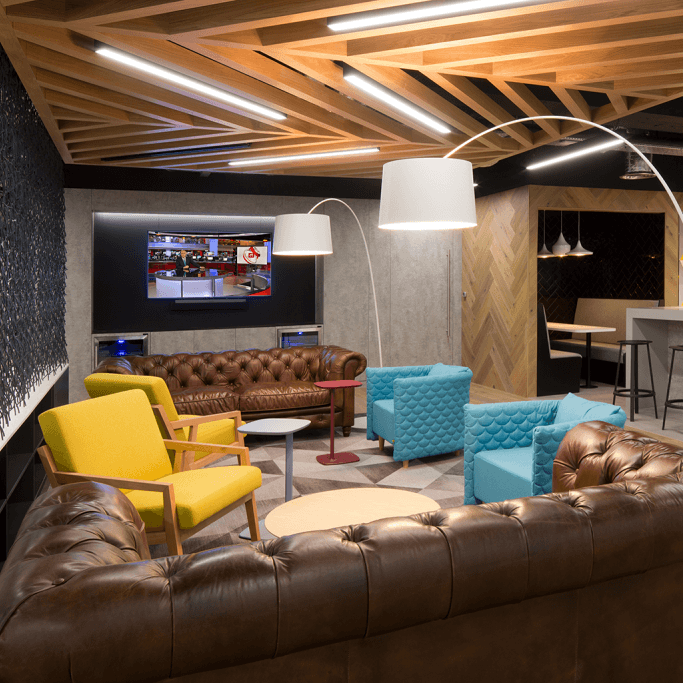 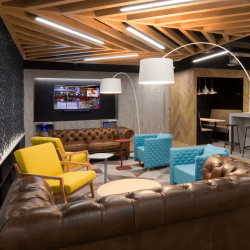 A brace of new reports sets out to identify the challenges organisations set themselves by inhabiting dated offices and how modern office design principles could address them. According to the Meeting Expectations report, released by K2 Space, workplace productivity is being impeded as a direct result of dated office design. The second study from Saracen Interiors focuses more on the role of office design as a recruitment tool. The reports follow the recent publication of a major report on similar themes from Worktech Academy and Fourfront Group.

The K2 survey of 1,000 GB-based office workers undertaken by YouGov revealed that 30 per cent of workers believe their office is outdated, uninspiring and in need of a complete refurbishment – and crucially, one in five (21 percent) said that if their office was better designed they would be more productive at work. 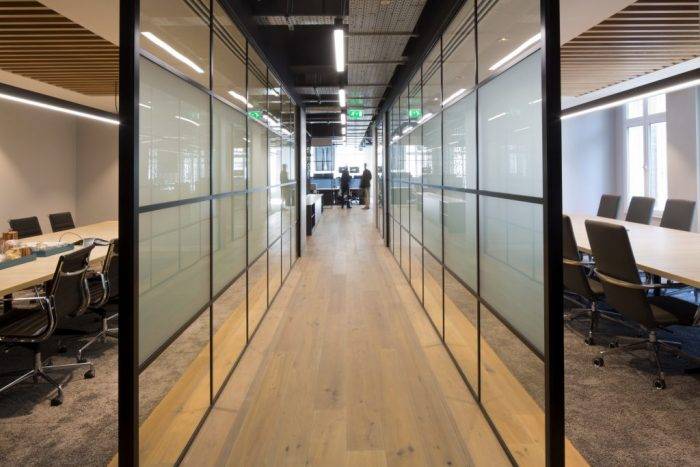 When respondents were asked what could be done to improve their current office space, 32 per cent would like more access to natural light: 19 per cent said the lighting in their office is poor and has a negative effect on their mood and productivity.  Thirty one per cent of all respondents would like to see more colour, artwork, and graphics utilised to enliven their workspace, a fifth of respondents would like the inclusion of sit-stand desks, and the same number of workers also believe having access to/improved showering and washing facilities would improve their office.

A consistent theme throughout the research was a desire amongst office workers for more informal spaces for working and collaborating, and also private spaces for concentrating and taking telephone calls; 30 per cent agree the introduction of such spaces would improve their office, while 31 per cent believe it would improve the quality of meetings specifically. A further 35 per cent of respondents agree the traditional boardroom is outdated and has had its day.

Co-founder of office design and fit-out specialist K2 Space, Mark Phillips, said: “The productivity puzzle continues to perplex economists with no-one really able to identify why the UK’s levels of output are still behind rates achieved prior to the 2008 financial crisis. Some factors – such as Brexit – create uncertainty and are obviously outside of an organisation’s control, but the physical work environment should not be underestimated as having a significant impact on staff wellbeing and mood, collaboration and productivity.”

“Our research highlights the fact that while office design can be incredibly subjective, the real goal is to create a space that attracts and retains talented staff. We’ve known for some time that sedentary working is not good for our bodies, and so organisations should be actively looking at ways of offering collaborative, shared working zones that encourage movement around the office to allow staff to remain both physically and mentally active.”

A recurring theme throughout the research is that Millennials* are generally the least content with their current workplace, and therefore most in favour of change. Boomers on the whole, are most content:

• 25 percent of Millennials would like a games area in their office for playing and socialising with colleagues, compared with just 2 percent of Boomers

• 36 percent of Millennials would like private spaces for taking calls, compared with 24 percent of Boomers

• 27 percent of Millennials would like sit-stand desks, compared with 10 percent of Boomers

The research also revealed that when it comes to meetings, Millennials are less engaged on the whole:

• 35 percent of Millennials have texted friends or family during a meeting, compared with just 10 percent of Boomers

• 28 percent of Millennials have used their personal social media accounts during a meeting, compared with just 5 percent of Boomers, and

• 30 percent of Millennials have browsed the internet for personal reasons (including shopping), compared with only 5 percent of Boomers

Phillips continued: “What is evident from our research is that by and large, Millennials lack the spaces and resources to carry out their jobs effectively. By failing to meet the demands of this modern, digital-native workforce, employers risk missing out on the top talent.”

• Almost half (48 percent) of respondents agreed that the room where they were interviewed for a job would influence their opinion of whether or not to work for an organisation – this was particularly high amongst Millennials, at 54 percent

• 31 percent agree their meeting rooms are dull and uninspiring

The second study of 1,000 UK office workers by office design and interiors firm saraceninteriors.com claims that 41 percent of office workers say a modern office is a key factor when deciding to accept or reject a job offer, with 43 percent saying they’ve rejected job offers in the past due from employers with uninspiring offices.

The study also suggested businesses should consider their office design when looking to retain the best talent, with 39 percent of respondents saying a dull office has been a key reason for leaving a previous position, and 22 percent saying they would actually take a 10 percent pay cut to move to a modern office.

Of the office workers surveyed by Saracen Interiors, 50 percent said that while job hunting they research any potential employers to see what kind of office they have before deciding to apply for the role, with 66 percent saying they would be willing to travel further for a role in a modern office.

Commenting on the survey’s findings, Mike Page, CEO at saraceninteriors.com, said: “It’s clear to see from the survey results that business owners should be thinking more about their office design and how it appears to prospective employees when recruiting. In addition, and perhaps more importantly, employers should consider what impact their working environment has on their existing employees’ mental wellbeing, stress levels, and productivity.”

The study looked further into these issues finding that more than 2 in 3 office workers say their uninspiring office has a negative impact on their productivity at work. Of those who work in modern offices, a massive 72 percent say their inspiring office environment has a positive impact on their productivity. When looking at the salaries of workers surveyed there appears to be a trend, with 62 percent of those on more than £60,000 saying a modern office has been a key factor when accepting a job offer, compared to 47 percent earning £30,001 – £60,000, and 40 percent for those earning less than £30,000.

In addition, millennials are also heavily swayed by modern offices, with almost half (48 percent) saying they have rejected job offers due to lack of a modern workplace. 50 percent of millennials also said a modern office has been a key reason for them accepting a job offer previously.

Majority of office workers discontented with workplace environment Are you ready for the world of agile working we will experience in the 2020s?