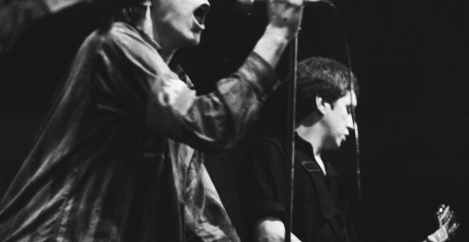 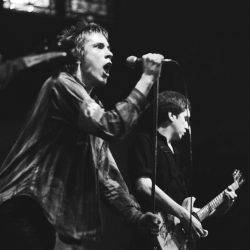 Although Lydon would prove to be an outstanding front man – a fact regardless of what you think of punk – his appeal lay in his provocation and iconoclasm. A rejection of what had gone before was the essence of punk and so the t-shirt was passed around the band mates and entered punk’s folk lore. In hindsight, the point everybody overlooked was that, in order to write I HATE on a Pink Floyd t-shirt, first you have to own the t-shirt. Turns out that John Lydon actually quite likes Pink Floyd. Ironic when you think that Glen Matlock was thrown out of the band for liking The Beatles, according to legend.

Any sort of challenge to what has gone before often fails the same test. We can see it in our own field, in the way that some people – many of whom should know better – have been proclaiming the death of the office for at least a quarter of a century.

In order to write I HATE on a Pink Floyd t-shirt, first you have to own the t-shirt

For example and for whatever reason, both Fast Company and Inc. have developed a habit of regularly publishing pieces that betray a complete unwillingness to try to understand even the most rudimentary facts about the subjects they’re judging. It is evident in this piece which can’t even distinguish – or perhaps be bothered to distinguish – between screens and panel systems.

The answer to this question can be found in a report from AWA, Haworth and Global Analytics. It claims that, far from inhabiting an agile workplace, the majority of people still work in roughly the same way they did ten years ago, with around half working in the same place every day. It also suggests that firms see workplace change as a real estate initiative, when the truth is that the focus should be on people and working culture.

The report also challenges some preconceptions we might have about the way most people actually work. It may be that our perceptions are distorted by the ways in which the noise of the new can drown out something important about reality. Just as most people continue to work in more or less traditional ways, Dark Side of the Moon remained in the US Billboard album chart for 741 weeks from 1973 to 1988. It still makes regular appearances.

The Pink Floyd of the workplace right now is the open plan office. In April of last year, Dr Peggie Rothe of Leesman used the firm’s vast accumulation of data to write this piece, challenging some of the most commonly held assumptions about the open plan, describing the now routine express of hatred to the idea as a witch hunt. The data she cites suggests that the open plan office endures because it makes sense in the right context, not just because an organisation wants to impose it on people.

The finest closing sentence of any novel in my opinion is that in The Great Gatsby. “So we beat on, boats against the current, borne back ceaselessly into the past.”  It is a reference to the futility of our attempts to escape the past, even as we look to the future, dreaming of how “tomorrow we will run faster, stretch out our arms farther”.

F Scott Fitzgerald was referring to people when he wrote it, and Jay Gatsby in particular, but it’s a passage that resonates in a number of ways, especially in those areas of our lives that deal most intimately with what it means to be human. And one of these is self-evidently the workplace, where any attempt to define the ideal office for a particular time, including the future, is complicated by the fact that we must always meet the needs of the beasts that inhabit it. Regardless of the tools we have at our disposal with which to work more effectively, or just plain ‘more’ we remain fundamentally the same animals we were thousands of years ago. 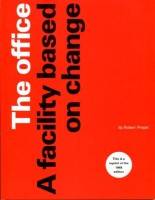 Or even fifty years.

I recently dug out my copy of Herman Miller designer Bob Propst’s manifesto called A Facility Based On Change. The book lays out the thinking behind the launch of Action Office in 1968. What is interesting about Propst’s book is how relevant its language and ideas are to the way we work now. There are sections dealing with striking the right balance between privacy and collaboration, managing change, the focus on individual performance and the need to express identity through office design.

The inescapable conclusion is that the design of the office is a reflection of the social, commercial, technological, economic and cultural forces that shape the workplace, but especially the animal at the centre of them all. There is also a legacy of what has gone before. That cannot be rejected until it has been embraced. You have to own the t-shirt before you can scribble anything on it.