Two in five women and one in five men in the UK say they have experienced unwanted sexual behaviour at work and only a minority ever report it, a BBC survey of 6,206 people has found. The study also claims that people in flexible work are significantly more likely to be subject to assault, rape, unwanted sexual advances and inappropriate behaviour. Around 42 percent of gig economy workers, the self-employed and freelancers reported that they had been subject to or exposed to such behaviour. Respondents were asked if they agreed with the proposition that: “Looking back over my working life, I have witnessed behaviour that I now believe to constitute sexual harassment but didn’t think it at the time.” Four in 10 (42 percent) over-55s agreed. Among those near the start of their working lives (18 to 34-year-olds), three in 10 felt the same way. The poll found that overall, 40 percent of women reported they have experienced some form of sexual harassment at work.

Main image: TUC from their recent eNote on the issue 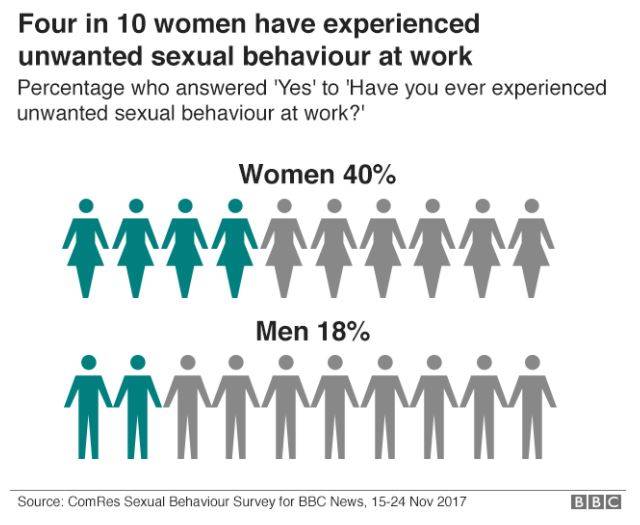 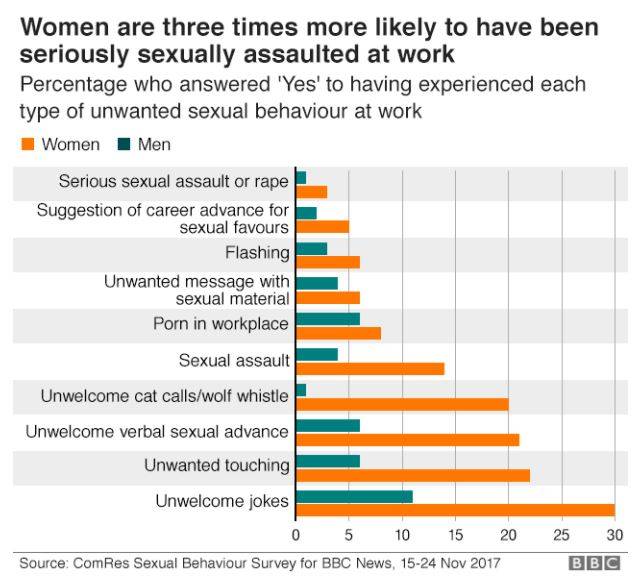 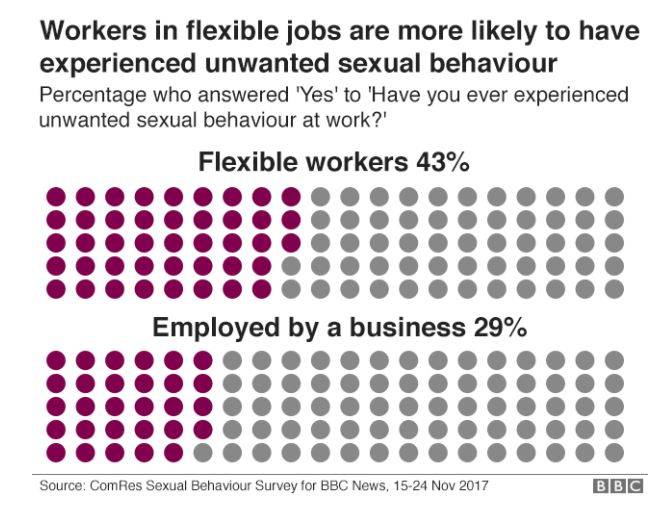