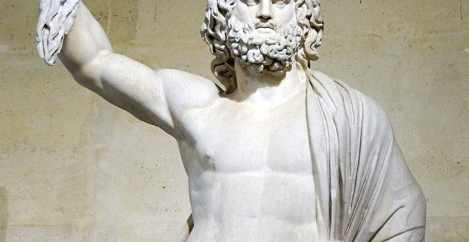 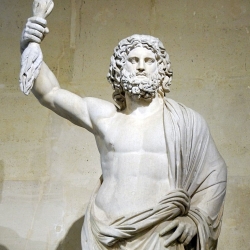 It was management consultant and author Peter Drucker who coined the well-worn maxim that “culture eats strategy for breakfast”. But often it is used in the wrong way. Far from suggesting that culture alone dictates workplace function, he presented culture as a first among equals. A strategy that does not heed culture is more likely to fail. A culture without strategy is prone to go adrift. It is vital for an organisation to be aware of its own culture and subcultures. Without self-awareness, the steps to improve or nuture those within the organisation will be futile.

In turn, a good workplace culture helps attract and retain the best talent and ensures a common sense of purpose among employees and stakeholders. An 11-year analysis of US firms by real estate consultancy JLL, suggests that companies which actively develop their culture and engage staff enjoy 516 per cent higher revenues and 755 per cent higher profits. Thus, culture can make a huge difference to an organisation.

There are four central steps towards creating an effective workplace culture: understanding your own culture, hiring people who fit both the role and the culture, having a clear identity and common sense of purpose, and allowing everyone to contribute ideas. Of these four, the most difficult for many organisations is often the first; understanding an organisation’s current culture and how to improve it is a highly complex task. There are several models that have been proposed by management experts to represent different common workplace cultures. The management consultant, Charles Handy names his suggested models after gods in the Ancient Greek pantheon, reflecting the fact that multiple cultures can exist within an organisation – the subcultures of teams and departments being an example – but that one may dominate.

The physical workplace and culture

The physical workplace can be as varied as its workforce and research suggests that aligning the two has significant benefits. Working in the right sort of proximity to other people improves interpersonal relationships and often leads to people mirroring the attitudes of those around them, helping to create a better cultural alignment within the workforce. A study from researchers at Cornell and Stanford Universities, in partnership with Yahoo, found that people tend to align their communication habits on the basis of their proximity and cultural connection to other people.

This demands that organisations take account of their workplace, actively improving it with culture  in mind. While traditional workplace specification relied on a straightforward approach which depicted an internal hierarchy, modern workplaces are spaces designed to enhance the work within. Of course, culture cannot be imposed by design, but the look and layout of an office can reflect, convey and facilitate culture. Ideally, each of the elements of a specific organisational culture should be discernible in the design of its office.

What makes an ideal workplace?

Much like the models of workplace culture, there are a number of ways of categorising and planning workplace structure. A publication from Adrian Leaman and Bill Bordass suggested ‘six killer variables of productivity’ to focus on, while Neil Usher sets out 12 elements of a fantastic workplace. Perhaps one of the simplest and more flexible ideas was developed by Robert Quinn and John Rohrbaugh, who created a matrix on two axes, that are closely aligned with workplace design: the degree of structure and place of focus. This yields four central categories of culture defined largely by workplace.

The categories – controlled, competitive, collaborative, and creative – describe recognisable workplace cultures in varied sectors. Technical operations often have ‘controlled’ workplaces, with an internal focus on performing operations and a highly regulated hierarchy. Competitive workplaces are also hierarchical but have a more external focus on being the best in class and are often the home of sales teams. An internal focus with a flat, more flexible organisation is the features of collaborative workplaces such as those of not-for-profit organisations. Finally, creative workplaces such as advertising agencies tend to have both a flatter structure and an external focus.

Ringing in the new

The traditional hierarchical approaches to workplace strategy are becoming less popular, in favour of a workplace design aligned with company culture. The design of co-working spaces is beginning to influence more corporate environments. There is a shift away from approaching an office as simply a product towards looking at an office as a service – where space and service are consumed flexibly – or an experience where an office adds value to the organisation. With fewer restrictions and more creativity, the workplace is rapidly becoming a tool for creating a better business and the interconnections between design and culture are forefront to this progress.

All of these issues are explored in our new white paper on the subject of workplace culture, which you can find here.

Alistair is the Managing Director of Anabas