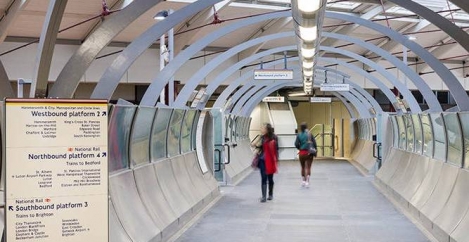 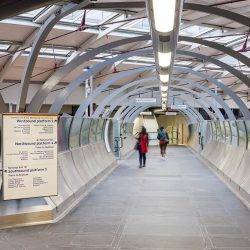 Timing is everything. Re-launching a professional body while the country’s politics unceremoniously implode could not have been foreseen, but the vacuous space was full of the registered and invited, many with a trail of string going back a few decades or more. What a lovely gathering of old friends it was. On Monday 12th The BIFM formally changed its name to the Institute of Workplace and Facilities Management. This event was to reveal the new creative collateral and celebrate the optimism/excitement/apprehension (delete as applicable).

Introducing the evening, Stephen Roots the BIFM/IWFM Chairman suggested that it is grumbled that ‘workplace’ is just the latest buzzword, but some will recall that at the time the AFM and IFM came together to form the BIFM, there wasn’t much going on called ‘workplace’ then either beyond Frank Duffy, Frank Becker and a few others. They have progressed like two solitudes (not the two Franks, of course), Facilities and Workplace, in parallel. Both are valid, neither are buzzwords, they’re real things, performed by committed and knowledgeable people.

There was a panel. Panels – as a conference method – are like reverse synergy, less than the division of their parts. Its tough moderating, tough participating, and tough listening. The motion was FM can benefit from the workplace opportunity. But only if we rise to the challenge. I’m not sure I understood the question to be honest.

The MC for the evening was the ever-eloquent and energised Ian Ellison of 3Edges, marshalling Andrew Mawson of AWA (a consultant), Matthew Tucker of Liverpool John Moores University (an academic), Stuart Wright of Aviva (an occupier – where the FM function recently re-branded itself as Workplace, another one to lose the label) and Heather Carey of the Work Foundation (from a research organisation). Interestingly, no FM services provider was present. A pity, and rather surprising. There was only one woman (not in FM or workplace) and four men on stage too, something the whole profession needs to address, it’s not difficult. 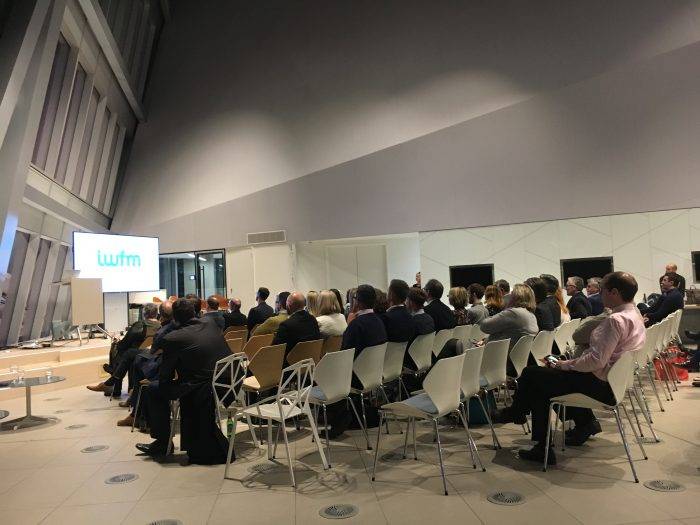 Ian’s mission was to make sure it did not become another ‘what is FM anyway?’ discussion that traditionally closed out FM conferences shortly before the wine, entirely unresolved. He achieved it admirably.

Panels always have to do their usual stuff and everyone gets a few minutes during which no-one answers the question, but there was a genuine level of enthusiasm for the contribution the workplace can make to the success of an organisation. Having this recognised is probably the most marked step the sector has made in the last decade. This was not a panel where people were intended to argue with each other, though, it was pure reinforcement. I do struggle when everyone starts talking about ‘experience’ but that’s just a personal phobia.

Yet that’s simply because ‘FM’ is so many services and trades, a federation, a point that often seems lost in the noise. There are millions of people working in FM trades and services, some estimates suggest 10% of the UK working population, but comparatively very few ‘federal’ employees. People rarely join the federal discipline straight out of the blocks, they join a specialist. A head of catering at a large organisation running several cafés and restaurants probably started as a chef or a hospitality trainee. FM has always needed to do a better job of creating the commonalities amongst these disparate services and trades, creating broader cross-disciplinary opportunities… and still does. FM is like the Barbarians, where everyone wears their own socks.

There was a plait of frustration and animation in Julie Kortens’ point from the floor that everything the panel was saying was pitched as something new, but that we should be celebrating the fact that people and teams have been doing all of this for years. Perhaps that was the precise point at which the line was drawn. We are still trying to work out what’s new and what’s being done already, and that is one of the challenges the new body will face as it steps into the world of Workplace it doesn’t yet know.

What did we learn? 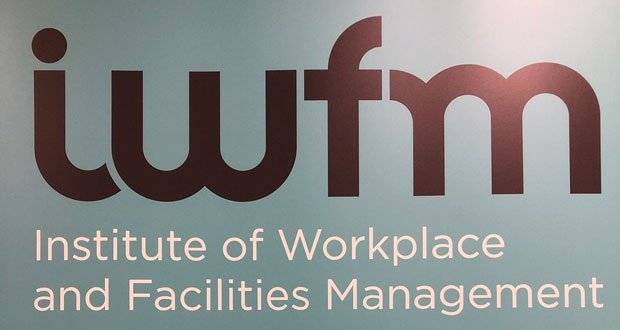 As they asked at the end of the Coen Brothers’ Burn After Reading: what did we learn? We didn’t answer the question but that wasn’t really the point. The FM/workplace and built/people and strategic/tactical/operational and all the other unresolved stuff won’t be fixed with a panel debate, it has a long road ahead.

Then to the big reveal. Gone is the tub-thumping red, white and blue of the Union Jack and in its place the rather shy, tranquil turquoise of the iwfm. Lower case in the logo at least, because that’s still modern enough to earn a red wiggly line. A colour that’s apolitical (for now), a colour that you can’t read white writing on when it’s on a slide, as it turns out. The logo actually looks very much like that of the now-passed wco (Workplace Consulting Organisation).

At that point we should have had a few crisp, clear messages about the culture change we were assured is coming – its new values perhaps, something that would have befitted a statement about culture. Instead we got a lot of hurried detail about things institutes do like awards, conferences and websites, too much at 7pm for an audience a few glasses of wine in. While we were listening, the banners had been changed, a nice touch.

No more seats at the table

All the while I couldn’t help thinking we would have been better off at the 100 Club with a band. Start as you mean to go on. Let’s face it, over the last 25 years the BIFM hasn’t been a whole bag of fun. It’s a bold move, the IWFM, particularly with its small financial and resource base. This time, though, we’ve got to enjoy it. That doesn’t mean the same small group congratulating itself, it means opening minds and borders, a challenger spirit, action not huff, earning recognition through getting stuff done and ever being surprising. Like not jumping straight into doing things that institutes do like awards, conferences and websites. Anyone demanding ‘a seat at the table’ should have their membership immediately revoked.

There is also the matter that the heart of the existing Workplace industry is London’s Farringdon, City and its fringes. Mick, Marcie and Dave at Mix Interiors magazine might disagree so let’s call it the ‘southern’ heart, Manchester probably being its northern twin soul. That’s a lot of cheap day returns on the Stansted Express.

I started in all this in 1992 as a Facilities Manager and was bloody proud to call myself that. It was new, energised, exciting, something was being created. There were personalities, optimism, passion. We quickly lost our way. More than anything else, over this time, we have been terrible at telling the story and have never closed the narrative gap. We haven’t seen it as important enough. Like it or not the IWFM will be part reality, part story, and the reality on its own won’t achieve anything. We’re already a few pages in.

Neil Usher is an internationally renowned workplace strategist and former Workplace Director at Sky (pictured). His first book The Elemental Workplace is out now – and if you haven’t read it you’re missing out. You can order it from Amazon but you’ll perhaps feel better if you order it through an independent bookshop, assuming you can find one. www.workessence.com. @workessence