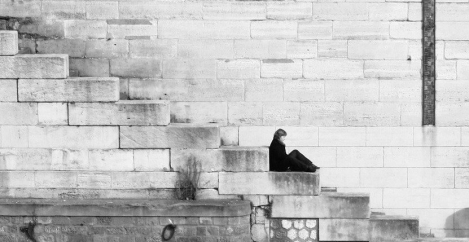 Did you hear the one about offices and creativity? 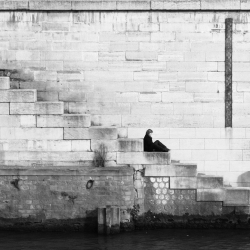 There is a famous episode of Seinfeld in which the character George is insulted in a business meeting and only thinks of a perfect retort while driving away from the office. This being George, he decides that he doesn’t want to waste his ‘killer line’ so engineers a second meeting so he can use it with the person who had insulted him, only for it to blow up in his face yet again. It’s an example of what the French refer to as l’esprit de l’escalier and the Germans as Treppenwitz, in both languages the wit you develop on a staircase.

It describes the phenomenon we all experience of having our best ideas when we stop trying to have them. When our mind wanders, and especially when the body is wandering too, it is free to have its own moments of insight and inspiration. And, contrary to the idea that structured collaboration leads to good ideas, when we are alone.

Unsurprisingly, there are good reasons why this happens. In his book The Eureka Factor: Aha Moments, Creative Insight, and the Brain, Professor John Kounios argues that our brains have essentially two ways of solving problems. One is analytical in which we use a rigid methodology to arrive at a solution. It is based on the frontal lobe of our brains that is responsible for attention, organising information and focus. The other is one where we experience a eureka moment in which an idea seems to pop out of nowhere.

Contrary to the idea that structured collaboration leads to good ideas, they are more likely to come when we are alone

His own insights into these phenomena are based on his research into what happens to the brain when it has ideas or solves problems. Using neuroimaging technology, he and his fellow researchers invited a number of research subjects to solve puzzles. What they found was that shortly before a burst of activity in the right temporal lobe of the brain indicating a moment of inspiration, the brain would shut down its own visual cortex which processes sight and perception.

Kounios and his fellow researchers compare it to the way we might close our eyes or look away immediately before a eureka moment. For a moment we become unaware of our surroundings while the idea flares into being. The brief change in function in the brain allows it to focus inwards and use the subconscious to make links between information it has stored and then present it to our conscious mind.

By contrast, when thinking methodically about a problem, the brain uses the frontal lobe to focus attention outwards to acquire as much information as it possibly can.

The process of having creative epiphanies is best served when we are not in a methodical frame of mind and ideally when we are not processing information in a formal way. That is why a walk in the park, a change of activity or setting or doing something routine like taking a shower are conducive to those aha moments. Sitting at our workstation in an office may be a great way of completing many tasks, but it is not necessarily suited to the creative spark.

Merely being in the outdoors or being able to perceive the natural world from our place in the office building can release endorphins and increase our feelings of wellbeing, putting the brain into the right frame of mind for an aha moment. Stepping away from a problem also gives the brain a chance to place less emphasis on its frontal lobe and allows the subconscious to intervene.

A study published in the Journal Psychological Science called Inspired by Distraction: Mind Wandering Facilitates Creative Incubation found that when we create the conditions in which our minds can wander, the brain makes connections between pieces of information unconsciously, massively increasing our ability to have revelatory insights and ideas.

We can achieve this by doing simple things like exercising outdoors, going for a walk or simply relaxing, by changing our behaviours but also by changing our surroundings. An office that encourages people to move and be aware of the natural world is not just good for physical and psychological wellbeing, it allows us to work in different ways that are best suited to the ways our brains function.

That includes moments of doing nothing in particular or sitting back or closing our eyes or simply walking up some stairs to tap the potential for creativity we all have hidden within.

This first appeared on the What’s Up blog