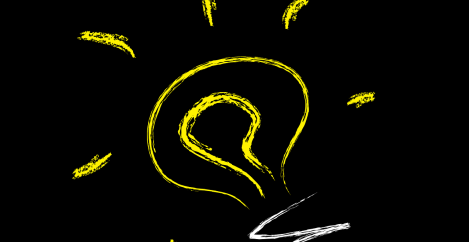 Awards and recognition for innovation can harm future levels of creativity 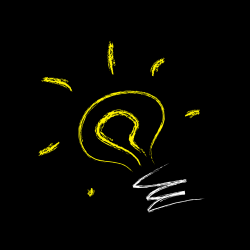 New research from Olin Business School at Washington University in St. Louis, published in the Journal of Applied Psychology, claims to have identified one reason why some first-time innovators struggle to repeat their initial creativity while others go on to continually produce creative works. Markus Baer, Professor of Organizational Behavior at Olin, and Dirk Deichmann, of the Rotterdam School of Management in the Netherlands, discovered that recognising first-time producers of successful novel ideas with an award or recognition can significantly decrease the likelihood that they will produce future creative work.

“In our study, we found that people who develop novel ideas and receive rewards for them start to see themselves primarily as a ‘creative person,’” Baer said.   “This newfound identity, which is special and rare, is then in need of protection. Essentially, once a person is in the creative limelight, stepping out of it — by producing a novel idea that disappoints or pales in comparison to earlier work — is threatening and to be avoided. One way to do so is to stop producing altogether. You cannot compromise your identity and reputation when you do not produce anything new.”

In other words, fear of failure the second time around can cause producers to avoid taking risks that would threaten their creative identity.

“Harper Lee is a perfect example of this phenomenon,” Baer said. “Her first book, ‘To Kill a Mockingbird,’ is one of the bestselling and most acclaimed American novels of all time. Yet she didn’t publish again until 55 years later. And her second book, ‘Go Set a Watchman,’ written in the mid-1950s, is considered to be a first draft of her legendary one hit wonder.”

To study the effect receiving an award or recognition had on first-time producers, Baer and Deichmann first conducted an archival study of 224 first-time cookbook authors in the United Kingdom. According to the study authors, the cookbook market is an ideal context to examine sustained creativity because cookbooks are creative works and a labor of love. From this sample, they found only about 50 percent of first-time cookbook authors went on to produce a second cookbook. Interestingly, they also discovered that the more novel the initial cookbook was, the less likely the author was to produce a second cookbook.

Finally, participants had the option to develop a second cookbook concept or to build upon their original idea with a marketing plan. The experiment showed that when people produce a highly novel, award-winning idea, right out of the gate, they’re less likely to produce a follow-up idea.

A second experiment built upon the original and allowed the authors to more precisely pinpoint the psychological mechanisms at play. In the two experimental studies, the percentage of first-time producers who decided to develop a second idea, as opposed to exploiting the first idea, was 21 and 34, respectively.

“Participants experienced a greater threat to their creative identity when producers of award-winning, novel work were confronted with the possibility of having to continue on their creative journey by having to produce original work yet again,” the authors concluded.

Creativity is most likely to blossom in environments where producers are motivated primarily by the challenge and meaning of the work itself — i.e., the problem they are trying to solve — and have some creativity-specific skills, such as associating or combining ideas from different knowledge domains, Baer said.

Previous research has focused on the benefits of awards, but Baer and Deichmann found that winning an award can, paradoxically, temper the creativity of producers because it introduces an extra layer of stress to the creative environment.

“Awards are only bad for people producing novel stuff because they make the creative identity of such people salient, causing them to feel threatened by the prospect of compromising this identity with mediocre work,” he said.

Baer offered the following strategies for avoiding the potential negative effects of awards and instead using them to encourage creativity:

Digital presenteeism now a pervasive cultural pressure Have we arrived at a point of equilibrium in the great workplace conversation?