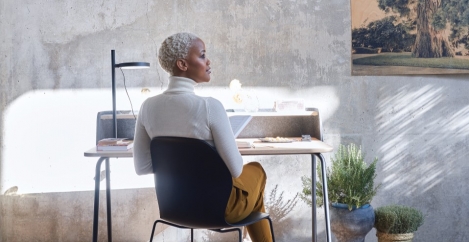 Have we arrived at a point of equilibrium in the great workplace conversation? 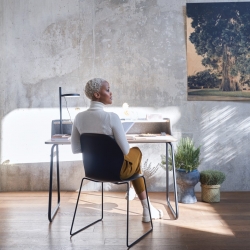 Perhaps the greatest irony of the tedious home v office debate is that the absolutists on both sides rely on many of the same fallacies. They tend to build their arguments around a simplistic view of the office and remote work that has little basis in reality. Unsurprisingly, when they do get their way, reality often bites them in the arse.

So, when the bufton-tuftons in charge of the UK civil service insisted everybody ‘return to the office’, they found that there weren’t enough desks to go around. Because, contrary to what they may have thought, their pre-pandemic offices weren’t designed for 100% occupancy to begin with.

In fact, most offices had been running at under half occupancy for many years and designers and facilities managers had created them to reflect the fact. Makes you wonder what the bosses had been told or knew or chose to ignore, perhaps because they are the latest generation of leaders to think that people don’t really want to work so need to be watched.

The same stereotype of offices full of desk bound workers informs the digital first herd. But instead of viewing this through a flimsy lens of creativity, cohesion and collaboration, they rely on a pathologised version of it, paired with an idealised version of working from home.

What they are learning the hard way, is that this doesn’t suit everybody, doesn’t suit them all the time and often affects the way organisations function in both good and bad ways. Some long term remote workers are starting to feel like they don’t exist, or at least not in the same way as those people who go to the office now and then. Many organisation are seeing a fraying of their ability to work productively and cohesively in the longer term.

The tensions between these two extremes and the synthesised solutions that help to resolve them – let’s call them flexible working – are discussed in this podcast between Steven Bartlett and Malcolm Gladwell.

I’ve seen one or two people triggered on social media by Gladwell saying at one point “it’s not in your best interest to work from home.” I don’t know if they’ve heard the statement in context, but even on face value he is overgeneralising. It clearly seems to be in a lot of people’s best interests to work from home. No question.

However, it comes at a point in the conversation in which the discussion is about the problems organisations are facing with fully remote work and how remote work can easily become transactional, so an individual’s choice of employer becomes entirely about pay. Bartlett admits his companies have lost many people because of this. But he raises a problem. These people may still be employees but they can end up dehumanised in the same way as gig workers.

Bartlett and Gladwell both highlight the failure of employers to persuade people to spend at least some time with their colleagues in person. Neither believes that this can be done very well by diktat or by laying on pizza and bagels.

Instead, the onus is on the employer to create more interesting, meaningful work, treat people like humans and offer them the flexibility and tools they need to do their job. This seems to be the synthesis of the two ends of the office v home debate and frankly, it’s one we should have worked out without the shock of a global pandemic.

Image: Sedus, from the latest issue of IN Magazine. I am indebted to David George for sharing the podcast that inspired this piece.