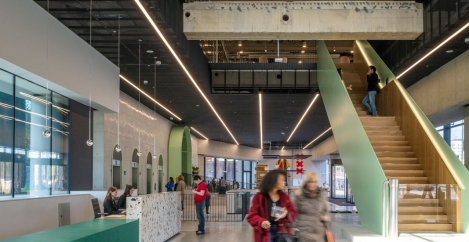 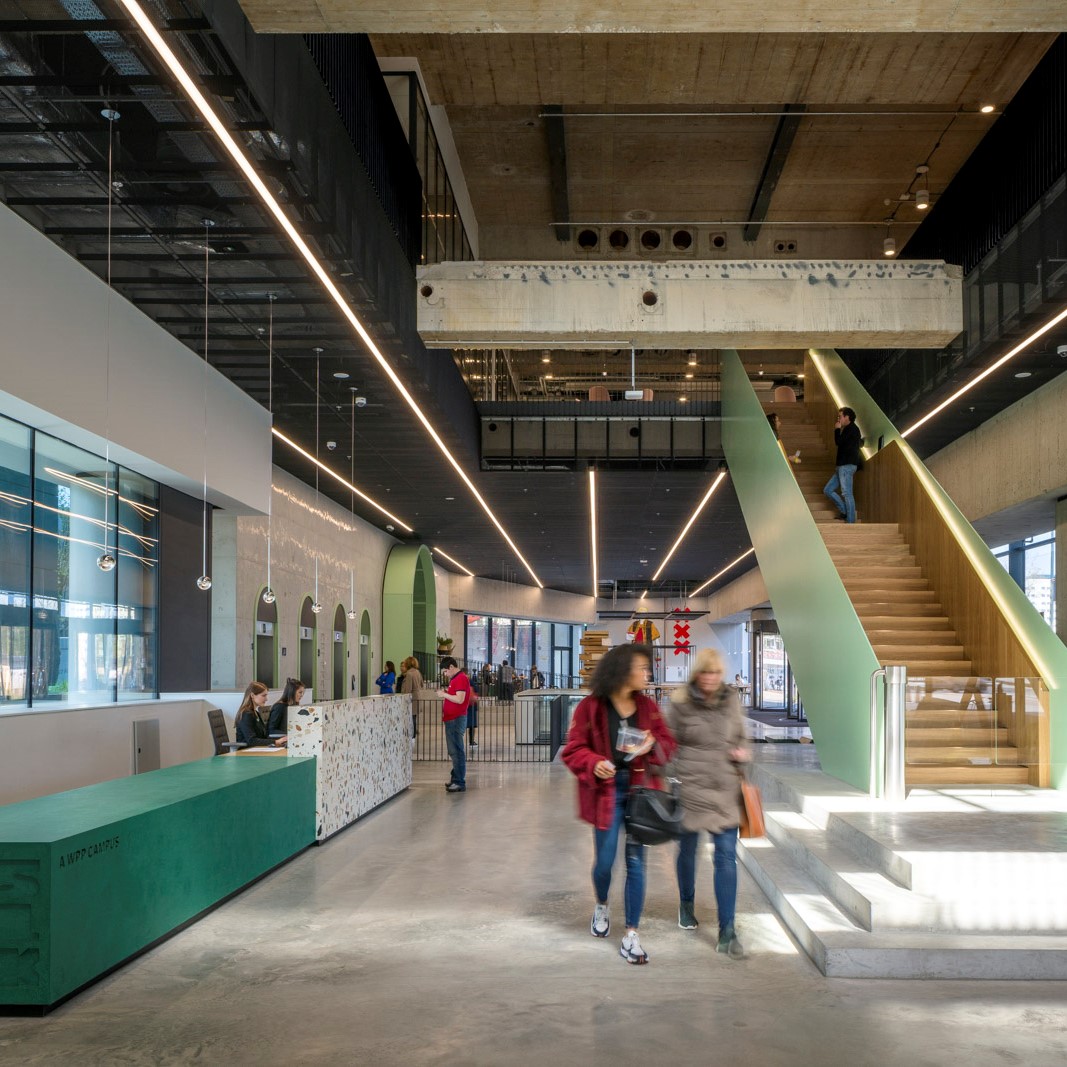 BDG architecture + design has completed the new Amsterdam campus for WPP as part of its global co- location strategy, which is to provide world-class spaces that bring together its people and agencies into one location, encouraging greater collaboration and giving clients easier access to all of WPP’s talent and expertise.

The Amsteldok building brings together 15 WPP agencies, from 11 locations into a single location. The previously vacant Rivierstaete building (as it was formerly known) has been transformed from a large traditional office building into a 19,000m2, innovative and creative workplace to support the 1,500 people that work from it.

Located on the river Amstel just 3.2km south of Amsterdam city centre, at its time of completion (1973) it was the largest office building in Europe. Designed by the Dutch architect Hugh Maaskant, the building resembles stacked boxes and was originally intended as the heart of a new business district that never transpired and became a residential area.

In 2014 the vacant building was purchased and the shell and core refurbished, shortly after in 2016 WPP deemed that it would be ideal for the Amsterdam co-location scheme. BDG then began its plans for the transformation of the interior to create a dynamic workplace to support the current and future aspirations of WPP.

The exterior of the building, once dominated by white mosaic tiles, has been largely replaced and now has floor to ceiling windows, which chimes with BDG’s theme of a free flowing workspace, flooded by light and movement within a sparse structural grid.

The original concrete structure has been maintained retaining the character of the building. The roofs at different heights have been transformed into terraces for employees and guests, connecting the inside and outside.

The highest terrace at level 9 is a key feature of the design, incorporating a bar and event space which are two major hubs for collaboration, with stunning views across Amsterdam.

The spacious eight metre high reception and lobby area is an impressive arrival with the striking staircase creating visual and physical connectivity. The incorporation of a café and restaurant into the reception ensures it is a destination in its own right, generating movement of people that reflects the dynamic nature of the businesses that reside here.

The staircase enables clients to access the shared business hub at level 01, with multipurpose board and meeting rooms, breakout areas and a coffee bar. This area has been designed for flexibility, retaining an industrial look and feel with raw concrete and exposed surfaces.

The shared space occupies approximately 40 per cent of the WPP’s spaces, with strong design language that unites them from the reception, staircase and cafes.

Redeveloping existing structures instead of constructing new buildings avoids the emission of thousands of tonnes of embodied carbon – equivalent to over 30 percent of the building’s lifetime carbon emissions. The new WPP campuses have been developed with sustainability at their heart and are aiming for a BREEAM rating of Very Good or higher. 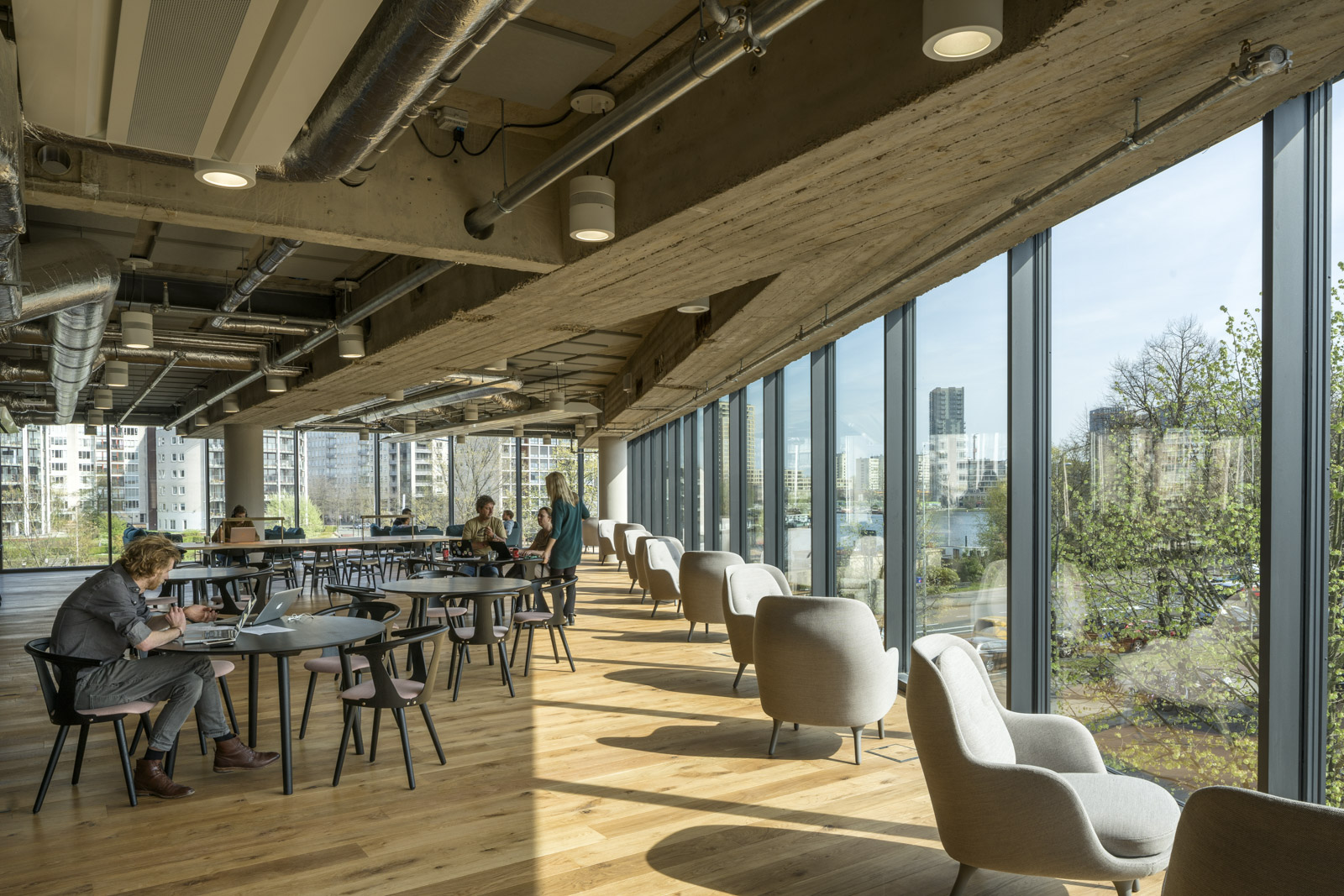 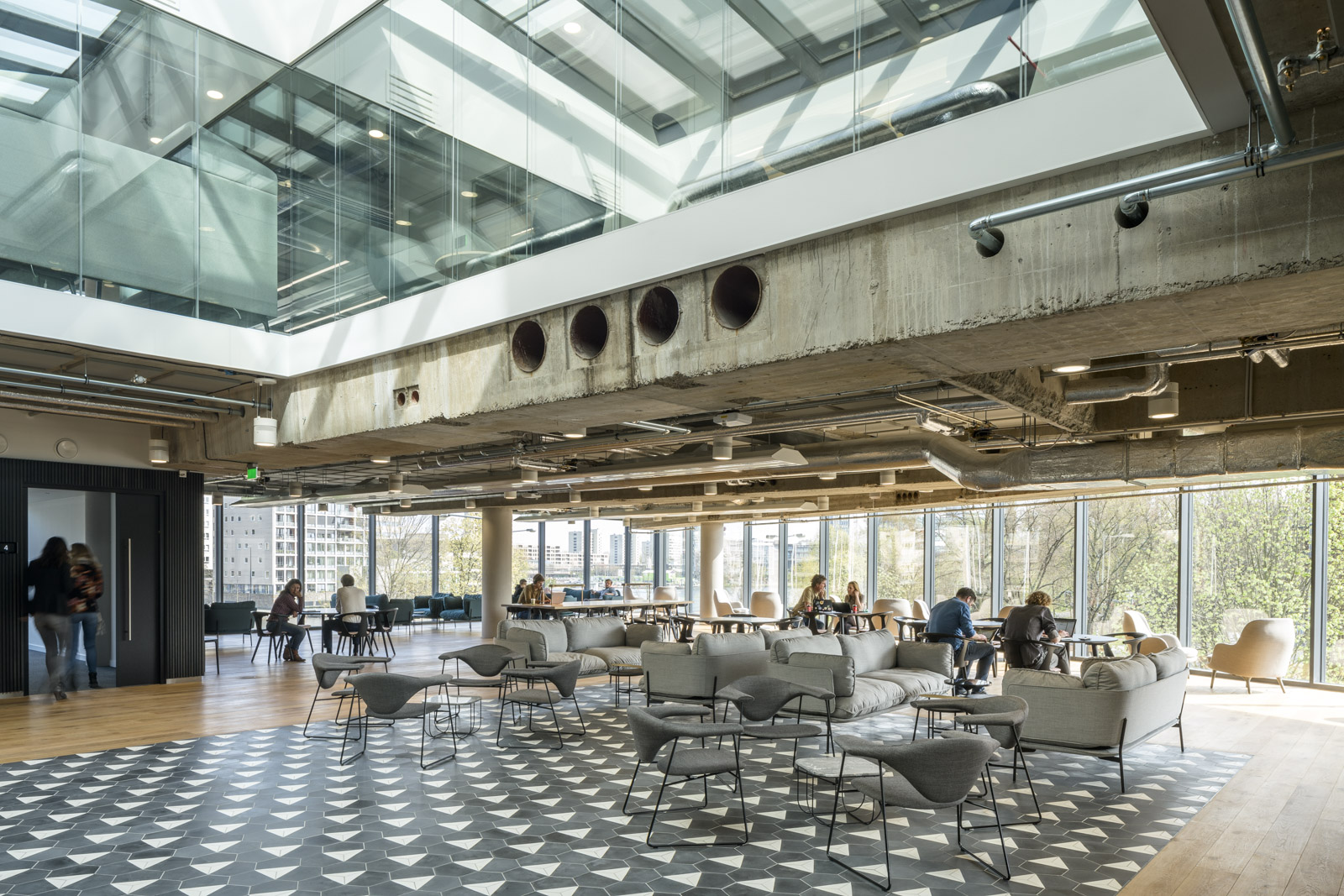 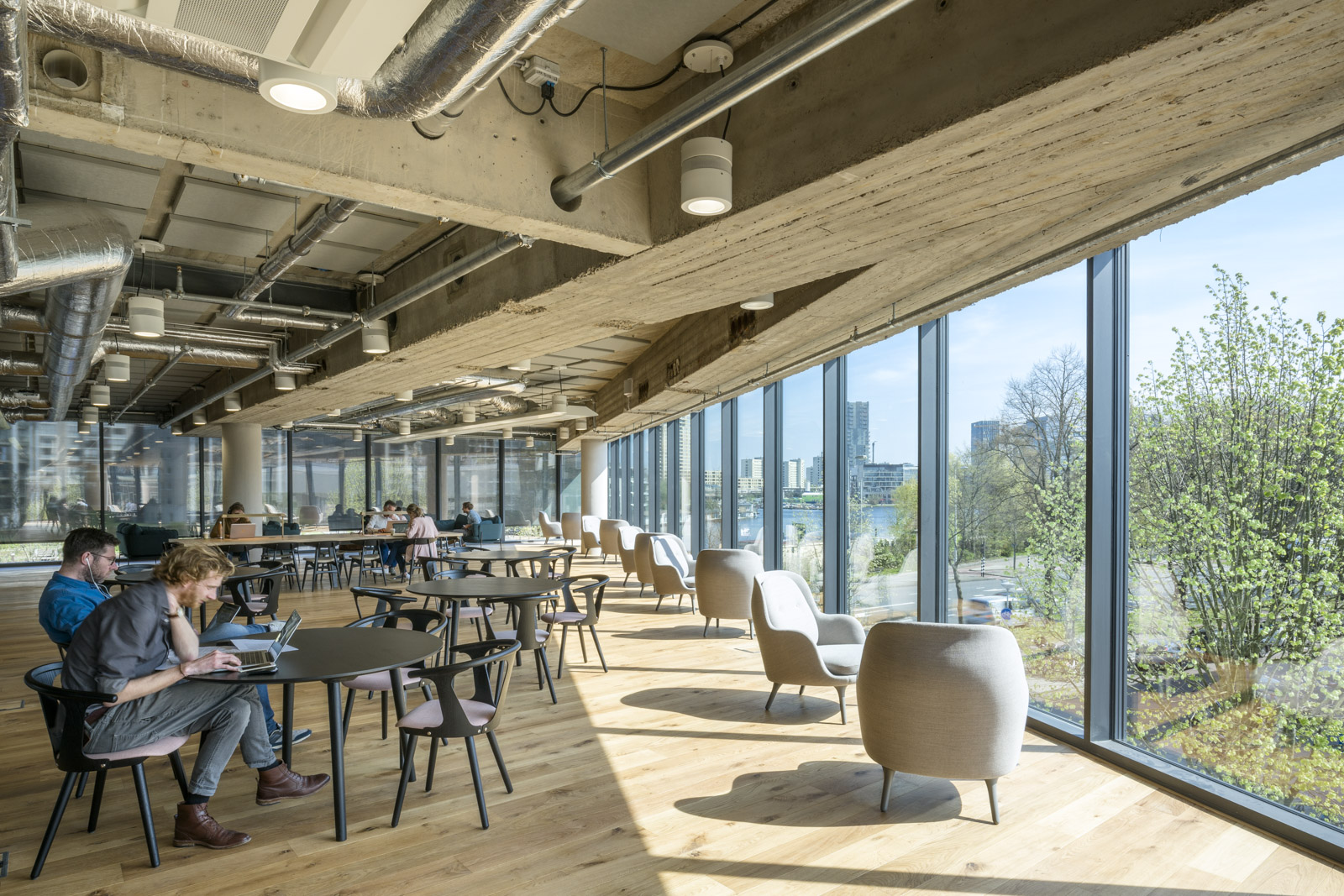 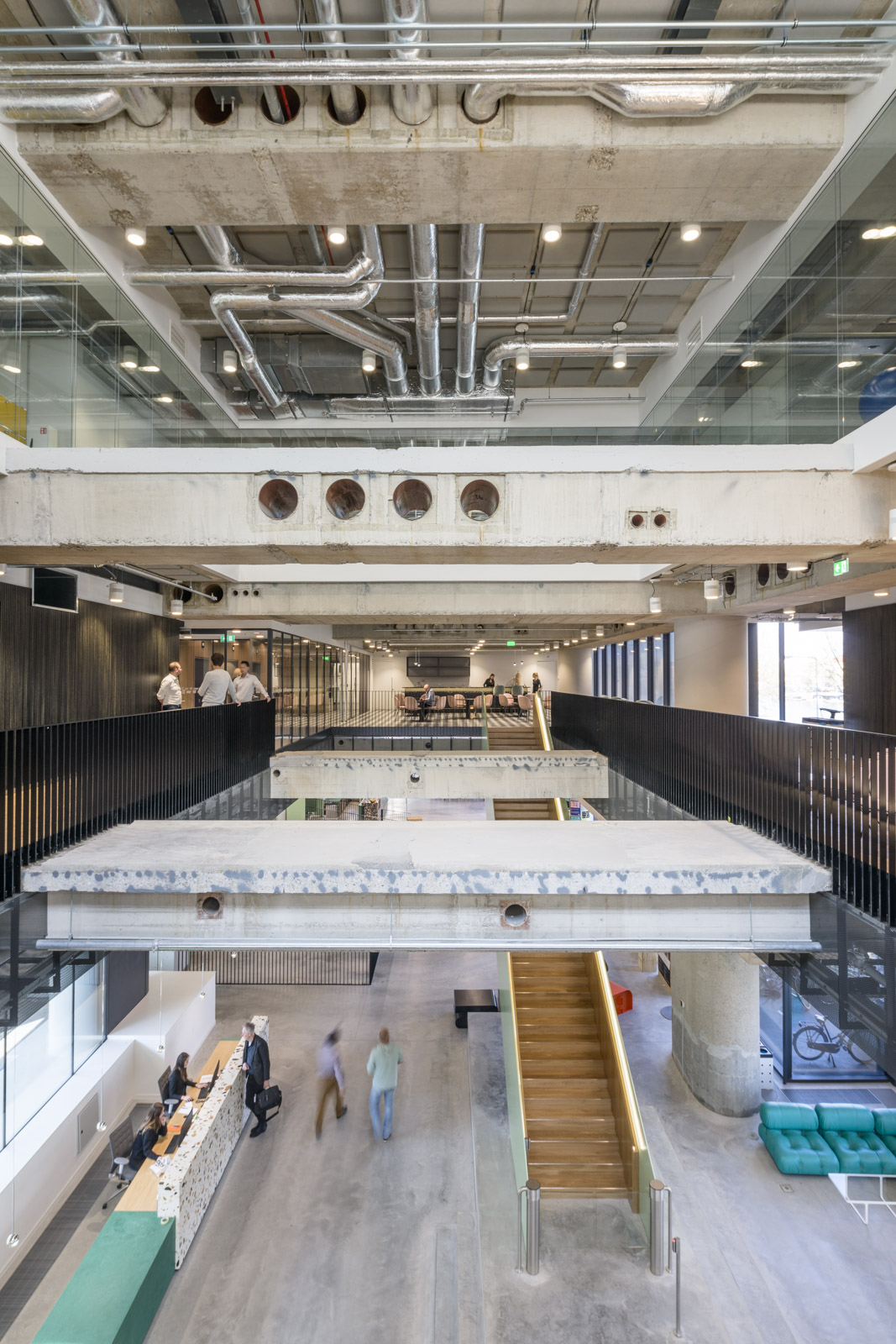 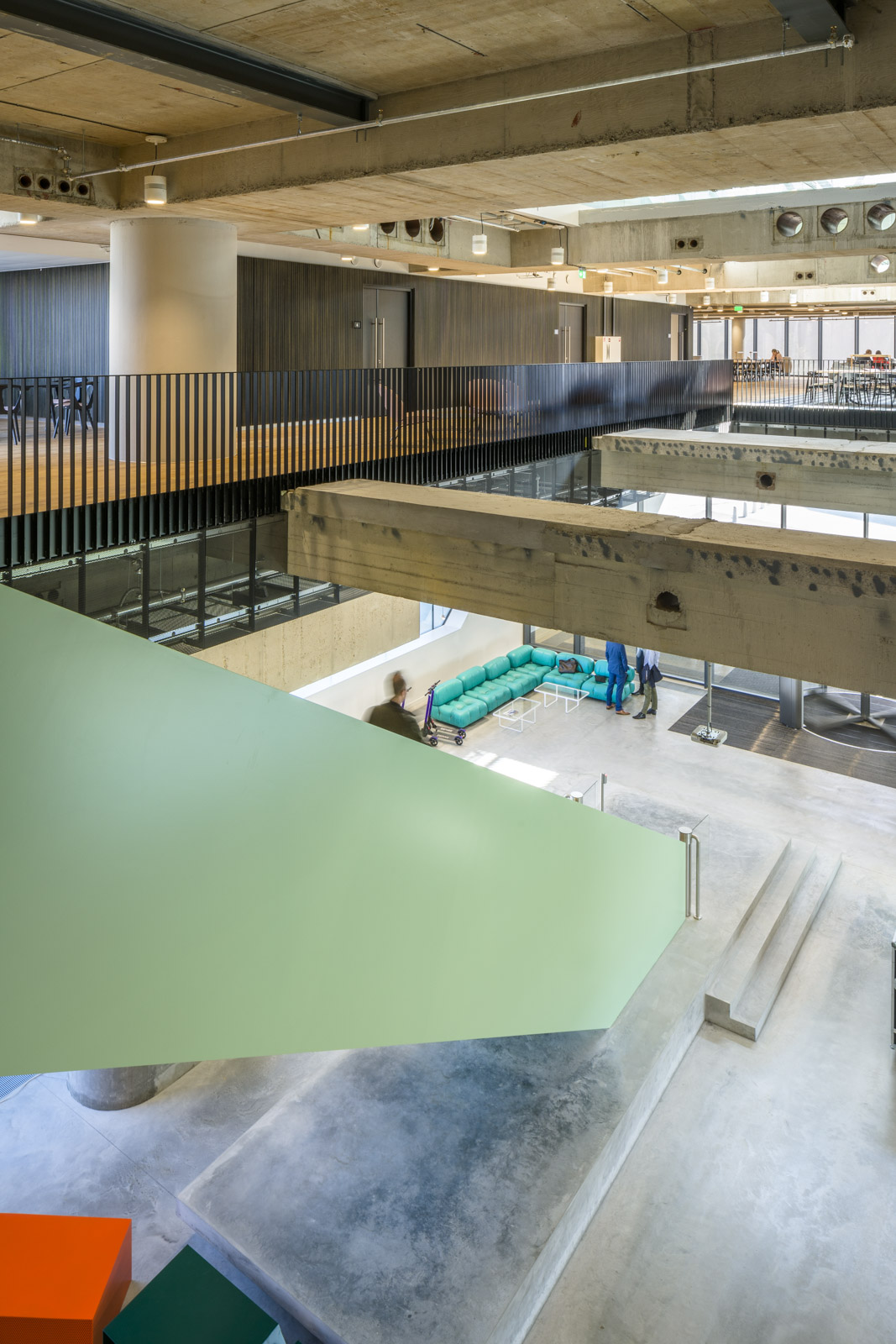 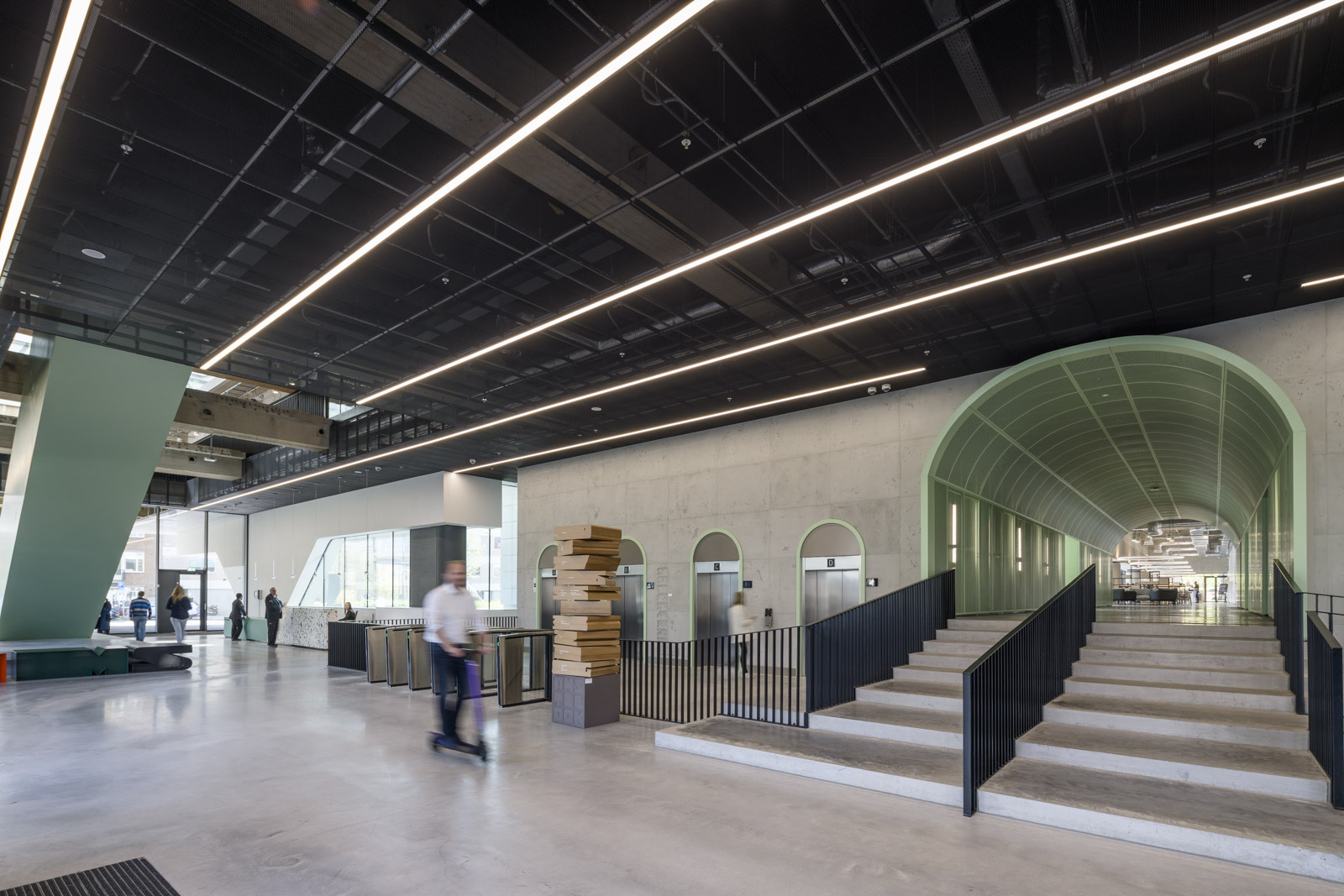 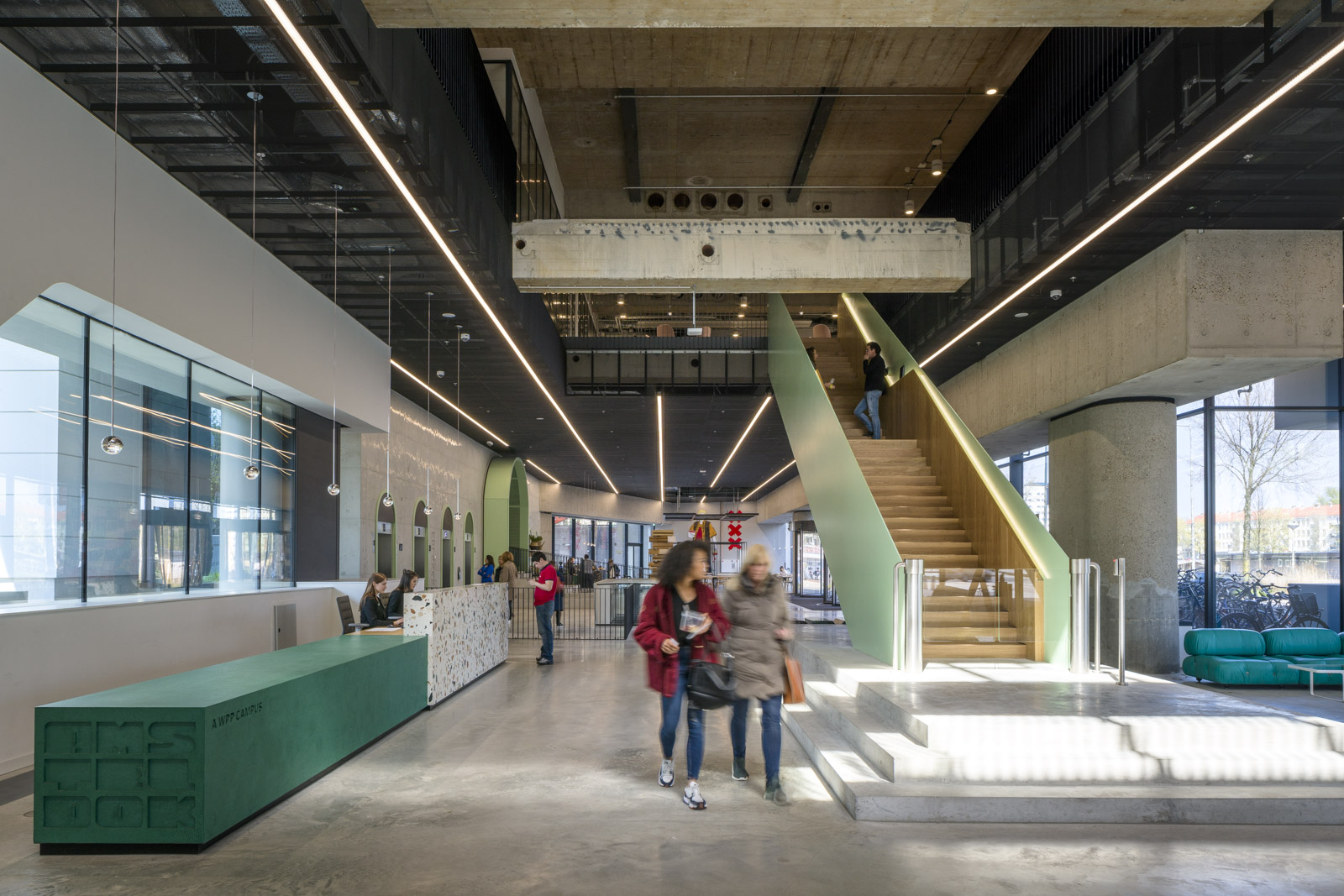 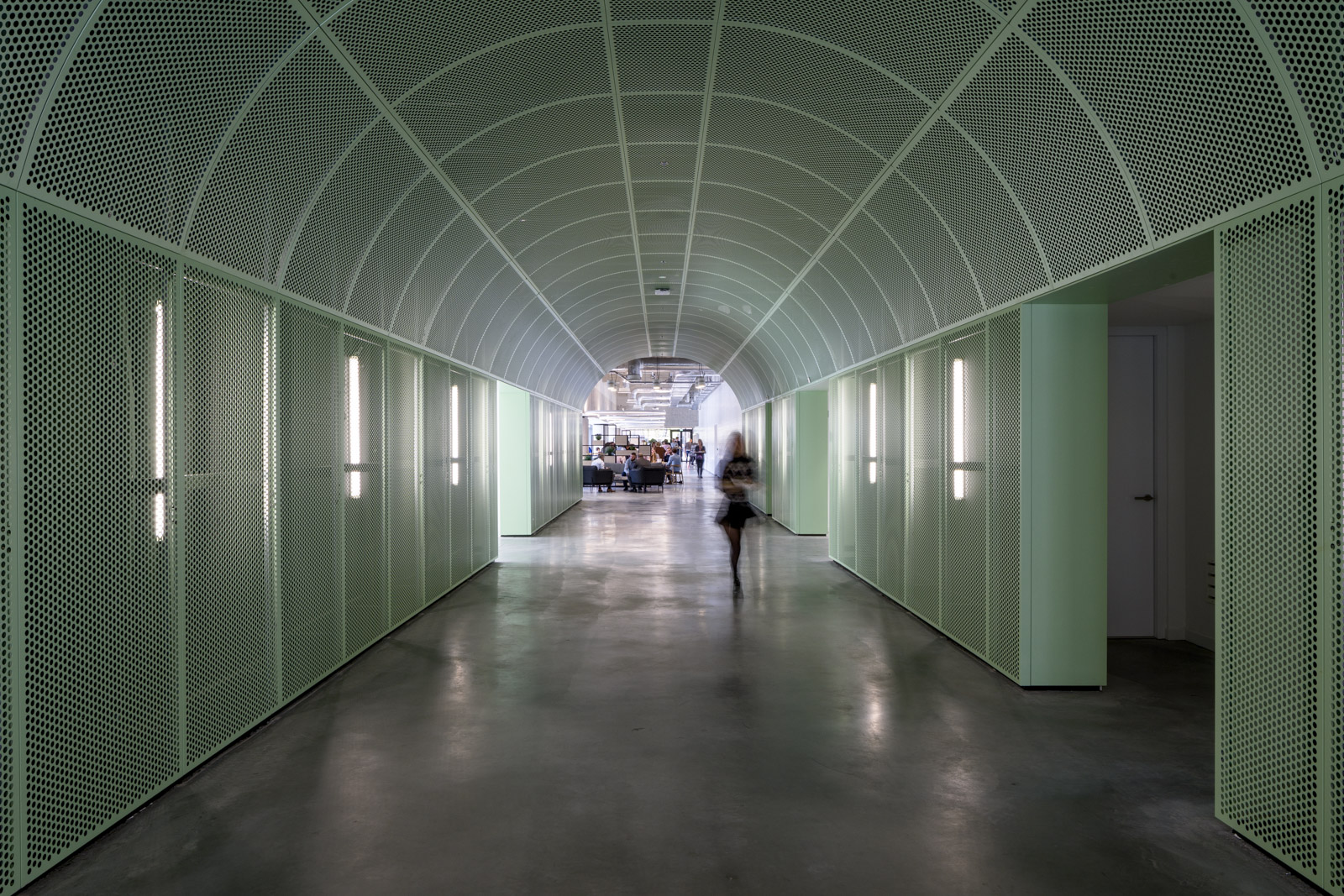 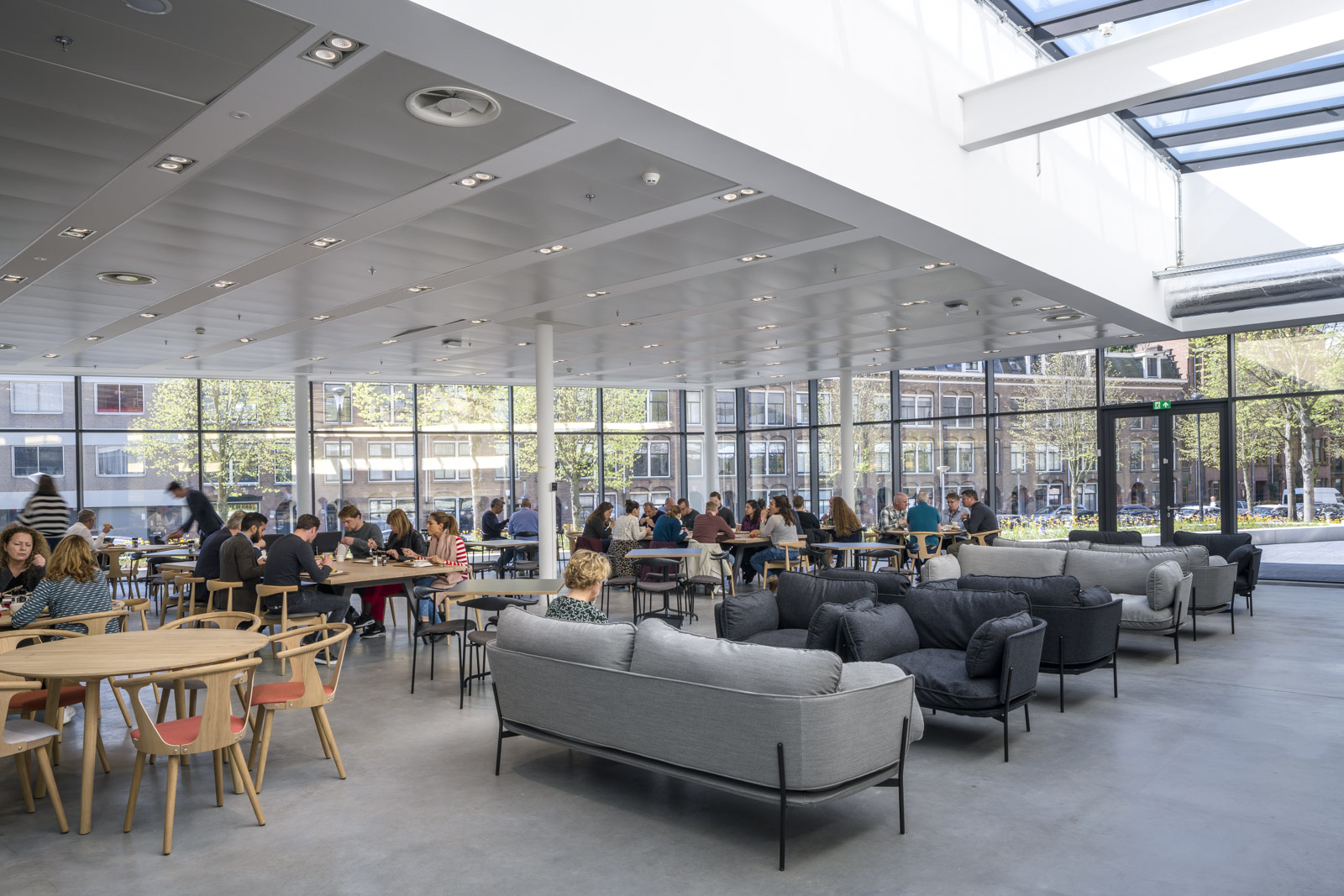 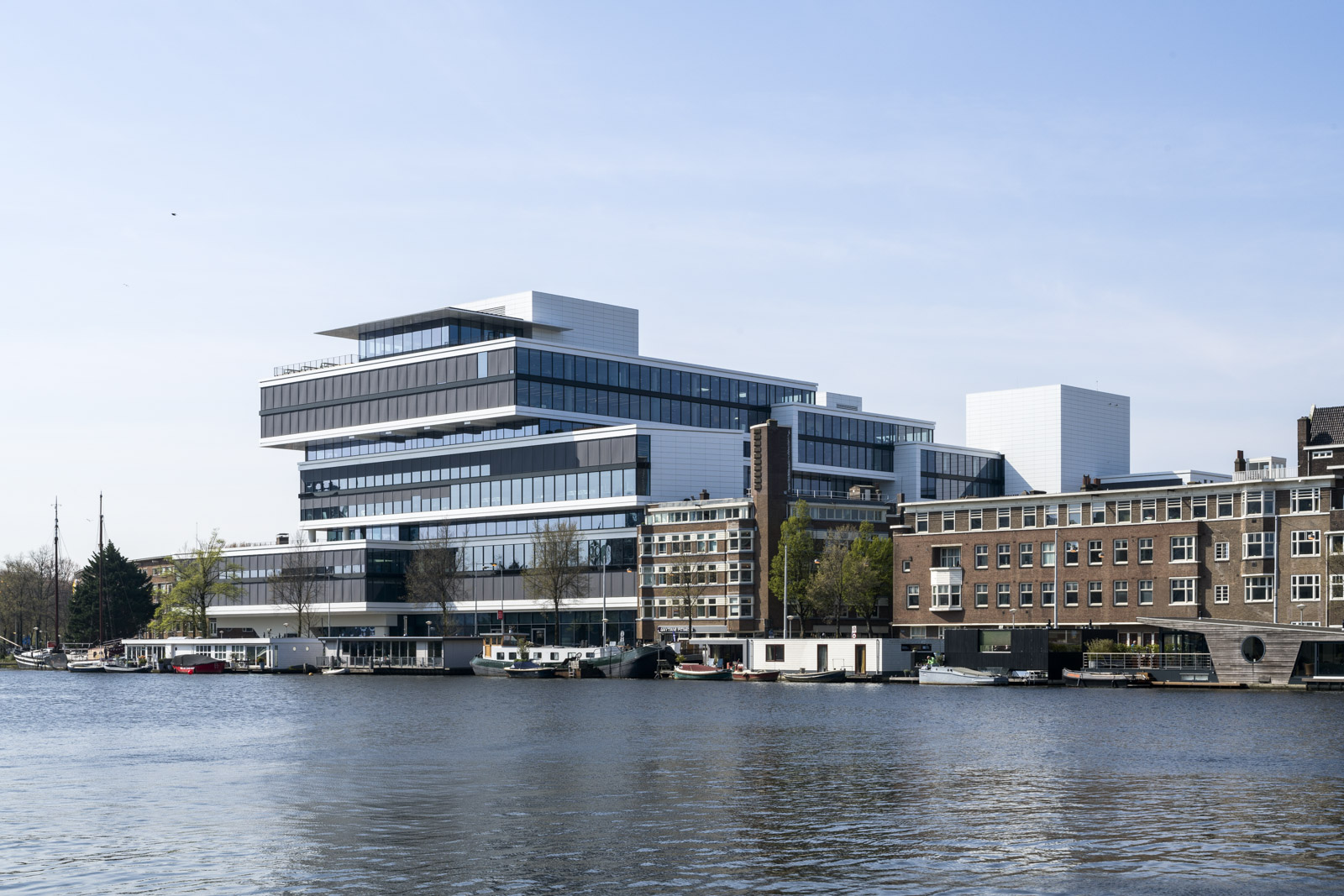 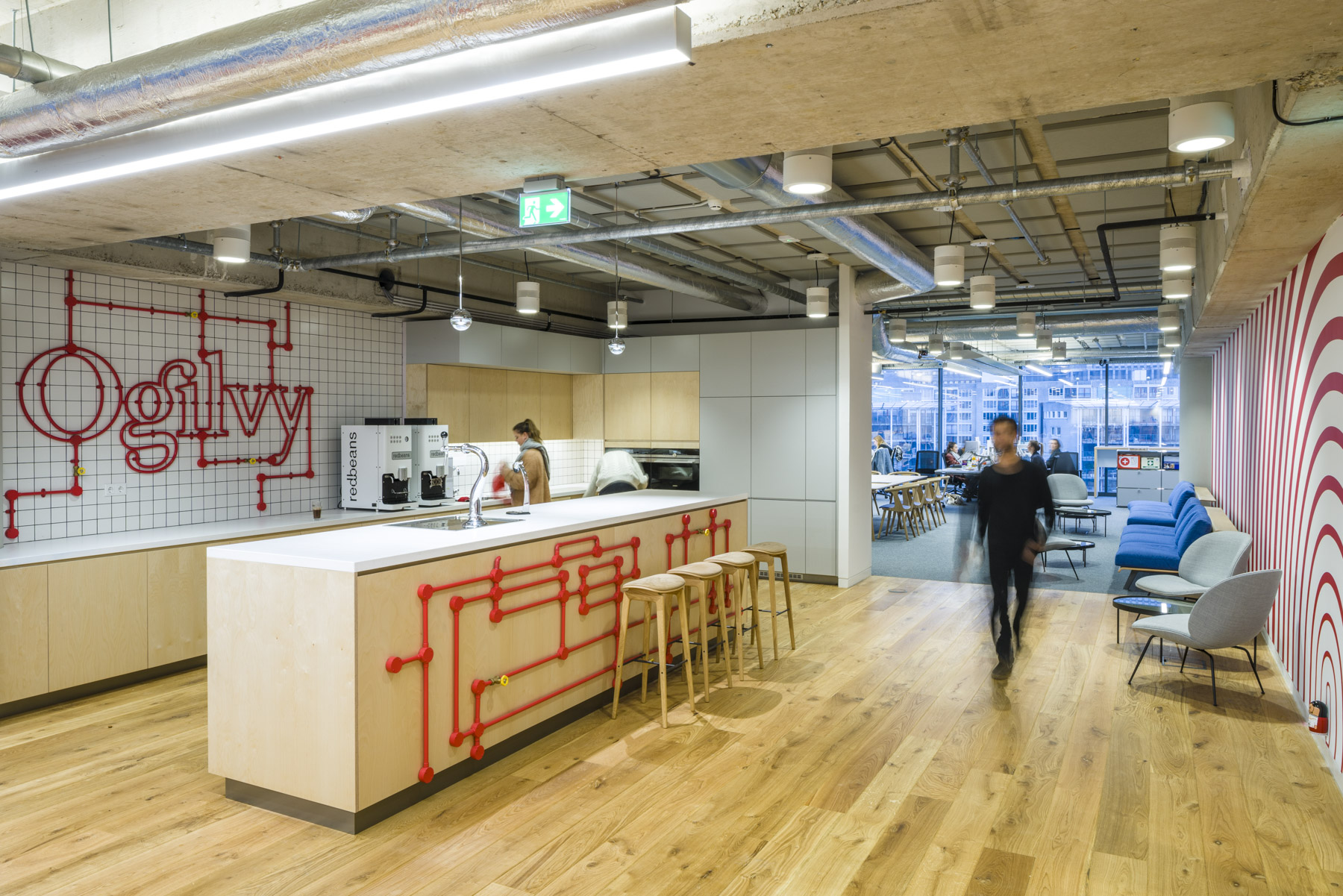 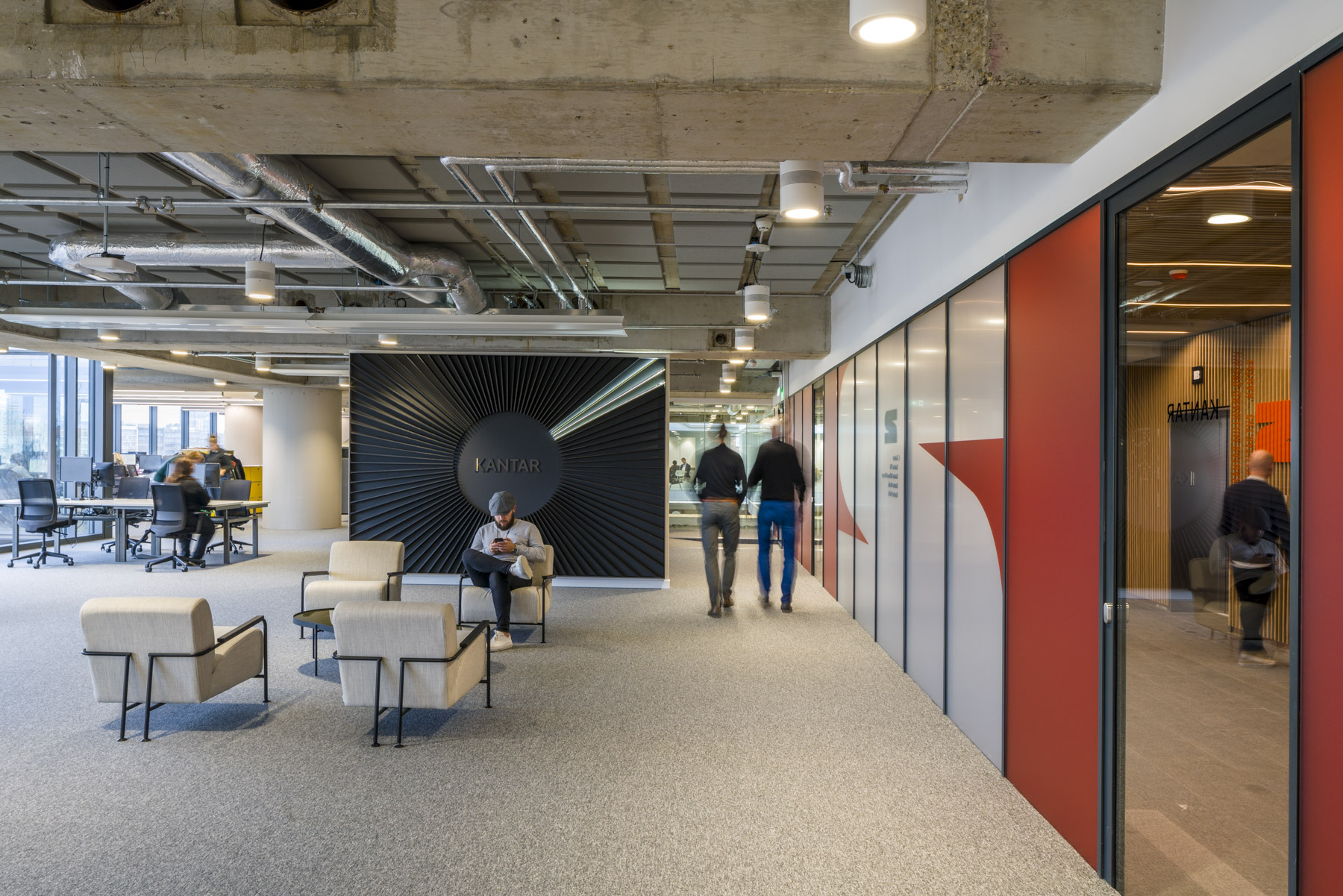