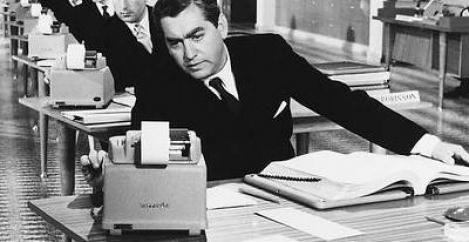 Bureaucracy and low morale a particular challenge for UK workforce 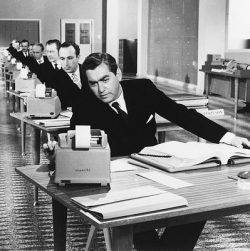 Bureaucracy is holding UK workers back, with over half (51 percent). well over the global average, having ranked bureaucracy as a top five workplace issue, according to new research undertaken by Slack to reveal international perceptions of work. Morale however, is the number one work challenge, cited by more UK respondents (7 percent) than in any other European country.  UK employees also consider hierarchy more a problem than their German counterparts (8 percent compared to 2 percent). Focusing on teamwork and investment in employees is most crucial to create successful businesses, because across the 17 markets, not one ranked a strong set of leaders as a top trait for business success. Instead of individual high-performers, the results showed that successful companies key focus is on investment in employees – which ranked as the most important value of globally successful businesses.

The survey discovered that problem solving is the greatest challenge that knowledge workers face globally, followed by customer and client service. Bureaucracy, ranked 3rd overall, was the biggest pain-point for both the US and Brazil and was ranked second for the UK and France. This suggests that beyond work itself, overly cumbersome processes are holding workers back.

In revealing this, along with more than half (51 percent) of workers rating bureaucracy in their top 5 workplace issues, the research suggests the challenge for UK knowledge workers is often inferior organisational structures, rather than a lack of skills. Meanwhile the UK worker’s team spirit was highlighted, with being part of a team ranked as a top 5 work value by 61 percent of UK workers – more than any other value.

Stuart Templeton, Slack’s Head of UK, said of the news: “Business leaders today face new and rapidly changing challenges. However, our Perceptions of Work research shows that business and employee values often differ. In order to tackle today’s challenges effectively together, leaders should reduce bureaucracy and hierarchy and pay attention to how their employees work best together.”

The research also shows that there is a disconnect between work values on the personal and business level. Individual autonomy – ranked 3rd for personal values globally – didn’t break the top ten for business values. Likewise, being part of a community ranked as the 4th priority on an individual level, while for business building that community ranked only 8th.