Cabinet for Core Cities looks to reshape the English economy 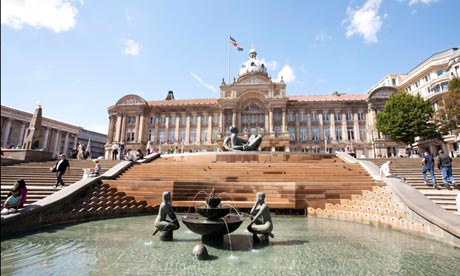 A newly formed Cabinet of Core Cities met for the first time in Liverpool on Friday, seeking to reshape England and call on the Government to work with it to maximise the economic potential of the regions by creating a more balanced economic structure for the country and develop policies that would create jobs and investment. The cities represent the urban centres of Manchester, Nottingham, Newcastle, Birmingham, Leeds, Liverpool, Bristol and Sheffield.

The Cabinet of Core Cities has already written an open letter to Prime Minister David Cameron urging the Government to participate in “an ambitious programme for jobs and growth”. The letter reminds the Government that the Core Cities urban areas already deliver 27 per cent of the national economy, which is more than London, and claim they have produced evidence that they can do more with greater local freedoms and powers and a more balanced approach to policy that addresses regional differences.

The Confederation of British Industry (CBI) has already thrown its weight behind the Cabinet.  Sarah Green, Director of CBI North East, said: “Business will welcome any move which will encourage government to seek growth from the whole of the UK economy. A return to strong, sustainable growth can only come from a rebalancing of the economy away from an over-reliance on London and the South East and it will be our major cities which will drive this. The government has shown its commitment to boosting regional growth through the expansion of City Deals and increasing the powers of Local Enterprise Partnerships in the Autumn Budget Statement, but the Cabinet of Core Cities is right to say that we need to go further to kick start growth.

“Our core cities need a strong, united voice to argue the case in Westminster. However, it is extremely important that the Cabinet of Core Cities works closely with existing bodies – in particular the Local Enterprise Partnerships – because businesses want to see a simplification of the existing regional governance arrangements, not something that further complicates the picture.”

The letter to the Prime Minister is reproduced here in full:

As the leaders of England’s biggest city economies outside London, we share the Government’s ambition to grow the economy, and believe the Core Cities are critical to addressing the current imbalance.

Our wider urban areas already deliver 27% of the country’s economic output and contain 16 million people. Even small gains in productivity in our cities will reap big national rewards.  With independent forecasts showing the potential for us to deliver an additional £61 billion GVA and 1.3 million jobs above current expectations over the next two decades, in these tough economic times, it is vital that we better utilise the spare capacity of our Core Cities to boost national growth.

In order to drive forward the economic growth and rebalancing agenda we are launching a Cabinet of Core Cities which will enable us to deliver new policy solutions.

To maximise the economic potential of our regions, we have agreed to work more closely together, taking on portfolio responsibilities  in key policy areas – economic growth,  skills and labour market issues, transport, housing, investment, low carbon, public sector reform – building on, but going further than, the City deals process that we have all welcomed. Our offer to Government is to join with us in pursuing an ambitious programme of growth and reform, coordinating work across its own departments.

As you can see, the Core Cities are taking ambitious strides to step up and deliver on growth programmes for our regional economies, but our activities will need to go hand in hand with increased dialogue and commitment from central Government.

To initiate this closer working relationship, we would like to invite you to come and meet with the Cabinet of Core Cities. We look forward to receiving your response and hope that together we can build a balanced UK economy that is firing on all cylinders to deliver the national growth that we need.