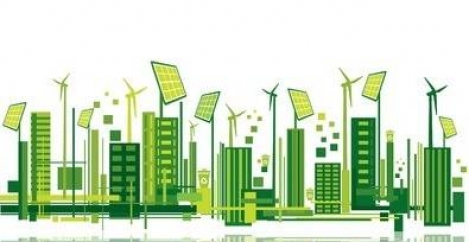 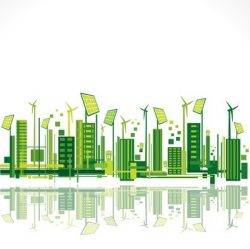 Built environment organisations are calling for urgent action on issues such as consumption, innovation and infrastructure to prevent the UK slipping behind other nations on poverty, equality and the environment as a new report released today (3 July 2018) highlights the UK’s inadequate performance against the United Nations Sustainable Development Goals (SDGs), including those for the built environment. The report, Measuring up, from the UK Stakeholders for Sustainable Development (UKSSD), is the first comprehensive assessment of the UK’s performance against all 17 SDGs and highlights a significant danger that quality of life in the UK will worsen if action is not taken. Just some of the findings of the report include; that the UK is performing well (green) on only 24 percent of its targets; no industry, innovation and infrastructure targets have achieved a ‘good’ performance rating, with gaps in policy coverage and inadequate or deteriorating performance and large scale, sustained investment in replacing ageing infrastructure and creating additional resilient and low carbon infrastructure of all kinds is required.

The report warns that an industrial transformation is required to make the UK economy more circular, with much higher levels of reuse, repair, recycling and energy recovery, and major improvements in resource productivity.

Sue Riddlestone OBE, CEO of sustainability charity and social enterprise Bioregional, which co-chairs UKSSD, and wrote Chapter 12 on sustainable consumption and production, said:  “The built environment sector has a big part to play in contributing to achieving the SDGs in the UK – after all, carbon emissions from buildings account for around a third of our emissions. It also clearly has a role to play in sustainable infrastructure (Goal 9), promoting good health and wellbeing (Goal 3), sustainable cities and communities (Goal 11) and many other goals.”

“There’s a huge opportunity now for companies in the built environment – be they architects, engineers, housebuilders or developers – to take up the challenge set by the SDGs. We’re keen to work together with the industry and with the Government and are looking to it to provide the leadership we need and provide a clear strategy to implement the SDGs in the UK.

The report comes from UKSSD, the network for organisations working to advance sustainable development and the delivery of the SDGs in the UK. Measuring up is the result of a multi-stakeholder process to show the UK’s current performance against the SDGs, the opportunities and challenges ahead, and topline recommendations for achieving the SDG targets. More than 100 organisations have taken part, including businesses, charities, academia, trade unions, professional associations and government agencies.

The project looks at each of the 17 SDGs and 169 targets, and uses both existing public policy and published data to understand the UK’s performance. This wide-ranging and in-depth performance assessment has been developed as the UK Government has not yet produced a Voluntary National Review. As a result, UKSSD believes the links between targets and the need for cross sector collaboration to tackle issues are not being considered to best effect.

Judith Sykes, member of the Institution of Civil Engineers’ Sustainability Leadership Team and Director of Expedition Engineering, who co-authored the report’s chapter on SDG9: industry, innovation and infrastructure, said: “As a wealthy, long industrialised nation, the UK should be leading the way in sustainable infrastructure but has found itself falling short. Achieving sustainability and radical reductions in greenhouse gas emissions requires existing infrastructure to be renewed or replaced. Public and private investment in new infrastructure needs to achieve large efficiency gains and contribute towards a more circular UK economy.

“Sustainable industrialisation is the backbone for achieving a range of other SDGs in the UK and across the world, linking to and impacting on targets such as those for climate change, energy, protecting habitats and biodiversity, and reducing inequalities. For this reason, ICE will build on these findings by hosting a Global Engineering Congress in October to co-ordinate a worldwide effort to tackle the SDGs where engineers can make the most impact.”

The full report is available from www.ukssd.co.uk/measuringup