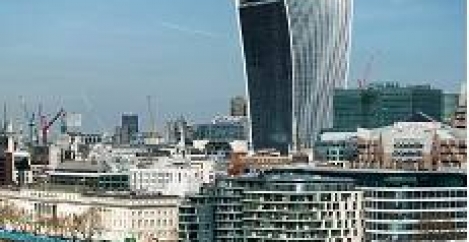 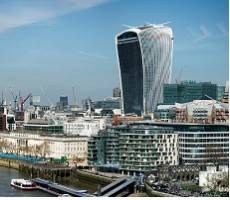 It may have the dubious distinction of being awarded the Carbuncle Cup of the year; but 20 Fenchurch Street in the City of London, better known as the ‘Walkie Talkie’ is now almost 98 percent let. Canary Wharf Group and Land Securities have announced that Castleton Commodities International (“CCI”) has leased the top office floor of the building on a long term lease. With the recent letting of level 31 to credit rating agency DBRS, just 15,000 sq ft of office space remains at the 37 storey building, which has been accused of creating a wind tunnel around its base and has also required alterations to its façade after it was found to be reflecting and magnifying light from the sun onto nearby streets. According to Magesh Nair, CCI’s Chief Operating Officer the building will provide the operational resilience required for its business, and is an “optimal environment for our employees and visitors.”