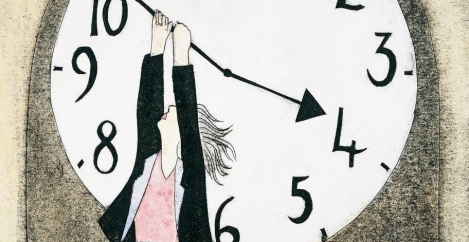 Discussions about the gender pay gap and increasing the number of women on Boards need to acknowledge that the greatest obstacle to female empowerment in the UK is balancing home and family. Just last week the TUC revealed that many women felt compelled to take time out of work to care for young children while another survey found over half of working women believe they would need to alter their career in order to have a child. Now the latest figures fromthe  workingmums.co.uk 2015 Annual Survey show that over a fifth of working mums have been forced to leave their jobs because a flexible working request was turned down. Although the right to request flexible working was extended to all employees last year, this new policy has a less rigid timetable for employers and no statutory right to appeal if a request is turned down.

In the survey of over 2,300 mums 49 percent think employers discriminate against working mums with only 12 percent saying they don’t. It also found that 38 percent of those still on maternity leave would not return to their jobs if flexible working wasn’t granted and 47 percent are unsure what they would do. However, despite its importance, 46 percent of those on maternity leave had not yet discussed it with their manager.

The survey underlines the importance of flexible working for working mums with 58 percent choosing it as the most important factor for their career progression, up from 52 percent in 2014. There is a big demand for homeworking – it is the most valued form of flexible working and the most likely to encourage women to work full time.

Of those who had flexible working turned down, over half said they felt the reasons given were unjustified. Some 13 percent who appealed were successful, but 77 percent didn’t appeal.

The survey reveals that many employers are failing to retain the skills of working mums after maternity leave. Some 62 percent of mums returned from maternity leave to a new job, up from 59 percent in 2014. Some 65 percent are interested in retraining and almost a third have retrained in the last year.

Other findings from the survey include a big demand for homeworking – it is the most valued form of flexible working and the most likely to encourage women to work full time.

Gillian Nissim, founder of Workingmums.co.uk, said: “The survey results show how important flexible working in all its forms is to working mums. There are some jobs in which it is easier to offer certain forms of flexibility, but our work in highlighting best practice shows that there is room for a lot of creative thinking on how to make work culture more family-friendly. Some have argued that it is too expensive for businesses to move to more agile working patterns, but the survey demonstrates the costs of not doing so in terms of the loss of skilled staff.”