Challenge for Ecobuild is reducing greenwash and white noise 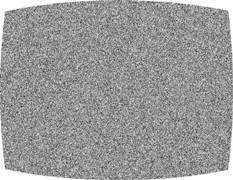 Today is the first day of Ecobuild, which claims to be the world’s largest exhibition dedicated to sustainable construction and fit-out. Some 1,500 organisations are taking part in the event in East London which last year attracted 58,000 visitors from around the world. While undoubtedly successful, influential, with great intellectual content and a showcase for some truly innovative and effective products, the approach of Ecobuild invariably begs the question: in a world in which every supplier claims to be environmentally friendly, how are their customers expected to make the right choices?

This not just a question about greenwash, but white noise. Because organisations know they cannot expect to win work without conveying some form of environmental message about what they do and how they set about it, it can be difficult or impossible for customers to work out what to believe and make informed decisions.

Standards and accreditations help, of course, but there is invariably debate about their meaning and applicability in particular cases. You could also argue that standards can encourage suppliers and customers alike to work to minimum standards and treat tenders as box ticking exercises.

Similarly, the claims that suppliers make can discourage buyers from asking secondary questions that would help them to make better choices. Buying a chair with 95 per cent recyclable components looks like a no-brainer until you ask where those components come from, how the chair is going to be broken down and its parts recycled, and who is going to be responsible for making sure it all happens in five or ten years time. A small tug on any of these threads can cause it all to unravel very quickly.

However office seating is a discrete product so those things are comparatively easy to assess and manage. Things are clearly more difficult when we look at products that work within the context of a complex system in which the form of a building, an organisational culture, individual behaviour and the advent of new technology and any number of other factors can determine how those products perform.

In either case, this degree of complexity is not always evident in the claims made by suppliers. Ecobuild does itself and its visitors no service by failing to distinguish between those firms that have a sophisticated product and business model and those that are doing the minimum they need to get work or even making disingenuous claims.

In some ways it is unfair to pick on Ecobuild because nearly all of the media fails to filter the messages put out by their commercial partners. However, when your raison d’être is sustainability, it is essential that you are able to verify the message you put across. In the case of Ecobuild, this would mean taking a more enlightened approach that would distinguish between those suppliers with a sophisticated approach which is of genuine benefit to their customers and the environment and those who are just adding to the white noise and the greenwash.