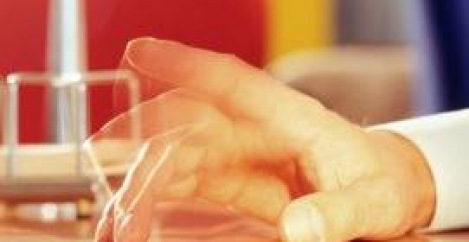 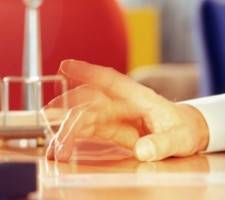 There are a number of well established strategies for reducing the incidence of the back problems associated with sedentary worker. Two new studies have identified important ways that can be used to address the challenges. One will be familiar – training and encouraging people to be aware of and modify their behaviour; the other less so- fidgeting. The first study, published in Occupational and Environmental Medicine, found that combining sound ergonomic practice with behaviour modification strategies led to a 60 percent reduction lower back pain compared to ergonomics in isolation. The second study, published in the American Journal of Preventative Medicine, found that fidgeting may also reduce the harmful effects of sedentary working across a range of health issues, with the authors concluding that “fidgeting may reduce the risk of all-cause mortality associated with excessive sitting time”.

According to the former study, led by researchers at the University of Adelaide, people working in a range of jobs who received safety training tailored to their degree of awareness and motivation to prevent injury were 60 percent less likely to report lower back pain than workers who got standard ergonomic interventions. The authors of the study led by Paul Rothmore also concluded that the risk factors for workplace injury are both physical and psychological and so include posture, sedentary work and excessive standing alongside stress, boredom and lack of job satisfaction.

The study of 242 workers (not all of whom were office based) at 21 companies led the researchers to suggest that one  potential method for improving workplace wellbeing is something called a “stage of change” approach which focuses on changing behaviour and encouraging more healthy lifestyles based on the preparedness of individuals to embrace the necessary changes.

The research published American Journal of Preventative Medicine, using data from the United Kingdom Women’s Cohort Study, UKWCS so applies data from a much larger base of people; 13,000 albeit drawn only from female workers.

The authors conclude that their results confirm other findings which suggest that even low levels of movement and activity can have significant health benefits and that more research is needed to describe the exact mechanisms involved.

Other research has already claimed that there are health benefits associated with fidgeting, leaving aside how annoying it might be for colleagues. A recent study by the Mayo Clinic claimed that fidgeting can even help people lose weight. Researchers selected 10 lean men and women and 10 slightly obese people who self described themselves as couch potatoes. They had both groups wear underwear with motion sensors built in and measured their movements and fidgeting. They found that the lean people spent 2 extra hours a day on their feet and burned an additional 350 calories a day, which would be 36 pounds of weight loss a year. The researchers were able to determine that people have a genetic predisposition to fidget and move or to be sedentary.