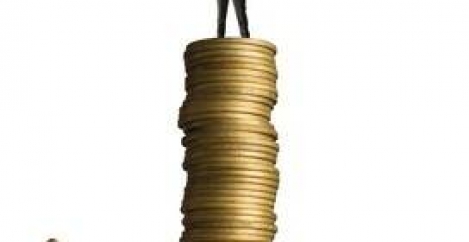 CIPD calls for more ethical approaches to pay and reward 0 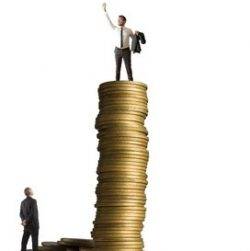 The CIPD and the High Pay Centre have launched a formal partnership to advocate fairer and more ethical approaches to pay and reward. Together they are calling for a major re-think of corporate governance to improve CEO pay transparency and ensure boards recognise their broader responsibility towards the workforce when decisions on executive pay and business investment are made. In their joint response to the Government’s green paper on corporate governance, which seeks views on how to curb excessive CEO pay and boost employee voice at board level, the CIPD and High Pay Centre point out that if FTSE 100 CEO pay continues to increase at the same rate for the next 20 years as it has for the last two decades, the average ratio between a CEO and average pay would increase from about 129:1 to more than 400:1. The CIPD chief executive Peter Cheese argues in the report that current levels of executive pay undermine both trust and sustainability and making small adjustments to current system isn’t the right approach.

The joint response, which marks the start of a formal partnership between the CIPD and High Pay Centre to advocate fairer and more ethical approaches to pay and reward, recommends that:

CIPD chief executive Peter Cheese commented: “This green paper provides an opportunity to think differently about how UK plc can lead the way in post Brexit Britain.  Current levels of executive pay undermine both trust and sustainability.  Fiddling around the edges of the current system won’t provide the solutions we need for an innovative, productive and leading economy. We are encouraged by and supportive of the recent announcement by the FRC of the need for a wider review of corporate governance codes to better reflect modern business realities.

“Let’s create a new system, where decisions about executive pay are taken within a different context, one which places the firm’s human capital development – or workforce – at the heart of Board decision making.

“In our view it’s very hard to justify very high pay for executives if it is unconnected to the organisation’s culture and the rewards, contribution and performance of the wider workforce.

“Consequently, many businesses need to fundamentally rethink how they create value for the long-term, recognising fully the contribution of all their people, not just the few at the top.

“Currently, too many organisations are run with a singular focus on their financial stakeholders which undervalues the human capital – the people – that deliver business success. Our recommendations are designed to redress the balance and ensure more employers actually live-up to the routinely spouted cliché that people are their greatest asset.”

Stefan Stern, director of the High Pay Centre, said: “We need to change the nature of the conversation on pay at the top if we want to bring about better outcomes. This can be done by introducing the mandatory publication of pay ratios, and by bringing employee representatives on to the Remuneration Committee.

“Voluntary measures and modest reforms have been tried, but have not been effective. If CEO pay continues to increase at the same rate as it has done for the last 20 years, over the next two decades we could be seeing average CEO-to-average pay ratios of over 400:1 and certainly over 300:1, which is the level of pay ratio that is frequently seen in large US corporates.

“Twenty five years after Sir Adrian Cadbury first reported on reforms to corporate governance it is surely time to take the bolder action that is needed. A healthier regime on top pay could have many positive consequences for UK businesses and for society generally. This could be the boost that ‘Brexit Britain’ needs.”