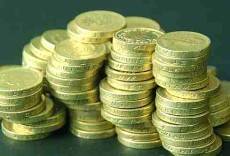 Construction firms in Scotland are increasingly reluctant to bid for public sector building work because of the spiralling costs of tendering for work, according to a new survey from the Scottish Building Federation. The SBF claims that the cost of tendering for public sector contracts has sky-rocketed in the past five years – and is now equivalent to £94 million each year as firms vie for a share of the £2 billion worth of public sector construction contracts awarded annually in Scotland. The survey claims that the annual cost to construction firms of participating in public procurement is now 4.4 percent of the total value of contracts, with builders reporting an increase of between 20 percent to 50 percent on most projects over the last five years.

Commenting on the survey results, Scottish Building Federation Managing Director, Vaughan Hart said: “Even at the best of times, construction is not a high margin industry.  If you consider that the cost of tendering for public sector contracts is now more than 4 percent of contract value, most contractors will be fulfilling these contracts at best at break even and at worst at a financial loss. With budgets as tight as they now are, public authorities are sharper than ever before on price. I know a number of contractors are actively avoiding the public sector market because they feel they’d have to make suicidal bids to secure the work. The solution must be to introduce a financial incentive for public authorities to run a more efficient and cost-effective tender process.  They should be encouraged to consider a means of reducing the tender costs to shortlisted contractors or reduce the amount of shortlisted companies in the first instance. Consistent enforcement of the standard pre-qualification questionnaire would help to reduce public procurement costs further.”

Mr. Hart concluded: “Recovery in the private sector remains very slow and construction firms are more dependent than ever on the public sector for a reliable long-term pipeline of work.  That being the case, action is urgently needed to ensure that public procurement is internally efficient.  Otherwise, the substantial costs of procurement to building contractors will continue to impede industry recovery.”