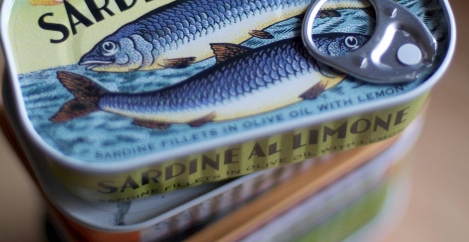 Don’t stand so close to me: why personal space matters in the workplace 0 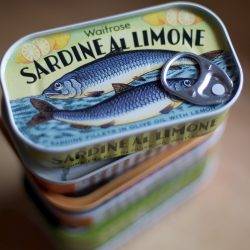 As successive BCO Specification Guides and the research of organisations like CoreNet Global have proved, the spatial dynamics of offices have changed dramatically in recent years. Put simply, the modern office serves significantly more people per square foot than ever before. Originally this tightening was largely down to the growing ubiquity of flat screen and the mobile devices, but more recently the major driver of change appears to be the gradual disappearance of personal workstations in favour of more shared space.

The typical space allocated to an individual in a building has shrunk dramatically in the last few years, while the provision of public and meeting space has increased. The upshot is that the amount of personal space allocated to each individual in a building has fallen by over a fifth in just a few years and the very idea of using the number of employees to determine their individual space requirements without other considerations seems less relevant.

But, just because getting more people into a building is easy, is it the right thing to do? The father of proxemics, which is the study of personal space, cultural researcher Edward T Hall, claimed that people typically have up to four zones of comfort. These are dependent on the level of intimacy with the other person, and are classified as ‘intimate’, ‘personal’, ‘social’ and ‘public’. Get these wrong in an office and you add to the stress people feel about being around their fellow humans. It’s important to know where to draw the lines.

This can be more complicated than you think, especially because it depends on where you are from. A new study led by Polish scientists and published in the Journal of Cross-Cultural Psychology found that the British are unsurprisingly more stand-offish than people from other countries. We like to keep a metre (a little over 3ft) between ourselves and a stranger, 80 cm from an acquaintance and just over 50 cm from an intimate or close friend. Argentinians, meanwhile, preferred a mere 76 cm distance for a stranger, 59 cm for an acquaintance and 40 cm for a friend. This puts us somewhere in the middle culturally with Romanians the most uncomfortable about invasions of their space, needing 140 cm distance from strangers to still feel comfortable.

The authors of the study in the Journal of Cross-Cultural Psychology asked 9,000 participants in 42 countries to indicate how close another person could get to them during a conversation for things to remain comfortable. Across countries, women tended to prefer greater distances from the other person, as did older participants.

All of this has ramifications for the way we design working environments of course. Feeling uncomfortable about the intrusion into our personal space is not only stressful but might also explain why we have such problems with privacy and acoustics in many modern work settings.

The upshot is that supposedly collaborative working environments based on throwing everybody together are not always conducive for particular tasks, but favour certain types of people more than others. In part the solution can be a variety of spaces and an awareness that organisations should not be based on the needs of the extroverts who make the most noise. This model of the workplace based on task-oriented zones is not new and dates back at least to the time of the combi-office, a mixture of cellular and open plan, that was a common feature of European offices long before we even knew what a smartphone was.

We know anecdotally that the occupational densities of offices in Western economies have been increasing dramatically over recent years. The nearest we have to an official figure comes from the British Council for Offices (BCO) who reported in 2009 in its Specification Guide that the average occupational density of a British office had increased by around 40 per cent since 1997 and they were probably being cautious. The broad thrust of these numbers are confirmed in the 2014 update to the Guide which uses well researched and current data, to suggest that workplace density in the UK remains in the range of 8-13 sq. m. net internal area per workstation.

However, the provision of zones for private and interactive work nowadays will typically be far more dependent on function and need than on status. Because of this functionality, this relatively complex model of the workplace is invariably reliant on a thorough understanding of the organisation’s needs as well as those of the people who work for it. This understanding starts from the basic premise that while there may be a good economic argument for the open plan and an admission that some privacy must be sacrificed in the interests of communications, there is a tug back in the other direction that has its own logic and its own business case. The challenge is to make informed decisions based on the variety of office design models and workplace cultures we can now apply to get the balance right.