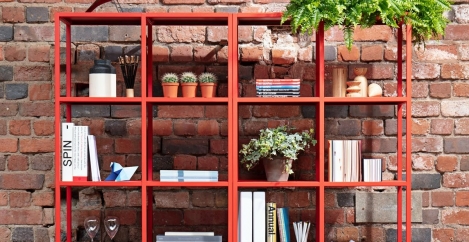 Engineered familiarity in the new era of work 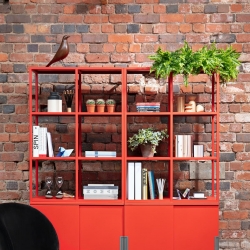 Every day, after a leisurely breakfast in bed and the opening of his post, Roald Dahl would wander down his garden to the grubby little hut crammed with personal paraphernalia he had created there. There he would sharpen the six yellow pencils that were always by his side while he worked, settle into an armchair, put his feet up on an old suitcase filled with logs, place an American yellow legal pad of paper onto a makeshift board on his lap and work for two hours.

He would stop for lunch, typically the same thing every day, have a nap and then return to the hut with a flask of tea for two more hours of uninterrupted work exactly as he had earlier in the day.

In a speech he explained why he did this. “I, like many other writers I know, am always frightened of starting work each morning’, he said. “The reason for this is that when you have to invent something new to write every day of your life, there is always the fear that your inventiveness will fail you and you won’t be able to think of anything at all.”

Dahl is not alone in following a strict routine as a way of fostering his creativity and productivity. Steve Jobs famously wore the same thing every day – an Issey Miyaki black turtleneck and blue jeans – so that he didn’t have to expend energy on choosing what to wear. Barack Obama famously had a wardrobe full of identical suits for the same reason.

Twyla Tharp wrote a whole book on the subject of routines and creativity called The Creative Habit, in which she writes: “it’s vital to establish some rituals—automatic but decisive patterns of behavior—at the beginning of the creative process, when you are most at peril of turning back, chickening out, giving up, or going the wrong way.”

The reasoning behind all of this is very simple according to Mason Currey the author of 2013’s Daily Rituals – How Artists Work and last year’s follow up Daily Rituals: Women at Work: How Great Women Make Time, Find Inspiration, and Get to Work and backs up the assertions of both Roald Dahl and Twyla Tharp and a host of other creatives who can be found on Currey’s blog dedicated to their daily routines.

The ritual means that things get done. Inspiration may strike at any time, but why take the chance when perspiration is more reliable?

That is not to say that there is no place for serendipity, but that too is often structured in the lives of the most creative and productive people, usually around a walk or some other activity that allows the brain to drift and help to strike the right balance between routine and variety.

We’ve all had plenty of time to ponder the role of routines and variety in our lives over the last year or so. And what we have discovered is that we need to strike a balance there too. Prior to the pandemic, two thirds of people said that the daily commute was the worst part of their day, according to the TUC.

And yet nearly a year on, fake commuting is a thing, reported on by the BBC and in the Wall Street Journal. In most cases this seems to be a way of recreating a ritual in the new era of work that allows people to structure their time to disconnect from work for their wellbeing and productivity at a very difficult time, but it speaks to an eternal truth.

It is something we should remember when we explore new directions in the post COVID world. We already have a great deal of wisdom to drawn on about how people work and what makes them happy and well.

One of those things is finding the right balance between variety and routine. For some time now, workplace commentators have been fond of talking about engineering serendipity as a way of fostering creativity. This is important but as the world’s new generation of fake commuters and old generation of creatures of habit know, sometimes you have to engineer familiarity too.