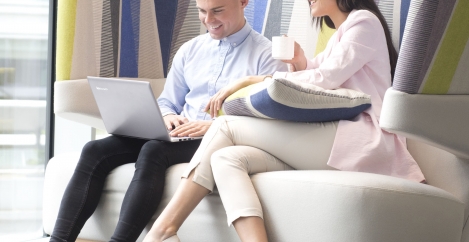 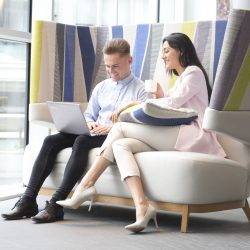 One of the great paradoxes of modern life is the ever increasing likelihood of breakdowns in communication in a world in which we have more ways to talk to each other than ever before. This can play out in especially toxic ways in the wider world, but its effects in the workplace can also be problematic. Most importantly, what we often assume to be true about communication and collaboration may not be borne out by the facts and this in turn has implications for workplace design.

Perhaps the most commonly held belief, and one which underpins a new generation of collaborative tech tools, is that an increase in the number of interactions improves the way people work together and share ideas and information. This is intuitive, but it seems to be more complicated than our intuition supposes.

The challenges of interaction

A new piece of research led by Harvard Business School looks at how people work together to solve problems across a number of different levels of interaction, both in person and using digital tools like Slack and Skype.  It found that too much interaction can be just as bad for outcomes as too little. Instead there is an optimum level of interaction at which things are just right, with neither too much nor too little interaction – the study called it the Goldilocks Point.

Once upon a time, work in real workplaces was intermittent … always-on technologies mean that we’re always in constant interaction with others

The lead researcher Ethan Bernstein of Harvard makes the point that such tools can be counterproductive if overused, contrasting the era of constant digital interaction with an analogue world in which we would break contact with work and colleagues and were better for it in some ways. “Once upon a time, work in real workplaces was intermittent,” Bernstein says. You would go from your office to a meeting to your office again or go home. But technology has changed all that. “These always-on technologies mean that we’re always in constant interaction with others.”

Although the technology is new, the idea that we can communicate too much isn’t. The physicist David Bohm raised the issue in a series of essays from the 1970s and 1980s published in a collection called On Dialogue in 2004, alongside a related collection called On Creativity.

It was already apparent to Bohm that increases in forms of communication presented their own problems. “In spite of this worldwide system of linkages, there is, at this very moment, a general feeling that communication is breaking down everywhere, on an unparalleled scale,” he wrote. “What appears… is generally at best a collection of trivial and almost unrelated fragments, while at worst, it can often be a really harmful source of confusion and misinformation…The very attempt to improve communication leads frequently to yet more confusion.”

And he had never even seen Twitter, let alone Slack. He would surely have endorsed the work of Bernstein and his team in ascertaining that communication can be counterproductive if nor handled in the right way and in moderation. 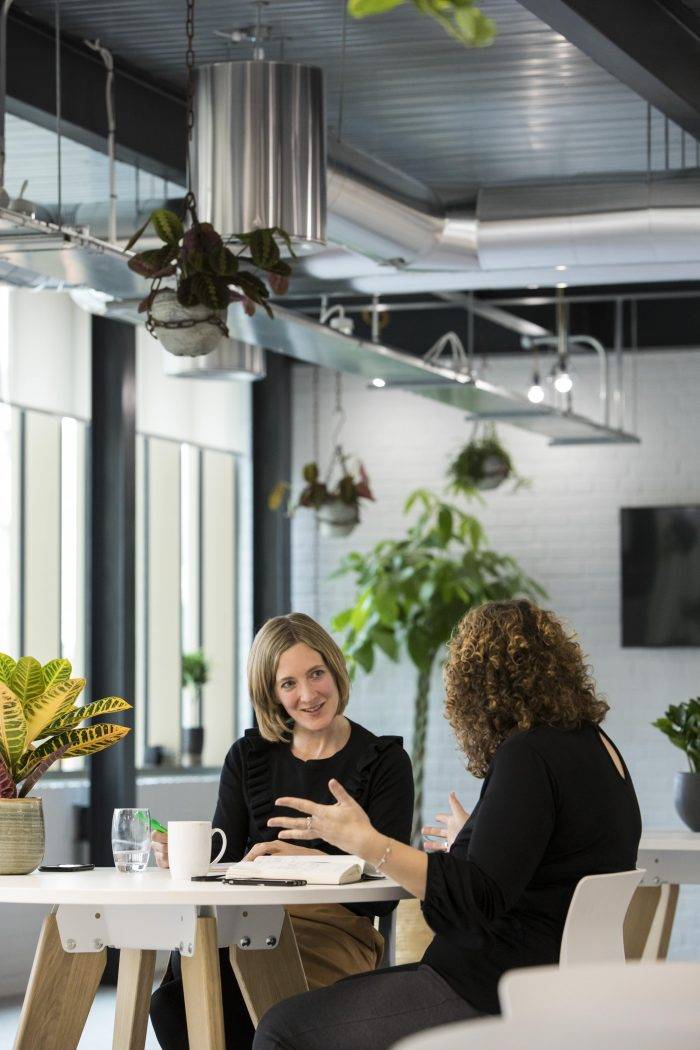 Similarly, collaboration is not as straightforward as we might assume. For a start we need to establish what we mean by collaboration. The management writer Arthur Himmelman created a model for understanding the different ways in which we collaborate, operating across a continuum that includes networking, coordinating, cooperating, collaborating and something called immuring.

The different points of the continuum demand different things of organisation and people. So, for example, networking involves exchanging information but without intruding onto somebody else’s patch and does not require a great deal of trust.

Full bore collaboration is at the other end of the continuum, in which everybody has skin in the game. They work together (or should) for mutual benefit and so are willing to share (or should be) what Himmelman terms the Four Rs of collaboration: risks, responsibilities, resources, and rewards. People accept they can only achieve their aims in collaboration with others and must work with them so everybody benefits. This level of collaborative partnership can be somewhat harder to achieve and so more prone to failure, according to this model.

Collaboration, communication and the engineering of serendipitous moments are now important goals for workplace designers. Yet, as the evidence continues to mount of the importance of acoustic and visual privacy, so we also become aware that it is possible to over-expose people to interactions in physical space as much as in digital space. We don’t necessarily improve communication and collaboration by creating more interactions, but by allowing people to break off and improve the quality of their work with each other and not just its quantity.

This does not mean that the open plan is the enemy of communication and collaboration, as some people have mistakenly concluded. As data from workplace researchers Leesman has shown, the most productive workplaces have a strong tendency to feature open plan office space.

Just as there is a Goldilocks Point in the use of digital collaborative tools, so too is there one for the office. Getting things just right is a challenge but we have the models of office design to allow people to strike the right balance. The challenge we began with is framed as a paradox, and we end with another as the solution. Communicating and collaborating effectively as part of a team means creating time and space to be on our own sometimes. A well designed office will allow people to do exactly that.

Jonathan Hindle is Group Managing Director at KI EMEA and Chair of the British Furniture Confederation.

Half of HR departments plan to offer new employee benefits Staff wellbeing moves up the HR agenda and yes, includes the provision of free fruit