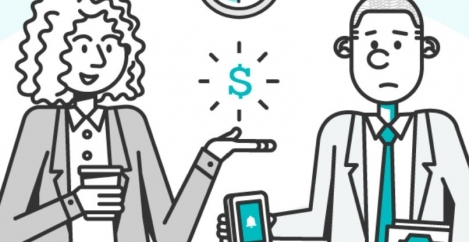 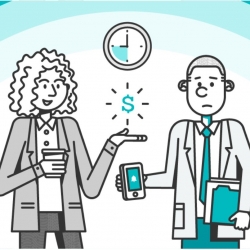 Standing out in a competitive job market isn’t always easy, so some employees may implement various tactics to be more noticeable, including working overtime. Working the occasional overtime shift might not seem like a big deal, but is it?

According to a new study conducted by ZenBusiness, nearly 1 in 3 employees reported working overtime “always” or “most of the time.” In addition to putting in extra hours at the office, which over 42 percent of employees admitted doing, around 30 percent of workers completed work-related tasks at home. The primary reason employees worked overtime was to tackle their heavy workload.

With increasing importance placed on finding a work-life balance, what impact does working overtime have on employee happiness and satisfaction? According to ZenBusiness’s report, employees not paid overtime experienced higher levels of work stress, while those who were financially compensated for their extra hours were more likely to experience work satisfaction.

Employees experiencing the greatest job satisfaction worked overtime to get ahead or prepare for upcoming projects, impress their co-workers, and make more money.

When looking at income as a primary motivator to extend work hours, those who worked at the office were most likely to be paid overtime. However, working extra hours at the office may not always be the best option: Employees were the most likely to experience dissatisfaction when completing overtime at work.

A matter of seniority

If you’re putting in extra hours at work, your boss probably has noticed your dedication to the company. Seven in 10 managers said employees working overtime changed their perception of these employees. In fact, 76.5% of managers viewed these employees as hardworking, while 73.5% thought they’re committed, and 54.9% viewed them as responsible.

That being said, not all employees who dedicate extra hours to work are viewed in such a positive light. Over 10% of managers thought employees worked overtime to appear favorable, 8.3% believed the employee was bad at time management, and 6.8% said the employee must be too distracted during work hours.

In addition, more than 1 in 4 bosses said they don’t want their employees to work overtime, and managers who feel this way were much less likely to perceive them as diligent, trustworthy, and admirable.

Meanwhile, less than half of employees believed extra work to be worthy of admiration; some even call it an act of overachieving. These comments, however, mostly came from co-workers rather than managers. A significant number of employees still said they received acceptable feedback for working overtime.