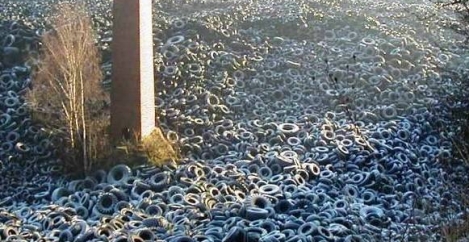 Getting back to environmental basics in the Anthropocene era 0 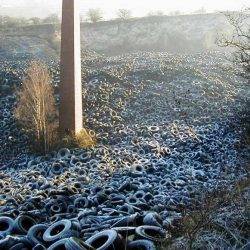 A new word has recently entered the public discourse on the environment. It describes the current epoch of geological time as the period in which humans have had an impact on the world’s climate, geology and ecosystems. Although yet to be formally recognised by the mainstream scientific community, it has been in existence for a short time and last year the Working Group on the Anthropocene (WGA) voted to formally designate the current epoch the Anthropocene. The principle was presented for recommendation to the International Geological Congress on 29 August 2016. Its general usage has grown but it seems only a matter of time before it becomes the norm to describe an era in which the Earth’s most important environmental characteristic is the activity of people. This is an important development because it marks a new phase in the dialogue about humankind’s impact on the world. We’ve always been concerned about specific environmental challenges, including issues like CFCs, recycling, greenhouse gases and carbon fuels. But talk of an Anthropocene epoch puts all human activities in the spotlight. It’s no longer enough to do ‘our bit’ for the environment. We must address a much wider concern about our existence and activities. The rapid growth in awareness of the impact of plastics on the oceans is an indicator of what is to come.

This has all been gestating for a while, even if we have lacked a widely accepted term for the challenge we face. The fact we now have one and it reflects the long term, potentially cataclysmic consequences of the way we live would suggest we are at the tipping point and the solutions will need to be sophisticated and work over geological time scales.

One of the key issues in this regard will be what happens to the things we no longer use. We are increasingly aware of the amount of our waste that is now in the environment. A recent study by researchers at Leicester University found that since the Second World War, humans have created enough plastic to coat the entire world in cling film. This would be alarming in its own right, but that is before you consider what becomes of it all. The average Brit produces around four times as much plastic waste as their Swedish counterpart and most goes to landfill.

The consequences of this behaviour are increasingly apparent. Our news and social media feeds are filled with images of floating islands of rubbish on the seas, beaches covered in plastic and the corpses of animals choked, mutilated and poisoned by the things we discard.

So this is a problem of behaviour as much as it is materials. Labelling a single use plastic bottle does not make it environmentally friendly if it ends up floating around in the North Sea. It’s not even as if the PET from which it is made will be subject to the forces of nature. For example, the life cycle of the 120 billion plastic Coke bottles that come into existence each year goes something like this. 3.4 million years for the raw material – oil – to form. Bottle in use for 60 days. Bottle degrades in the environment for 10,000 years.

Of course, the design of the product makes a difference. As the Recycling Association has pointed out, the design of some products makes them impossible to recycle, largely because of the mix of materials they use. Something as ubiquitous as a Pringles tube is a recycler’s nightmare because of its cocktail of card, plastic and metal. Lucozade bottles may be made from recyclable PET, but the addition of a plastic sleeve sends them straight to landfill or the ocean.

But still, the major challenge remains about the decisions we make and the way we behave. This is just as true in a business context as it is in our consumer purchases. Organisations are increasingly focussed on getting beyond the headline environmental claims of products, the B2B equivalent of a recycling label, and looking at supply chains and life cycle management. They are doing this not only to meet their own environmental objectives, but also to take advantage of other benefits such as costs savings and the increasingly well-established links between an issue like green building design and the productivity and wellbeing of staff.

The ground rules for this are already in place, formed by specific programmes such as the CDP Supply Chain Initiative and European Supply Chain Institute as well as research from the Green Building Council and partnerships such as that between the Building Research Establishment and the WELL Building Institute.

New approaches from suppliers form the final part of the equation. This is crystallising into a very sophisticated approach towards procurement which means not only buying the most sustainable products in terms of materials, processes and recyclability but also buying them from suppliers who can demonstrate a sustainable approach in a wide range of aspects of their own business and who can demonstrate a whole life cycle approach to the products they make.

The best suppliers tend to share important characteristics, not least a desire to deliver products and services that exceed industry norms and the requirements of legislation. Their environmental policies will also tend to look at the impact of every aspect of the firm’s operations. They will have a progressive approach to dealing with waste and recycling, based on an understanding of product design and the product’s whole life cycle. They will also demonstrate a commitment to minimising or even negating the impact of the firm’s activities on the environment.

This is a step we all must take and demand from others. We can no longer afford to seek out piecemeal solutions to specific environmental issues. We can no longer rely on labels and box ticking exercises. In the Anthropcene era, we have to address the fundamental issue of our place in the world.

Alison Kitchingman is Director of Marketing and Design at Milliken – Carpet Division. www.millikencarpet.com. Milliken is implementing a new recycling system: Re-Vision. Significant research, development and major investment in the new technology means that the firms is now able to offer a proprietary closed loop recycling system.