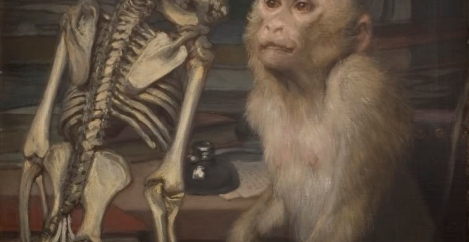 Getting back to the future of work 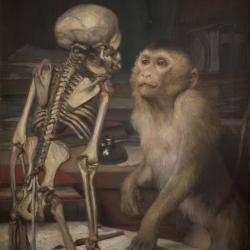 Quoting George Orwell is the kind of thing that people who haven’t read George Orwell do. I have read Orwell, and even have a  drunken story about Paul Shane signing my copy of the Collected Essays, which was the only autograph-able material I had on me at the time I met him in a pub in about 1990. For another time. In Nineteen Eighty-Four, Orwell describes Winston Smith’s realisation that the best books are those that tell you what you already know. This is an ancient profundity, and one that is sort of useful during times of significant, rapid change, when we are obliged to confront old truths in a new context. History doesn’t repeat itself, it rhymes, as they say.

It’s an idea that I grapple with on a daily basis, especially in response to many of the Grand Pronouncements about work and the future of work that clog up my feed and inbox.

These pronouncements tend to fall into one of two categories. Those that express an old idea as if it were new, sometimes by relabelling it. And those that ignore what we already know, sometimes by assuming people are blank slates.

Half empty offices were the old normal too, and had been for a long time

Typical of the former is the currently often repeated observation that offices are only half full now that we are seeing people return to them. This is treated as evidence that we are in a ‘new normal’ but overlooks the fact that half empty offices were the old normal too, and had been for a long time.

So, the real and interesting question is why organisations haven’t done something about their half empty offices before. And what the implications are if they decide to do something about it now. This is a question Neil Usher grapples with here, concluding that:

“The possibility of having an appropriately sized, focussed, lower cost, higher quality, better performing and sustainable workplace that creates a fantastic experience by enabling the right people to work together as they need, responding daily to changes in the needs and priorities of people, teams and the organisation, is very real.”

Antony Slumbers expands on the implications of this here, centred on an argument that the focus of the real estate industry needs to shift to serving people. The future of work is not about the buildings per se.

“The actual real estate is the last thing that matters. It’s what you discuss after you have designed for all human factors. However, because this is the approach, the resulting real estate will be better than ever before. It will exist to deliver against a comprehensive list of requirements, and in doing so will perform at a level hitherto unimaginable or at least very very rare. You make great real estate by not concentrating on the real estate.”

Antony has been banging this drum for some time, and the idea that the workplace sector needs to shift its focus to humans was also the focus of this 2016 conversation I had with Ian Ellison. Starts around 30.40 if you can’t be bothered with the rest of it.

This is why we may find that non-workplace disciplines become central to the conversation about the changing nature of work. It was interesting to see that the April 2022 issue of Anthropology News was dedicated to the subject.

This emphasises the fact we are not blank slates. Indeed, as Tim Urban points out in this Twitter thread, we are evolved primates trying to make sense of the alien world in which we find ourselves. It’s a truism I return to whenever I see people talking about something called ‘proximity bias’.

Maybe we can unlearn our hardwired preference for closeness, or at least manage it differently, but what happens if we can’t? What happens if our attempts to do away with it and other elements of our natures have unintended consequences?

We are about to find out what happens when you insert apes into the next phase of technological change. This particular primate is struggling with this right now, despite the efforts of better informed primates like Anita Lettink and Andrew Spence to set out the issues and opportunities and what they will mean for the future of work.

Perhaps the problem is that they are describing something we don’t already know. They are not presenting us with a revelation of prior knowledge, but something else entirely.

Quiet quitting is not a thing, but employers do need to offer more fulfilling work Who’s driving this bus, anyway? A critical review of Leading People in Change by Jennifer Bryan