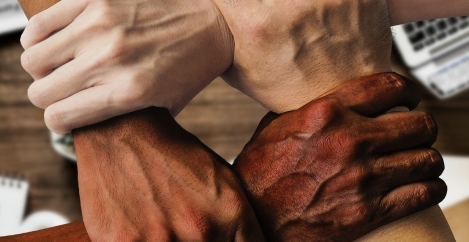 Getting on with colleagues key to job satisfaction 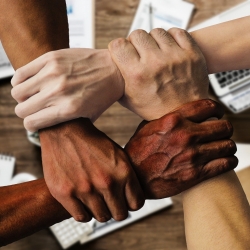 Getting on well with colleagues gives workers greater job satisfaction than having a good salary, new research has claimed. “New Decade, New Direction” by the Institute of Leadership & Management asked more than 2,100 workers to identify the factors that affect their job satisfaction and explored their career plans for the new decade.

Good relationships with colleagues were seen as the most important factor in determining job satisfaction, cited by 77 percent of workers who said they were “satisfied” with their job. Among satisfied people, salary was the eighth most important factor in determining happiness in their job, whereas dissatisfied employees cited it as third. Overall, only 24 percent of respondents described themselves as “very satisfied” in their current role, while 48 percent were “somewhat satisfied”.

According to the research, partnered by Amazing If and Triangirls, access to training and development, being trusted to take on more responsibility and access to flexible working are also important for job satisfaction. Satisfied workers considered salary less important than feeling connected to the purpose of the organisation and having a challenging role.

Kate Cooper, Head of Research, Policy and Standards at the Institute of Leadership & Management, said: “This research reveals that it can be the less concrete factors, such as relationships, that can make the difference between someone enjoying their job or not – and potentially wanting to leave. At a time when mental health and wellbeing is high on the agenda and rightly being taken more seriously, it’s particularly encouraging to see the majority of people recognising the importance of having good relationships with their colleagues and even giving it a higher priority than factors such as salary. These relationships can help to create a healthier and happier working environment, and a team with higher morale.

While they may persuade people to hang on in their current roles, pay rises won’t make anyone automatically like their jobs more.

“While they may persuade people to hang on in their current roles, pay rises won’t make anyone automatically like their jobs more. So, while pay is really important – particularly if we feel that, compared to others, we’re being inadequately rewarded – it still doesn’t provide us with intrinsic satisfaction with the work that we do. To help encourage greater levels of job satisfaction, it’s crucial for business leaders to understand what’s important to their staff, which isn’t always financially driven, as our findings show.”

What women – and men – want

The researchers claim that women seek job satisfaction through work-life balance, while men prefer a challenging role. For women who are satisfied in their current role, the findings suggest a short commute and generous annual leave entitlement add to their satisfaction. In contrast, men see challenging work and a positive company culture as more important. This seems to suggest external factors are more important to women than internal organisational ones.

Among dissatisfied workers, almost half of women said that feeling valued by their manager was an important factor affecting their job contentment. In contrast, male dissatisfaction was mostly affected by their trust in their CEO.

The start of a new year – and decade – often inspires workers to reflect on their career goals, the Institute says. Expanding professional knowledge was voted the top career goal for 2020, being cited by 50 percent of all respondents. This was followed by getting better at leading and managing (36 percent) and improving work-life balance (32 percent). A fifth of all respondents said they want to get a new job in 2020 and 27 percent aim to get a pay rise this year. Among dissatisfied workers, however, getting a new job was the top priority, cited by 48 percent.

How to enhance job satisfaction

These are the Institute’s tips for managers who want to retain their staff and ensure their organisation is a great place to work: