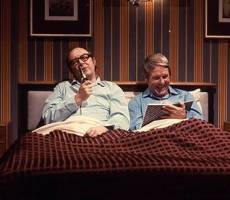 The UK government has announced that it is to extend its groundbreaking One Public Estate scheme to a further twenty local authorities. The programme aims to divest and consolidate government-owned land and property to cut public sector spending and boost economic growth and regeneration. The government believes the initial phase will save £21m in running costs and £88m in capital receipts, generate around £40m for local economies and create an estimated 5,500 jobs and 7,500 homes over the next five years. The Cabinet Office is now looking to build on this with the extension of the schemes to councils including Liverpool and Birmingham city centres as well as six from Greater Manchester and Cornwall, Southampton and Plymouth. The Government Property Unit will provide funding and training to the participating authorities.

Peter Fleming, LGA improvement and innovation board chair, said the programme demonstrated what could be achieved through property reforms. ‘The first round has been extremely successful and this second round will continue to build on the good work achieved so far. Local authorities have been in the driving seat and the achievements made during the first wave represent a tiny proportion of what we believe One Public Estate can achieve.’

Cabinet Office minister Francis Maude added the scheme would free up buildings in addition to the 1,250 that the government has got out of since 2010. ‘This programme shows what can be done when central and local government work together, and it’s great to see more and more local authorities entering the programme and demonstrating a readiness to save money for taxpayers, create new jobs and deliver better services by using their assets more efficiently.’

The 20 authorities taking part in the second phase of the One Public Estate programme are:

Bradford (in partnership with Leeds)

The 12 authorities in the first phase were:

In a separate announcement the government has also announced that the Department for Communities and Local Government (DCLG) has now moved in to share its offices with the Home Office in Westminster. The departments former home will now be redeveloped into commercial property and retail space. A report from the National Audit Office claims the DCLG move will save taxpayers an estimated £220m over the remaining lifetime of the current private finance initiative contract.

Eric Pickles, Secretary of State for Communities and Local Government, said: ‘There is still immense inefficiency across the public sector. By sharing services and streamlining our own back office, we are practising what we preach to town halls by illustrating the scope to save even more taxpayers’ money. And in waving goodbye to the old building which will be turned into new shops and offices, we are also doing our bit to support the exciting regeneration of London’s Victoria.’