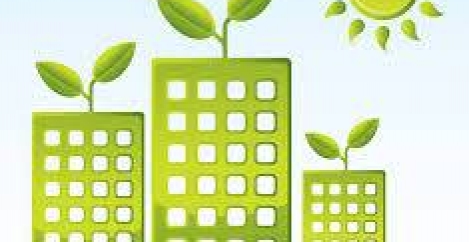 Minneapolis – the home of US green building design

It’s not just Europe that is experiencing an explosion of interest in green building design. According to a new report from CBRE and Maastricht University, the past ten years have seen a transformation in the way the US corporate real estate market approaches the environmental performance of buildings. According to the National Green Building Adoption Index for 2014, produced by CBRE there has been a remarkable increase in the  application of green building standards in the thirty most important regional commercial property markets in the US. Based on data from the US Green Building Council,  the number of office buildings which are LEED* or Energy Star** certified has surged since 2005. The proportion of LEED certified buildings in America now stands at 5 percent, up from under 0.5 percent over the course of the survey period. The total proportion  of office space which now has some form of green accreditation is just under a fifth.

Energy Star has experienced a particularly impressive rise in popularity. Since 2005, the proportion of total floor space in the US’s key markets has hit just under a third (30 percent).

Other key findings of the report include:

“We have all seen the rapid growth in the number of green-certified buildings in the markets in which we work; however, we were quite surprised to see how large the numbers actually are. Green is absolutely the new norm,” said Dave Pogue, CBRE’s Global Director of Corporate Responsibility. “We wanted to do something in the built environment to help advance the discussion of sustainability. With the Real Green Research Challenge, we have the opportunity to affect the entire real estate industry and have a lasting effect on the way real estate is built, occupied and financed, and in doing so be a force for positive environmental change.”

Led by Dr. Nils Kok of Maastricht University of the Netherlands in close collaboration with the US Green Building Council (USGBC) and CBRE, the study quantifies the dynamics of the growing market for green building space in US markets. The study uses Environmental Protection Agency Energy Star and USGBC LEED statistical data from 2005 through 2013 and includes more than 34,000 buildings (totalling more than 3.5 billion square feet) in the central business districts of the top 30 US markets (by square footage).

“This is the first study to quantify the relevance of green building practices in the commercial real estate market,” said Dr. Nils Kok, Associate Professor in Finance and Real Estate, Maastricht University. “While we all know examples of LEED-certified buildings, the results presented here are facts based on a robust methodology, not anecdotal evidence. The evidence shows that green has become mainstream in all major US cities.”

*The Leadership in Energy and Environmental Design (LEED) is a system of classification for sustainable building design that was developed by the Green Building Council in 1998. It lays out a series of standards for environmentally friendly, resource  saving and sustainable buildings. LEED consists of a certification system based around a series of criteria towards which applicants earn credits. These credits are subdivided into six categories; sustainable sites, water efficiency, energy and atmosphere, materials and resources, and indoor environmental quality, innovation and design process.

**Energy Star is an international standard for energy efficient consumer products which originated in the USA but has now been adopted by other countries. It was first created as a government programme driven by the Environmental Protection Agency and the Department of Energy. It specifies that devices must exhibit certain features including the ability to switch off after a set period of time. For computers this includes shutting down the hard drive and central processors into a low consumption standby mode. It is now routinely a label granted to IT devices around the world.