Half of workers feel pressured to come to work when ill 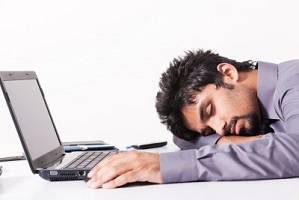 You’ve nearly made it through the week and feel like rewarding yourself with a duvet day? Think again, the more realistic picture is you’ve a horrible virus but have staggered into work regardless, rather than risk the wrath of a disbelieving boss. New research this week found that nearly half of all workers feel pressurised to come into work by their line manager when they are ill. “Under Pressure” from Adecco Retail also found that far from “shirking from  home”, a third of the 1,000 people interviewed (31 per cent) feel expected to carry on working from home even when sick.

The study also reveals a marked difference in attitudes dependent on a worker’s age, with three-quarters (78 per cent) of 16-24 year olds feeling pressured to come into work when ill compared to less than a third (30 per cent) of those over 55.  Reportedly, the pressure is greater on women: whilst just a third (36 per cent) of men feel pressurised, over half (53 per cent) of women feel they need to come in even though they are ill.

Steven Kirkpatrick, Managing Director at Adecco Retail said: “With almost half of us feeling pressurised to come into work when ill, there are millions of workers at the office when they should really be at home.  We found that ill workers are much less productive (most workers (61 per cent) said they were up to 50 per cent less productive). We advise ill workers to stay at home and suggest employers, for the good of their whole team, encourage those with illness to rest and recuperate.”

Worryingly, bad management is causing stress at work for half (47 per cent) of all workers, and long hours are causing work place stress for over a third (37 per cent) of us. Bullying from colleagues affects one in five workers (19 per cent). Four in ten (42 per cent) said an overly heavy workload was affecting their well-being at work.

Said Kirkpatrick: “Stress at work is also something employers need to be aware of.  Long hours, bullying and bad management are causing stress for large numbers of British workers. This in turn leads to days off. In order to keep the financial implications of sick days down to a minimum, employers need to address these issues head on to ensure an engaged and happy workforce”.

The report also looks at measures employers can take to help cut down on sick days. To stop us throwing sickies, over a third (38 per cent) said being able to do flexitime would stop them pulling a sickie, and another third (37 per cent) said being able to work from home would stop them being off ill.  Four in ten (42 per cent) would like flexible working to cut down sick days. Over half (52 per cent) feel employees should be rewarded for not taking time off sick.