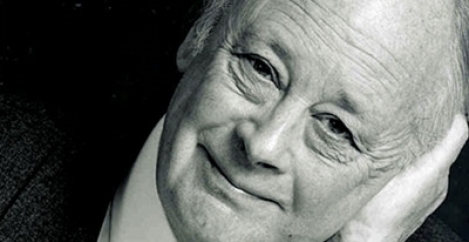 How Charles Handy changed the way we speak about the workplace 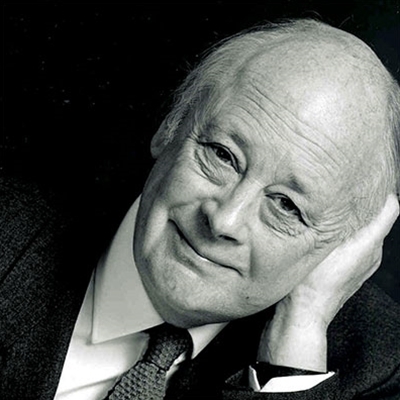 There are writers whose language pervades our discourse so extensively that even those who have never heard of them will echo not only their sentiments but also their means of expression. One of these people is Charles Handy, who has just published his latest book 21 Letters on Life and its Challenges at the age of 87. His work resonates to this day and not least because he was so far ahead of the curve in detailing many of the characteristics of modern organisations and the challenges created for everybody by the changing nature of work and business.

The scope of his intellect and humanity is evident on the page, in his interviews and his broadcasts.

He reeks not only of credibility but also of warmth. Do a Google image search of him and the pictures you’ll find create an epitome of English middle class academic decency; sensible jumpers, country churchyards, East Anglian fields, comfy armchairs and a benign smile. The faint whiff of Werthers Originals – possibly tempered with a glass of malt – is evident in every frame.

Appearances are deceptive of course. For somebody who has been criticised as a soppy idealist, especially in his later more philosophical writing, he does have a habit of winding people up: not because they disagree with what he says but because they don’t like it.

The traditional roots of futurism

Life can only be understood backwards but you have to live it forward. You can only do that by stepping into uncertainty and by trying, within this uncertainty, to create your own islands of security….The new security will be a belief that …if this doesn’t work out you could do something else. You are your own security.

In spite of all the apparent trappings of Englishness in his image he is, in fact Irish. He grew up in a vicarage in County Kildare, where his father was the rector of two small country parishes. His great-grandfather was archdeacon of Dublin at the end of the 19th century. He left Ireland for Oxford University, where he graduated in 1956 with first-class honours in ‘Greats,’ the study of classics, history, and philosophy. After graduation, he joined Shell International where he spent 10 years as a marketing director, manager and economist. Challenged by his wife Elizabeth who claimed Shell ‘owned him’, Handy left Shell in 1967 to establish the Sloan Programme at Britain’s first Graduate Business School in London.

The seeds of all of his later work were clearly sown in these early years. All the disparate themes are there; village life, spirituality, classicism, the corporation, management theory and the relationship people have with their employers.

These ideas began to coalesce in his first book, the classic Understanding Organisations, published in 1976. On the surface an academic text book, it highlighted certain issues that were to become the central themes of his later work, not least by pointing out that organisations exist as communities and not just as economic entities and that this must be reflected in their relationships with their employees.

In the Age of Unreason he describes an organisational structure that will be very familiar to us now but which was still fairly new when the book was written, a “federal organisation” in which power and responsibility devolve from a small corporate centre to business units and, ultimately, to those closest to the action. In other words, a core organisation with a devolved structure of teams supported by contractors, freelancers and consultants. Or as he later described it in a characteristic metaphor, the relationship of the elephant and the flea.

The rise of the fleas

We cannot wait for great visions from great people, for they are in short supply. It is up to us to light our own small fires in the darkness.

Fleas are easily identifiable to us nowadays; non-conformist, talented and, in their own words, unemployable. Handy’s original name for such people was portfolio workers and he also identified the need for them to deal with the uncertainties of this new world of work. Not only the inner strength but also the need to constantly reinvent themselves and develop a range of skills they could sell.

So influential is his work that you can hear his voice echo throughout all modern management thinking and a lot of what you read about office design. His long-held belief that the office is a social space, a village for the people who work for it full time or otherwise, is now received wisdom. His argument that people are a business’s greatest asset may be a clapped-out cliché but it is one which continues to inform decisions about the things organisations give to these people and the things with which they surround them. It was also Handy who popularised the idea that organisations should see themselves as having a social role and so helped to frame the debate about the nature of organisations, their duties to stakeholders as well as shareholders and corporate social responsibility.

Criticisms, when they have come his way, have tended to come from those who point out how easy it is for a wealthy man who has taken a conscious decision to only work six months a year to pontificate about the search for spiritual meaning in work.

He has also found himself in the firing line of those who simply don’t like what he has to say; shareholders who don’t like him saying the company exists to do more than just make them money, individuals who don’t like him saying their careers are uncertain, probably doomed and they’ll need to develop new skills all the time. But as he points out himself, he is often describing what he observes not prescribing solutions. His work is pessimistic in the short term, optimistic in the long term because he says ’life without hope is dismal’.