HSE swoops to take action against fifth of refurb sites 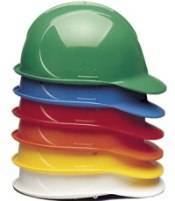 The UK’s Health and Safety Executive (HSE) has taken enforcement action against a fifth of the refurbishment sites it visited as part of a month long programme of inspections. HSE inspectors visited 2,363 sites where refurbishment work was taking place and served 631 enforcement notices at 433 sites.A total of 451 notices were served that ordered work stop immediately until appropriate action was taken to minimise risks to workers and members of the public.  The inspections took place between 18 February and the 15 March as HSE officials made unannounced visits to constructions across the UK to check on measures taken to counter high risk situations such as working at height and other circumstances such as the use of PPE equipment.

The HSE’s Chief Inspector of Construction, Philip White, said: “This initiative has once again shown us that the majority of construction employers do take their responsibilities to their workers seriously. “However, our inspectors also encountered numerous examples of poor practice, from lack of edge protection on stairwells and scaffolding to unsafe storage of flammable materials and inadequate personal protective equipment. None of these are acceptable on a modern construction site.”

During the last reported year to 2012, 49 workers were killed while working in construction and 2,884 major injuries were reported.

The best Swedish workplaces for 2013 are announced Video: Forget Yahoo – why telecommuting is good for your business