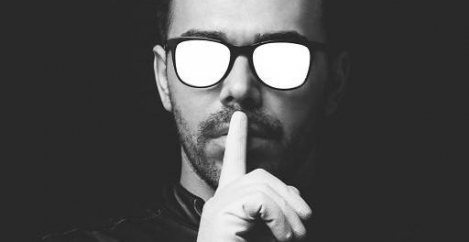 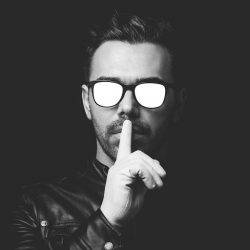 Asked for the dream millennial workplace, most people would probably envision a brightly coloured open environment with pool tables, bean bag chairs and maybe a small basketball court. But it turns out that young people in the workplace have the same psychological requirements as the old crowd, and may even be more sensitive to distractions. A recent study by Oxford Economics suggests that distractions in the workplace are seriously hindering people’s ability to concentrate and perform, with little recognition from above. The transition to open offices since the end of the 20th century and the environmental factors they bring into play may be affecting people’s mental health, reducing employee happiness and thereby the bottom line of business performance.

All people want to be able to work to the best of their ability, but there are some discernible differences in the way different generations think and how they respond to their surroundings. Generation Y have been shown to hold lofty career goals, believing they should be given responsibilities befitting their competencies, and elevated as quickly as they deserve. They also tend to value relationships with co-workers more highly than previous generations, with an eye on erasing the old paradigm of the ‘work-life balance’ in favour of a seamless melding of the two worlds. MTV Insights’ No Collar Workers survey for instance reported that 88 percent of US millennials wanted their co-workers to be friends, compared to 60 percent of baby boomers.

On the face of it then, the open office structure brought in to save space and encourage communication would seem a perfect fit. Young employees can easily talk to their colleagues and collaborate in spaces that are designed to feel more modern than the traditional offices and cubicles of the standard working environment. But it turns out that the millennials’ favourite mod cons may also be making them more sensitive to the chief distraction of an open office: noise.

More people now live in bustling urban areas than ever before, commuting every day on thunderous underground trains or busy buses. Computers whirr in the background, and constantly connected devices chirp with WhatsApp and Snapchat alerts. Fewer houses and high rent means flat sharing means dealing with noisy neighbours and less space to relax in.

According to Guidelines from the World Health Organisation (WHO) the cumulative effects of noise exposure can lead to reduced productivity, decreased performance in learning and absenteeism in the workplace. Turning ambient office noises that many have learned to tune out into major annoyances.

Flexibility and the disparity between consumer and workplace technology are also regularly cited as issues for young employees, and this is where much of the focus of management has turned. But thanks to the image projected by big tech companies, the modern switch to adaptable and tech driven jobs has been conflated with an airy, open office design.

All too often the drive for space optimisation based on operational costs is ignoring the potential impact on workers. Perks like snacks and a rec room are a popular carrot to dangle in front of young employees seeking a relaxed environment, but they do not address the underlying problems. This is assuming that these environmental issues are recognised at all: according to that same Oxford study, a vast majority of execs do not consider noise to be a major issue for workers, and a third did not even consider it when designing their office space.

The inevitable issue with recommending changes is that many spaces are already open plan. Changing back to the old model of individual offices would prove extremely costly, not to mention losing the benefits of being open plan. Fostering a sense of teamwork and friendships in the workplace remains one of millennials’ key career goals,more so than any other age group. The key is to find a balance between the two plans and working styles which is tailored to your business, and specifically the needs of each employee.

Giving each operator in a call centre their own space for example might not be necessary, but privacy and room to think is pivotal for programmers, artists and designers, who tend to be more introverted and require greater concentration. If the feedback from your employees is that drastic changes are required, then so be it, but smaller tweaks could help mediate between immediate savings and the less tangible aspects of worker happiness and productivity.

Swap fans for quiet air con, and use better quality sound systems for PA announcements. As ‘white noise’ has been found to be far better than lyrics or podcasts for concentration, consider providing an optional selection of high bitrate ambient or classical music on your computer system. Project oriented businesses might benefit from quiet working areas, while people who need to take a lot of calls and meetings might be better off with their own space.

This doesn’t even need to be away from the main office floor: some journalism and publishing environments have taken to creating box-like glass offices in the centre of the room, allowing for some quiet and privacy while making an editor or manager available. Soundproofing rooms and cubicle walls can significantly reduce reverb and noise penetration, cutting out the staccato bursts of conversation that people find particularly distracting. And if you’re looking for less foundational changes, new technologies allow to you mask and channel noise in specific locations.

The realities of the modern workplace make it difficult for employees to retain the intimacy and personalisation of the old office, and this isn’t likely to change. But if you want contented and productive workers, there are few factors of more direct important than noise. Surveying your employees and assessing the expectations of new recruits can give you a better picture of these factors, allowing you to plan space and deploy solutions that should last through to Generation Z.