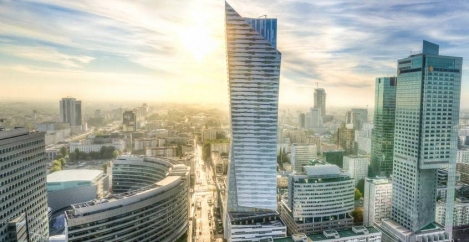 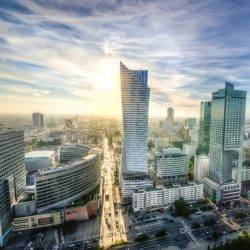 Investment levels across European corporate real estate markets are currently on course to meet 2017 levels, after finishing last year on a high. Levels of investment in the first three months of 2018 was broadly in line with the long term average following one of the strongest final quarters recorded in the report from real estate consultancy Savills. Commercial investment totalled €46 billion across the survey area, down 8 percent compared to the same period last year but broadly in line with historic trends.

Poland recorded the highest investment growth at 329 percent, followed by Belgium at 248 percent and Luxembourg at 144 percent. In Poland (Warsaw pictured) the sale of a €1 billion retail portfolio gave quarter one volumes a boost and in Belgium a number of large deals carried over from the final quarter of 2017.

The research also shows that the UK, Germany and France remain the dominant markets for investment, collectively accounting for 63 percent of activity while the biggest falls in activity were recorded in Romania with a decline of 81 percent, the Czech Republic down 77 percent and the Netherlands down 53 percent.

Savills says this can be partly attributed to the Czech Republic and the Netherlands both experiencing investment activity well above their long term averages in 2017 and that the fall in volumes may be a sign of investors taking a breath in the first quarter of the year before resuming activity later in the year.

The amount of overseas money invested in the region also remained unchanged with international investors accounting for approximately 30 percent of all cross border transactions, although the allocation per asset classes and geographical destinations has become more pronounced depending on the origin of investors.

Overall office yields are at historic lows due to continued strong demand, according to the report. Prime CBD office yields are now at 3.86 percent with the highest movements compared to the first quarter of 2017 in Frankfurt, Amsterdam, Lisbon, Helsinki and Berlin.

According to Savills, due to the lack of prime office space available in central locations, secondary CBD office yields and prime non-CBD office yields are also under strong downward pressure to an average of 4.91 percent respectively.

‘Prime office yields will remain stable in core countries but will continue hardening in other parts of Europe, notably CEE and southern European countries. The yield gap between asset classes and locations will continue closing but prime products will remain the main targets for investors,’ said Lydia Brissy, director in Savills research team.

According to Marcus Lemli, head of Savills European investment, in spite of softer investment activity during the first quarter, at the moment the firm expects 2018 full year turnover to be in line with last year’s volume at approximately €242 billion. ‘European prime real estate remains an asset class of choice due to attractive yield spreads over long term interest rates and positive rental growth prospects, and offices will continue to be the preferred destination, although investors’ appetite for alternative assets will persist,’ he added.

The week in workplace; six stories and one song that made us think UK firms may be lagging those of other nations in offering flexible working