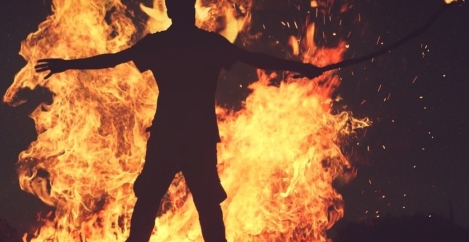 Is it time to get rid of all workplace policies and procedures? 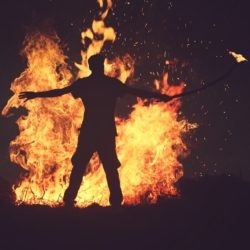 After twenty-five years of telling employers that their first response to any workplace problem should be ‘draw up a policy’, it pains me to even suggest this; but what if we abolished all workplace policies and procedures? Yes, you heard me correctly – no policies for discipline and grievances, for handling sickness absence, menopause, mental health, flexible working, redundancies, emails, dress codes, discrimination etcetera.

There are a few very credible reasons why it might be a good idea. Firstly, we simply have too many of them. They have burgeoned over recent decades. Many represent an organisational response to the 60 plus jurisdictions that an individual can use to make a claim to an employment tribunal. It’s part of the individualisation of employment relations that we have become so accustomed to.

Writing a policy makes you lazy. It says problem solved

Secondly, writing a policy makes you lazy. It says, ‘problem solved’. Of course, we all implore employers and line managers to bring these documents to life by living and breathing the values they aim to promote. In reality, especially in many larger organisations, process often wins out over the right values and behaviours. Take the recent report from the academic Richard Saundry, on managing individual conflict at work.

Despite all the good intentions, most HR professionals see conflict management as “counter-aspirational” and, as line managers often lack the people skills and confidence to address issues informally, the policies and procedures for resolving problems before they escalate often act as straitjackets for procedural compliance, rather than as springboards for better relations between managers and staff.

Also, when you get too many policies and procedures coalescing around certain issues – for example around equality and diversity and wellbeing – you inevitably get calls to take things a step further and develop strategies. For many, strategies are the things you have to explain why the policies aren’t working!

Thirdly there is the issue of enforcement. Policies reflect the law and good practice, but to get people to believe and trust in them, the laws need to be enforced and be seen to be enforced. The same goes for workplace policies: are your absence policies consistently applied; do you respond to requests for flexible working fairly?  Enforcement is a problem – one acknowledged by government with proposals for a single enforcement body – but the problem goes beyond well-publicised issues such as the national minimum wage. Take health and Safety. In theory the Health and Safety Executive could enforce an employer’s ‘duty of care’ over an employee’s psychological as well as physical wellbeing, but how often does that happen? Despite calls for parity between mental and physical health, slips and trips still beat stress and anxiety.

Fourthly, as an adjunct to this, it’s worth asking – do we expect too much from employment regulations and, by default, workplace policies? For example, is it realistic to expect workplaces to regulate themselves towards greater equality? This year marks the tenth anniversary of the introduction of the Equality Act, with its protected characteristics for preventing discrimination on the grounds of age, gender, sex, disability etc. But as a report from UCL argued, there is a danger of using policies to try and tackle inequalities ‘vertically’ – focusing on individual circumstances – as opposed to ‘horizontally’, by looking at inequalities that impact larger groups in society and at work.

A report out last week from CAB highlighted the need to address these systemic inequalities; inequalities that need a deeper cultural change that cannot be brought about by employment law or workplace policies alone. The report showed that although 1 in 6 (17%) of the working population are facing redundancy right now, the impact of the recession is typically far from equal, with as many as 1 in 4 disabled people facing redundancy; 1 in 2 ‘clinically vulnerable to coronavirus’ facing redundancy; and 2 in 5 with caring responsibilities facing redundancy.

Policies and procedures are only one half of the employment relationship

Finally, policies and procedures are only one half of the employment relationship. They embody the explicit, written aspects of working life as opposed to the implied promises and expectations around behaviours and values that shape the psychological contract. The former has become too dominant at the expense of the latter.

After decades of individualism, the pendulum may be swinging back to another era of collectivism (reports of uptakes in union membership certainly back this up). So, as well as spelling out what should really be in the psychological contract, why not make it a collective commitment to improving working life for everyone? I believe that what we need is a principled based statement all employers and employees can sign up to about how we treat, protect and reward each other fairly at work. That can’t be so hard can it? Of course, this isn’t a new idea (what is?). The work done by the Carnegie Trust, amongst others, has started a similar debate by trying to agree on the metrics for measuring ‘good work’; metrics that can be applied to all workplaces. A kind of collective promise on things like employee voice, work-life balance and mental health.

Deep seated inequalities are rife and job insecurity may become even more ingrained for many workers in the years ahead. Recent figures from the ONS show a rise in zero-hours contracts in the care and retail sectors – the very sectors we have all been rightly quick to praise during the health crisis, for providing essential services and looking after the most vulnerable.

Policies and procedures can take us some way to solving the big workplace problems that confront us, but we will always fall short if we rely upon them too much. We need a bolder vision.